'Dekh Li Democracy?': What I Learned During a Few Hours in Ramban

I was part of a team that had planned a ‘Restore Democracy Yatra’ from Jammu to Srinagar last November, but we were not allowed to proceed beyond Ramban. 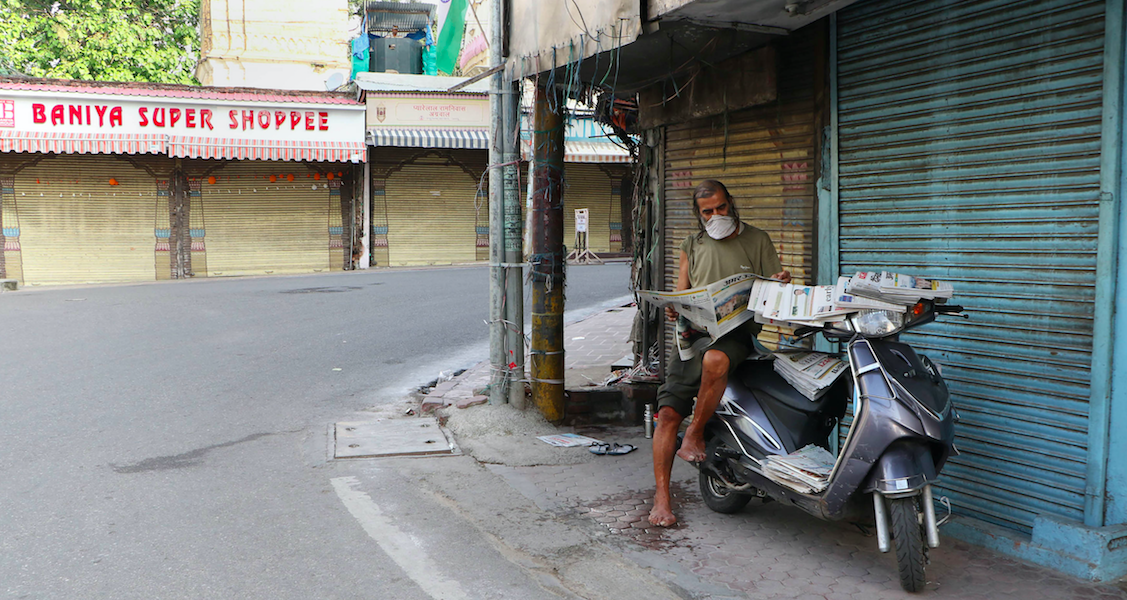 On August 5, 2019, the fabric of trust and consent among the people of the erstwhile state of Jammu and Kashmir was smeared in ways that might never be rectified.

While many parts of India attempt to revitalise lives and livelihoods after a virus induced lockdown, J&K continues to reel under an older lockdown.

Ramban is a dot on the hills with the Chenab flowing below it. The small arterial road through the town was peppered with small shops, largely empty, and punctuated by army men at every 100 yards.

Ramban wasn’t meant to be our destination. I was part of a team that had planned a ‘Restore Democracy Yatra’ from Jammu to Srinagar in November, 2019 but we were not allowed to proceed beyond Ramban, which was midway.

Drenched in heavy rains, we were greeted by an assortment of community workers, journalists, and vendors. We stayed in darkness in a community hall that evening as there was no electricity. The next morning I went around town to talk to members of the community. After learning of the hardships that many were enduring, I walked back towards the community hall around 1 pm to find it choc-a-bloc with men in khaki.

After a hurried lunch, I continued to meet more locals near the bus stand. Soon, a motley crew of 12 gathered around me. While they were discussing their ordeal of the preceding four months, the SHO and a few officers started hounding us. In a high-handed tone, the SHO rebuked, “Lecture baazi band karo (‘stop this lecturing’).”

I responded by saying, “I wasn’t lecturing but only listening to what people have to say.”

I said, “There is usually a public announcement when Section 144 is imposed but there has been no such announcement.”

Eyebrows raised, he retorted, “I made an announcement. But if you didn’t hear it, it’s not my fault, so don’t argue!”

The crowd around me looked at him uneasily. He instructed them, “All of you move away. Now!”

Pointing a finger at me, he told them, “Nobody will talk to him.” They scattered in seconds.

I continued to walk around and distribute pamphlets on who we were and what we were there for as two policemen followed me to ensure that I wasn’t assembling a crowd. Bystanders and street vendors with worry lines on their foreheads watched me, more with concern than incredulity.

I stopped in front of a roadside shoe-seller. Looking the other way, he said with pursed lips, “Please go away. The police are watching me.”

Behind him, two men who clearly looked like outsiders were selling clothes. They were from Bongaon in West Bengal. We couldn’t converse for more than a minute as the police kept their cold gaze on us. But in a brief exchange in Bangla, with their eyes hovering, they managed to convey the extent of tension and oppression that everyone was in.

People weren’t allowed to congregate. Nobody was allowed to talk about the reading down of Article 370. All businesses and modes of transportation were shut for more than three months, resulting in heavy financial losses for the entire community.

Around 3:30 pm, the SHO and several policemen told some of the travellers that we could not proceed to Srinagar. They said that there were landslides on the road. While many huddled around this conversation, farther away, an elderly gentleman was speaking eloquently about the history of Jammu and Kashmir (J&K). He spoke of the repeated betrayals by the government of India. He spoke about how Kashmir had been caged and how people here have no freedom to walk or talk. 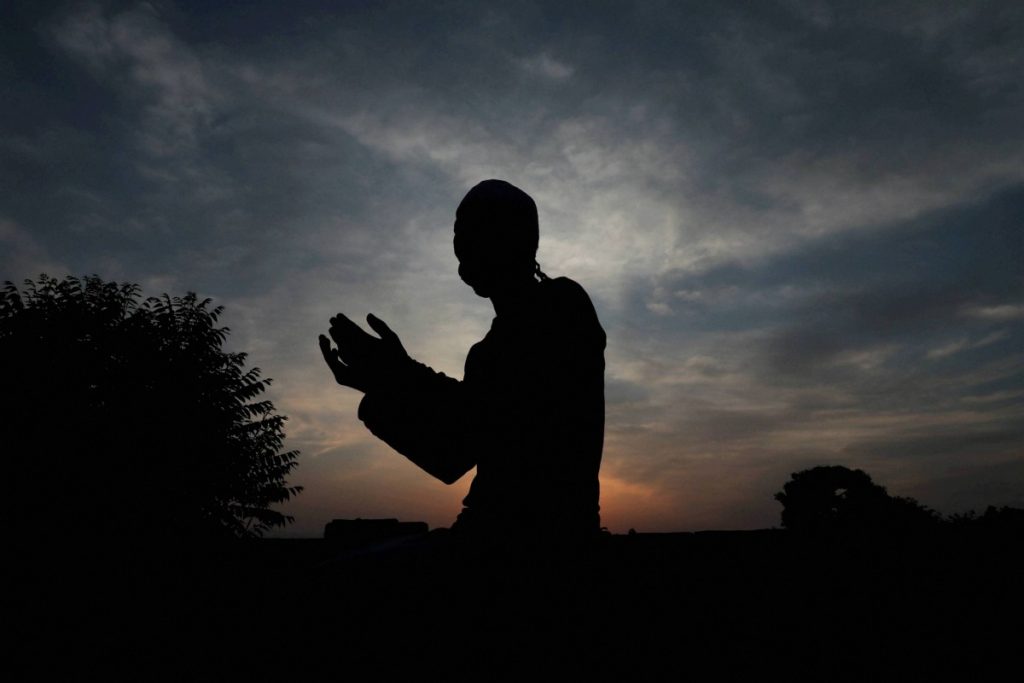 A man prays on his roof in Jammu on the first day of Ramzaan on Saturday. Photo: PTI

I started filming him with his consent. With much anguish he asked, “How can they betray us like this without asking a single person of J&K? I belong here. I have lived all my life here. How is it justified that some arbitrary person in an uniform from Madras, Bombay, or Delhi repeatedly forces me to show my identity card to him? And yet I have to. I carry a pocket full of identity cards…just to prove who I am! How is this justice?”

I stopped recording and thanked him. He wanted me to write my name and number for him. As I started writing it on a piece of paper placed on top of his identity cards, the SHO and his gang rushed angrily towards me.

The SHO pushed me, shouting, “Saale! You are instigating him and then recording him?”

Hurling abuses he asked the other policemen to arrest me. “You can’t do that. There is no question of instigating anybody. He was speaking of his own accord and I was filming him with his consent,” I said.

Angered, the SHO continued his verbal assault and began an attempt to seize my phone. At this point, Bilal, Guddi, and Abdul rushed to my rescue. Bilal grabbed my phone away, and the three pushed me into a tea shop and asked me to stay inside.

In the meantime, another senior police official, Imran, standing next to Guddi, pointed to a bespectacled portly man in a black sweater and said, “I know that you all mean well. I shouldn’t be saying this but that man is from the Intelligence Bureau and has been keeping track of all of you. There are several others keeping a close watch on you.”

Imran took Guddi to a nearby restaurant to talk. Seeing him go in, the SHO rushed to the restaurant as well. And so it was.

A few minutes later, with a resigned smile, Imran emerged. He told one of us that the police do not spare him as he has reservations about blindly agreeing to the government’s decisions.

By now the SHO’s project was complete. The police had scared every hotel owner and the local community. No one would give us shelter in Ramban for the night. They went around the bus stand telling bus and taxi drivers not to take us towards Srinagar. We had no option but to return to Jammu in three vehicles.

Still, a police jeep followed us till we left the Ramban district limits. Just as I was boarding a jeep to depart, Imran called me from behind. “Professor Sahab!” I turned around as he waved me goodbye with a smile while the SHO stared angrily at me.

We left in a few vehicles and stopped some 40 kilometres away for tea. Jagdeep and Javed, two J&K police personnel, had joined us for the yatra in their individual capacities. Jagdeep smiled and hugged me. Javed shook my hands and said, “What you did was absolutely right. They have crushed us.”

Javed, a heart patient, took out his phone and showed me photographs of his family. We exchanged phone numbers. Before leaving in different vehicles, Javed hugged me and said that he will ask his son to stay with me when he comes to Bangalore. Restrictions in Srinagar, Jammu and Kashmir on August 5, 2020. Photo: PTI

While on August 5, 2019, Articles 370 and 35A were arbitrarily revoked, changing the constitutional edifice and reducing the state to two Union Territories, August 5, 2020, further sanctifies a loaded, muscular imagination of India. The date chosen to kickstart the temple construction ceremony at Ayodhya does not appear to be coincidental.

It symbolises an idea of India where schadenfreude has attained legal sanction when masses of people feel justified in celebrating the construction of a temple on the destroyed debris of a 400-year-old religious structure. If a few civilians like us on merely a visit to J&K had to face such hostility then the continued plight of the people of J&K makes one squirm with unpleasantness.

On my way back to Jammu, looking out of the window of the jeep, I recalled how some people were laughing while a few had blank stares during my altercation with the SHO. Minutes before departing Ramban, while I was still inside the tea shop, Bilal walked in with a beaming smile, returned my phone, and said “Dekh li democracy?”

Note: All names except the SHO Vijay Kotwal’s and Guddi’s have been changed.