For at least three families, life changed overnight after members were arrested under the stringent law which they had little idea about. 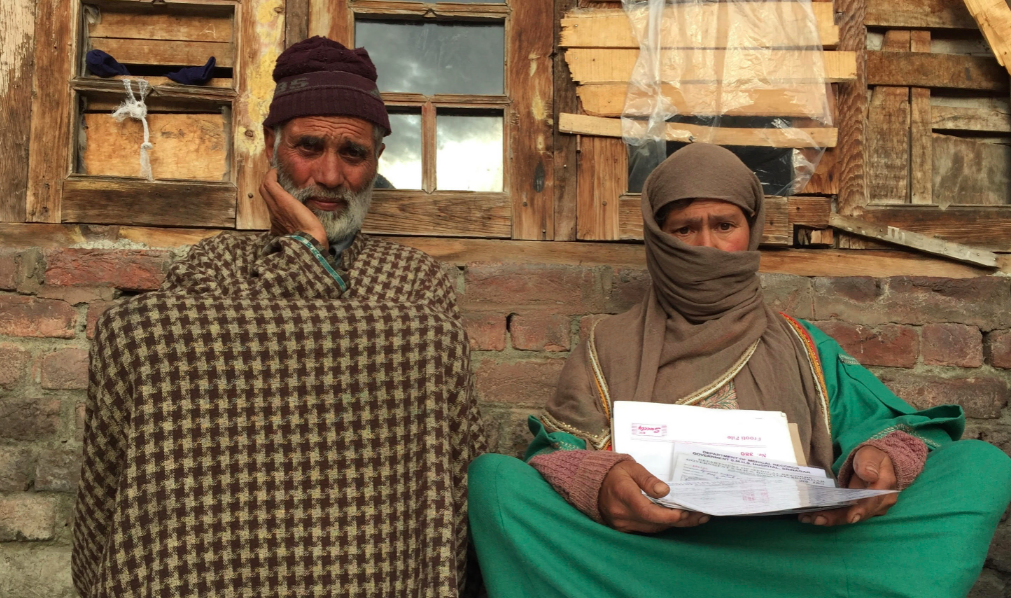 Hameeda Bano, mother of Tabasum Maqbool shows medical reports of her recent surgery in an effort to prove that Maqbool did not perpetrate crimes that J&K police have held her for but was instead caring for her at home. Photo: Kaisar Andrabi.

Pulwama: The ashes are cold in Habib Ulah Wani’s bread oven and his family is shattered.

It has been 15 days since the 45-year-old resident of Prichoo in Pulwama district was called in by Jammu and Kashmir Police for questioning. He was then booked under the Unlawful Activities (Prevention) Act for “leading a prayer in the memory of a slain militant in his locality,” said Wani’s wife Parveena Akhtar.

On April 4, when he first received a call from police, Wani had no idea why they had contacted him. When he went down to the police station, he was imprisoned.

“We had no news until the morning after that he had been jailed,” Akhtar told The Wire.

A day before Wani’s arrest, there was a gunfight in Kakapora village of Pulwama district, six kilometres away from their residence. In the gunfight, three militants were killed. Subsequent protests near the site of the fire exchange left scores injured, it has been reported. Of the three militants killed, one was Wani’s neighbour – Junaid Ahmad.

Since the pandemic, police have stopped returning bodies to militant’s families for burial, citing coronavirus as a reason. They have been taking them to Northern Kashmir and burying them in land that is directly under the army’s surveillance.

Police have, in the meantime, allowed funeral services to take place for members of the security forces who have died in attacks by militants.

In such a scenario, residents of Prichoo had decided to dedicate a prayer to Junaid Ahmad’s memory. This was lead by Wani.

“If carrying out our religious rights can land us in jail, then there is no doubt that a clear attack on our religious freedom has been made. We are helpless,” said 40-year-old Abdul Rashid, a relative of Wani’s.

Wani has five children and is the family’s only breadwinner. His eldest daughter is nine years old and has struggled with a fever since his arrest. With no prior knowledge on what the UAPA entails, Akhtar switches between caring for her daughter and worrying about exactly how long Wani can be kept incarcerated.

Habibullah Wani’s children and wife at his residence in Pulwama. Photo: Kaisar Andrabi.

“Who will feed us now? How can I manage to look after my four daughters and a newborn son?” she asks.

Wani’s relatives regularly visit the police station, asking after the case and pleading for his release. Rashid says police have assured them that he will be out soon. But he is skeptical and does not find reason to believe them.

“Police are misleading us. They had already filed a case against him after he led the prayers,” he says.

Rashid feels that the booking sends a very wrong message to society and could even drive more youngsters into militancy.

Wani is one of the hundreds of people booked in Kashmir under the UAPA which crucially gives power to police to hold an accused in custody for 180 days. Once booked under the act, an accused is not eligible to apply for bail for up to six months.

Wani’s family still hold the belief that police may show some mercy towards the family.

Of the hundreds of Kashmiris arrested under this law, most have been listed as stone pelters and other miscreants. Experts believe that the law is a new soft weapon that the police is using to quell dissent.

Wani had surrendered as a militant during the 1990s. Since then he has been working as a bread baker, with no links to his past.

“I am requesting them to have some mercy on us and release him. What crime did he commit?” Akhtar asks.

The Wire contacted Pulwama’s Superintendent of Police, Ashish Kumar Mishra for his comments on Wani’s case but he did not respond to queries.

On April 5, Tabasum Maqbool, 18, and Anjum Younis, 23, were arrested from Kanihama area of Central Kashmir’s Budgam district in connection with a militant attack on a Bhartiya Janta Party (BJP) leader last month in which a policeman was killed. The attack took place at the Nowgam area of Srinagar city, 2 kilometres away from their home.

The BJP leader was not at his residence when the militants carried out the attack.

Families of both the young women while speaking to The Wire said that they are innocent. The families are living around 30 metres from each other and had had no communication before the arrests.

Sitting on the balcony of a single-storey house with cracked walls, Hameeda Bano, 45, mother of Maqbool, says that her son was called in by the Nowgam Police station on April 5. Once there, was asked to get his younger sister Maqbool to the police station.

“No one in our family had ever been called to a police station. They told us they have to do some investigations and will release her soon,” said Bano. But until now the family has no information about her trial and the possibilities of her release.

A senior police official, requesting anonymity, told The Wire that during their initial investigation, it was been found that one of the women “had direct involvement” in the attack. “In the CCTV footage, we found out one woman knocking at the door of the BJP leader’s house and then, the militants open fire at the cop,” he said, adding that a police briefing is forthcoming.

Soon after the attack, police had said, “On the analysis of CCTV footage, it came to the fore that a burqa-clad terrorist in a woman’s tone asked the sentry on duty to open the door.”

However, senior official The Wire spoke to did not answer when asked how police ascertained that the arrested young women are the same ones recorded in the CCTV footage.

Maqbool’s family alleges that at the time when police says she allegedly committed the crime, she was attending to her mother who had undergone an appendicitis. She was a school dropout and would remain entirely occupied with household work, says her family.

Maqbool’s father is a shepherd and the family is now scared of the expenses of fighting a case.

“My daughter is my only support and I feel I will die if she does not return soon,” says her mother. 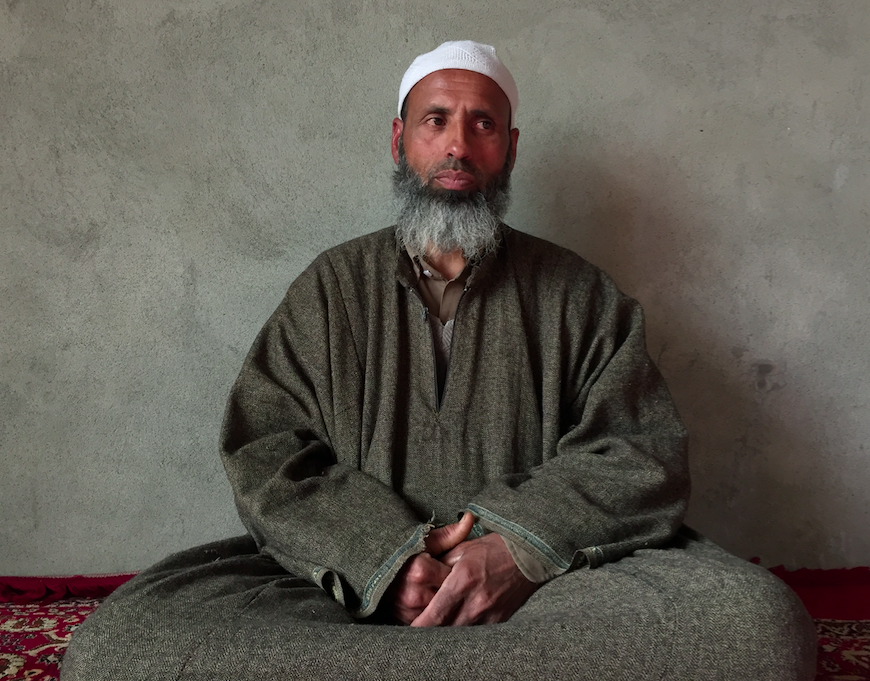 Anjum, a paramedical student, was called upon by police on the same evening when they held Maqbool. She was preparing for her upcoming exams when she stepped out of her bedroom and found two policemen in plain clothes. She was asked to join them at the police station for verification.

Since then, she too has been in custody at the women’s police station at Rambagh.

“I don’t understand how my daughter could be involved in the incident when she was at home that day,” says Mohammad Younis, Anjum’s father.

“We haven’t met her since then and have no information on her condition. I am afraid for her future. This can ruin her career,” he says.