Irfan Ahmad Dar was arrested for allegedly sheltering militants but then somehow escaped from custody only to be found dead a few hours later, the police say. The cause of death has not been disclosed but locals allege torture. 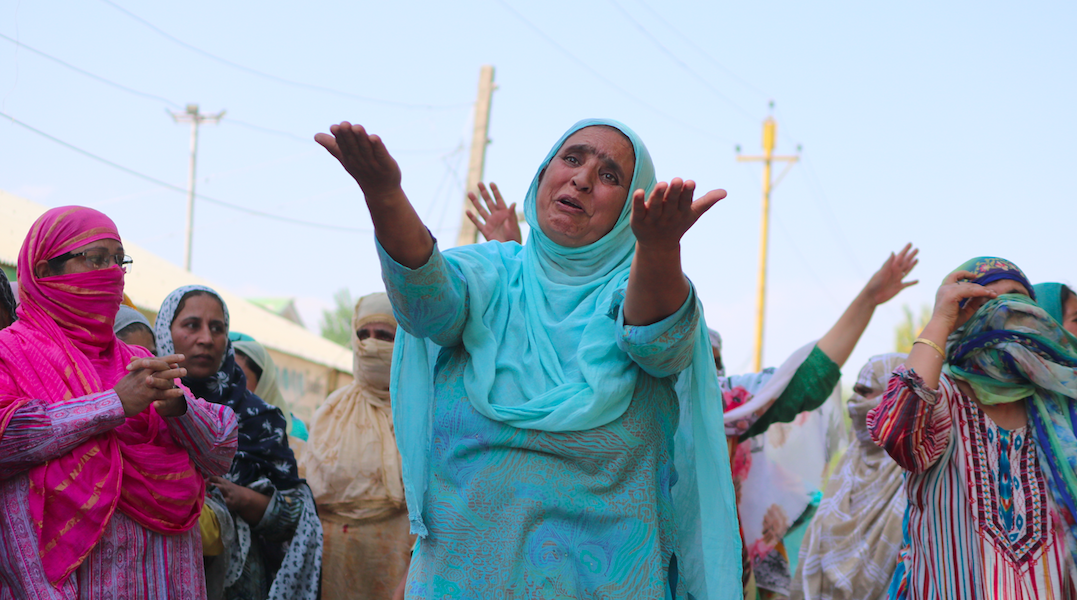 Sopore: At around 12 pm, on Tuesday, members of the Jammu and Kashmir Police’s Special Operation Group (SOG) raided the house of Irfan Ahmad Dar, a 23-year-old shopkeeper, at Sidiq Colony in the Sopore area of north Kashmir’s Baramulla district.

Irfan was arrested from the shop he owned, adjacent to his house. At around 3:30 pm, the SOG raided his house. This search operation lasted for 20 minutes.

This time, the police detained his 30-year-old brother, Javid, and took him to the SOG camp, located at Townhall in Sopore.

Javid was released later that night but on Wednesday morning – September 16 – the news broke that Irfan had died.

Irfan’s death comes a little more than a year after the March 19, 2019 incident in which school principal Rizwan Asad Pandit, from south Kashmir’s Pulwama district, died after having been detained by the Jammu and Kashmir police for questioning in a “militancy related case”.

As news of Irfan Ahmed Dar’s death spread through the area, local residents took to the streets to protest what they said was a custodial killing. Irfan’s family members demanded punishment for the “killers” and asked that his body be handed over to them. 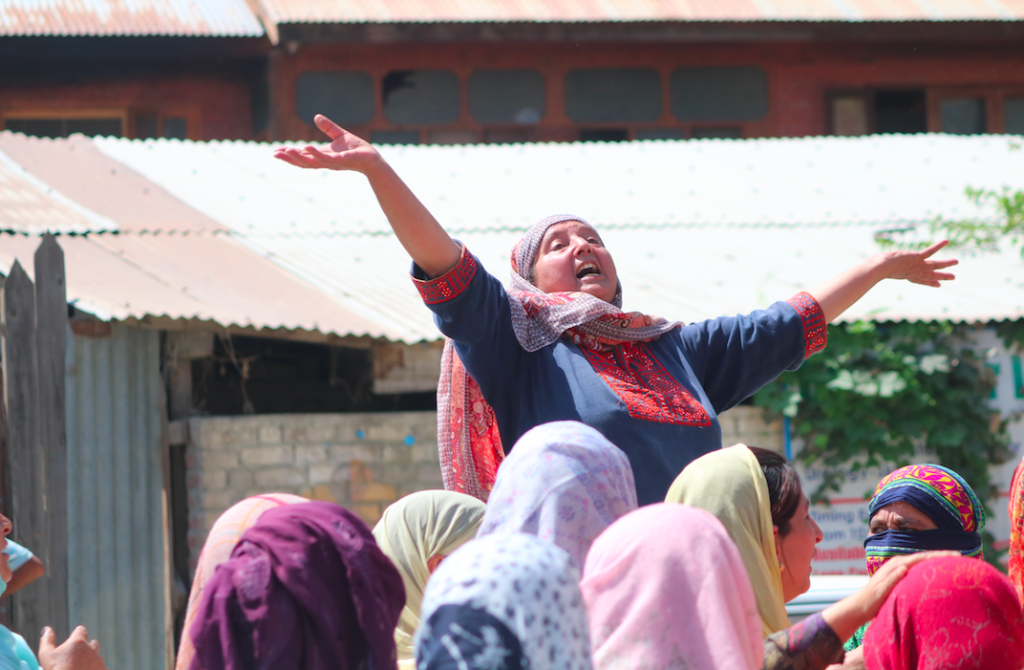 While the authorities snapped internet services and blocked entry into the neighbourhood, the police in Sopore came out with a statement claiming that the dead man was an over-ground worker (OGW) for militants and had “escaped taking advantage of darkness and terrain” when the police had taken him to a site for “some more recovery.”

According to the police statement, Irfan “was apprehended and two Chinese Hand Grenades were recovered from his possession”.  An FIR (257/2020) was registered at the Sopore Police Station under Section 18 of the Unlawful Activities (Prevention) Act, the police said, and an investigation launched.

“During the course of investigation, a police team visited Chairdaji area of Tujjar-Sharief along with OGW for affecting some more recovery on the disclosure of the OGW,” the police statement reads.

“In the meanwhile, the OGW while taking advantage of darkness and terrain managed to escape regarding which a separate Case FIR No. 71/2020 U/S 224 IPC was registered in Police Station Bomai and during search the body of OGW was found near [the] Stone Quarry of Tujjar-Sharief.”

The body, according to the police, was then taken to the nearby Primary Health Centre (PHC), from where it was shifted to the Police Control Room (PCR) for fulfilling medical and other legal formalities.

The police statement makes no mention of the cause of death or of any injuries on the 23-year-old man’s body. Though a postmortem examination of the body was conducted at the PCR, the family has not been provided any details.

Under the National Human Rights Commission’s guidelines for deaths in custody, not only is a post-mortem mandatory but the process has to be video-recorded. There have been instances where the NHRC has used the injuries recorded in a post-mortem report to refute police accounts of prisoners dying while trying to escape

With the Sopore police providing no information to Irfan’s family about the cause of death and then refusing to hand over his body, the family is convinced he was killed in police custody and later branded an over-ground worker of militants.

“No one in the family has a single FIR in their name in any police station in Kashmir. Nor were we involved in any militancy. My brother was murdered in custody and then dubbed a militant,” said Javid. Javid told The Wire that the police detained him at the SOG camp at Sopore, and claimed that Irfan had been detained at Sopore police station.

“The police told me that some militants were in our house 10 days ago. They asked me about the militants. I told them, ‘You can check the CCTV footage, if you find any one entering our home on that day, you can do whatever you want’,” Javid said.

But this did not satisfy the police and they kept asking him about “the militants and their locations.”

At around 11 pm on September 15, Javid said he was not feeling well and was allowed to go home.

“I asked them about Irfan and they told me he will be released in the morning, so I went back home. We were shocked to know [the next morning] that he had been killed,” Javid said.

Rayees Ahmad, the Dars’ neighbour, told The Wire that the brothers were always busy with their work. “They usually did not get time to even eat their meals at the proper time. They never had time to working for militants or do stone pelting, as far I know,” he said.

Family members waiting outside the police control room at Srinagar to see Javid’s remains told The Wire that police were refusing to even show his body to them.

“We want to see his body, we are sure that he was tortured to death in custody but the police is not allowing us in,” Noor Mohammad, Irfan’s maternal uncle told The Wire on Wednesday afternoon. When he finally saw Irfan’s face during the last rites that the police conducted in Sonmarg, he noticed his nephew’s front teeth were broken and that his head appeared as if it had been hit by some object. Members of Irfan’s family come out in protest in Sopore. Photo: Peerzad Waseem

Another of Irfan’s brothers, Waheed, is studying for an engineering degree outside J&K. He told The Wire that the police had zeroed in on them because the family has two houses in their compound. They use the new one as their residence and the old one primarily as a store house.

“Sometimes we slept in the old house when friends would visit us. So we used to keep bedding scattered,” he told The Wire.

Around 10 days ago, when police were carrying out a search operation in the area, they found the bedding and became suspicious

“They asked us, ‘Who is sleeping here?’,” Ahmad said, adding that his siblings were detained on this “doubt” alone.

He added that on Tuesday, when the SOG came and detained Irfan and Javid, “they took our mobile phones and our Alto car too.”

Also read: Custodial Deaths in India Are a Cold-Blooded Play of Power and Class

Since the outbreak of COVID-19, the J&K authorities have quietly buried the bodies of those claimed to be militants killed in alleged encounters either at Sonmarg in Ganderbal district or at Gantamulla in Baramulla.

According to police, this is being done to prevent large funerals for slain militants. Though his family insists Irfan was not a militant or an OGW, the police buried him in Sonmarg, 100 kilometres away.

Speaking to The Wire, senior superintendent of police, Sopore Javid Iqbal said the authorities have recommended a magisterial probe into Irfan’s death. However, he held fast to the claim that the young man was an OGW and had sheltered militants.

“The family can say anything as they are in an emotional state but the truth is that he gave shelter to militants. We have recommended a probe, everything will be clear after that,” Iqbal said.

When asked how Irfan had escaped and how he had died and why police were not checking CCTV footage near Irfan’s home, as his family has asked, Iqbal said, “We will prove that Irfan gave shelter to militants and was seriously involved in militancy. We have issued a statement already regarding how he escaped.” 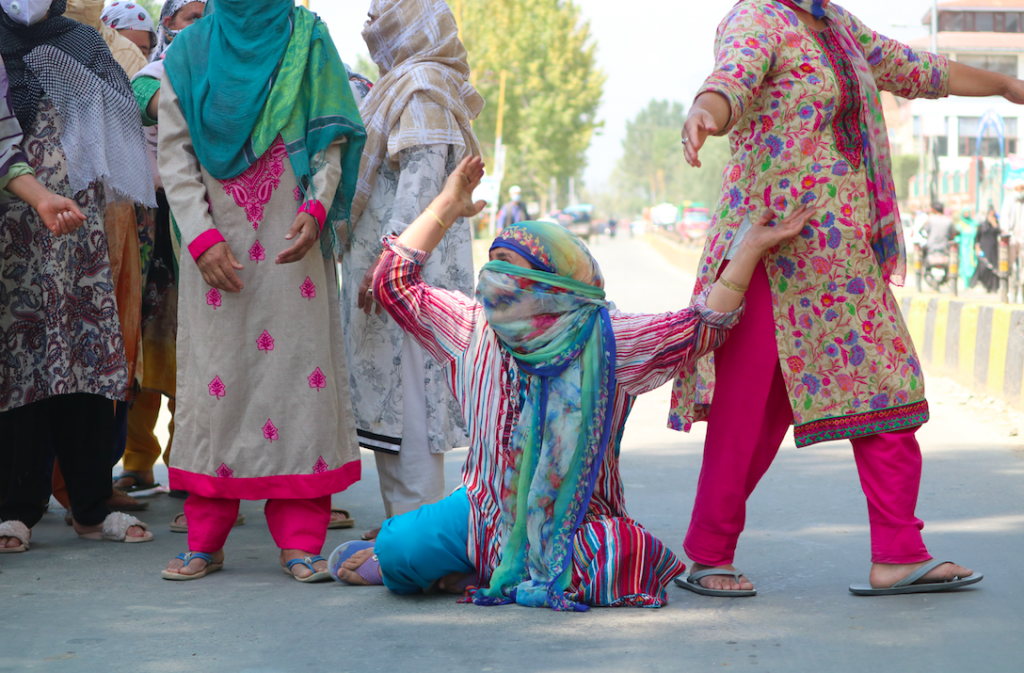 As news of Ifran Dar’s death came, former chief minister of Jammu and Kashmir state and National Conference vice-president Omar Abdullah took to Twitter to express his scepticism at the official account:

The administration can’t possibly win back the confidence of the people if “encounters” like Shopian or suspicious deaths like Sopore are allowed to pass without the facts being established & guilt, when determined, fully punished. @manojsinha_ must intervene in both these cases.

The cold blooded murder of 23 yr old Irfan Ahmed Dar, a shopkeeper by profession wrongfully accused of being an OGW is a grim reminder of how truth is mangled & stories are fabricated to justify killing innocent civilians in J&K https://t.co/VVGw5B0Qqt

Sopore incident just doesn’t add up. They have done a bad job even at inventing a story. The guilty need to be punished.