Jamia Women Narrate What Happened During Police Crackdown on Students

An 80-page report collates the testimonies of 18 women who participated in the anti-CAA protests on December 13 and 15. 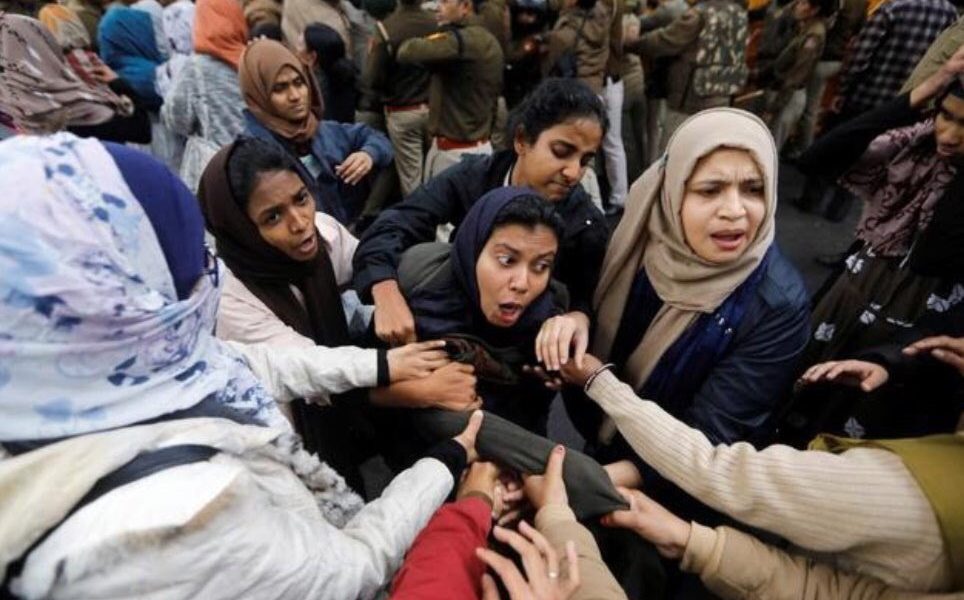 New Delhi: In the protests against the Citizenship (Amendment) Act (CAA) and a proposed nationwide National Register of Citizens (NRC), women have been participating in large numbers across the country. This is also true for university campuses like Jamia Millia Islamia and Aligarh Muslim University. A group called “Independent Women’s Initiative” has released a report titled “UNAFRAID: The Day Young Women Took the Battle to the Streets” which collates testimonies from women (mostly students between the ages of 19 and 31) who participated in the protests in Jamia Millia on December 13 and 15, when the Delhi police reportedly cracked down violently on them. The 80-page report has detailed testimonies of 18 women.

The report tries to reconstruct the sequence of events on the day of the police crackdown through testimonies of women students and also has eyewitness accounts from some women homemakers. Another fact-finding report on police action in Jamia was released by the rights body PUDR recently.

Abida (name changed), a resident of the Jamia neighbourhood, described how the police attacked protestors and why she decided to join the ongoing movement against the CAA and NRC. She added:

“What decided it for me was that we had seen the police attack girls and hurt them. How can we step back now, I thought. Even I have three daughters and I have to educate them. I was really scared but scared not for myself. I was scared for my daughters. Today it is these girls. Tomorrow it could be my daughters as well.”

Afreen (name changed) is a BA final year student in Jamia. She claims to have witnessed the December 13 violence that erupted in and around the campus. She says the police attacked a peaceful gathering first and then there was some stone pelting from the protestors’ side. She was also present in the library, where the police reportedly fired tear gas shells while students were still in it.

“Silent. The next thing I heard was the sound of a tear gas shell falling inside our library and the whole library became smoky. Then it was lathi-charge. Some people were hit on the head. It was so dark. There were many policemen. Sabke paas lathi thi (All had lathis with them). I was towards the back and there was such a stampede that I couldn’t even hear what the police were saying. I felt that’s it, this is the end,” she recounted.

Afreen also claims that the students were made to raise their hands and walk to the main road in that position. If anyone didn’t do it, they were allegedly hit with batons on the legs.

NDTV speaks to students being marched out with hands held up outside Jamia Millia Islamia university in #Delhi. pic.twitter.com/FHRmNm2Eqj

The report has detailed accounts from women who were part of the protests. From the planning of the protest march to what triggered the violence and police crackdown, the testimonies provide a blow-by-blow account of what transpired.

Also Read: India’s Young Are the Real Heroes of the Year

Akhtarista Ansari, a 19-year-old BA student of the university, was on top of the police barricade when the first incident of police action was reported. She was marching with other students towards parliament. “The police had started barricading off the campus since the morning. The students wanted to march to Parliament Street so they began scaling the barricades. I was also on top of the barricade. The police started dragging us down. This was around 3:30 PM. Students were detained and were taken to Badarpur Police Station, several students were injured. One female student Shaziya got a head injury. She was taken to the hospital by other students,” she narrates. 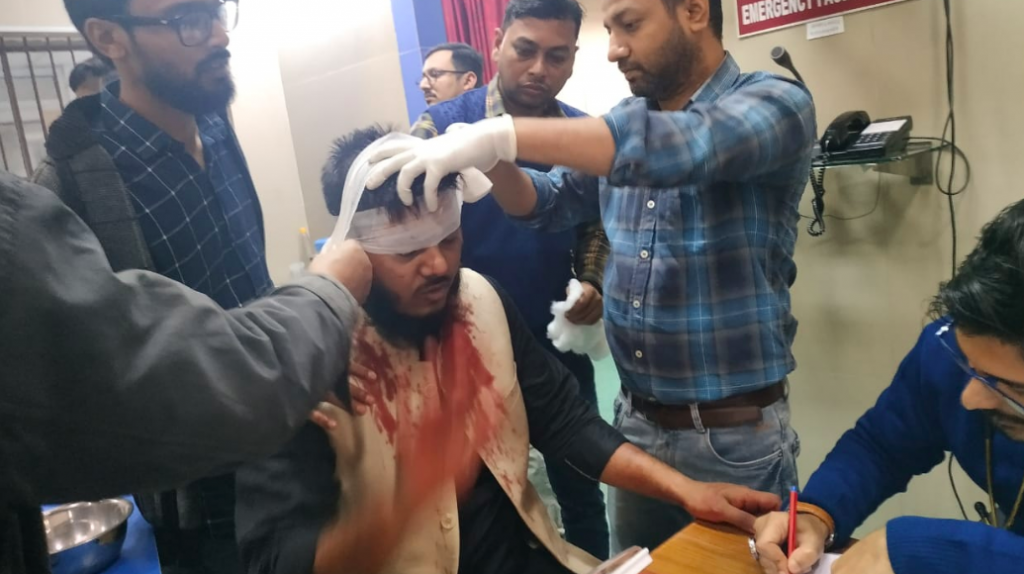 In addition to severe injuries to many women due to lathi-charge and tear gas shelling, the testimonies also allege that the police also targeted students in other ways. “Whenever they grabbed me, they pinched me all over. It is like pincer. It was so painful. All over my body. This was so much pain at that moment of time. It feels like they dig their nails into your skin. You know the Delhi lady police, they don’t use lathis, but they have some special brutal kind of finger pinching method,” Aysha Renna, an MA student at Jamia, said. The report confirms that there were deep purple bruises all over Renna’s arms, shoulders and neck.

The report observes that the police “treated unarmed students like criminals”. This report also echoes what the PUDR fact finding report claimed – the police used communal slurs against Muslim students. The full report can be read here.