Jama'at chief Dr Abdul Hamid Fayaz, two of his predecessors, district heads and nearly 150 group members were arrested by the police from various parts of Kashmir. 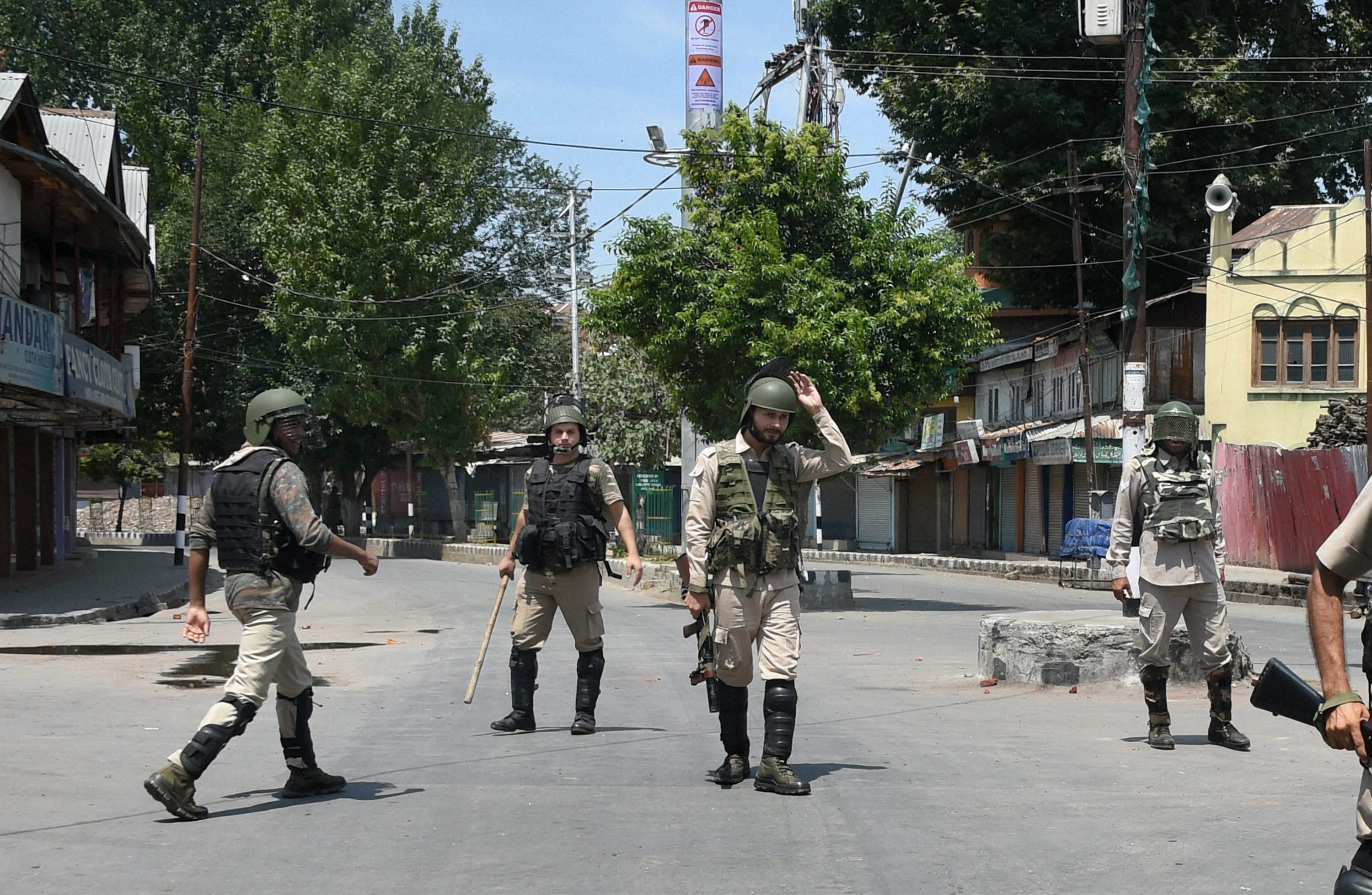 Srinagar: The rumours flew thick and fast – a plan to abrogate the state’s special status was being rolled out by the Centre. Then, the noise of choppers and jets hovering over the Srinagar sky in the dead of Friday night added to the unease among the city’s residents. The speculation gained currency when a Union home ministry order about the “urgent” deployment of 100 companies of the CRPF in Kashmir surfaced on social media.

In the Valley, where an uneasy calm continues after the suicide bombing on a CRPF convoy in Lethpora in which 4o troopers were killed, many stayed awake the entire night. By the time morning came, reports started to pour in from various districts about the Jammu and Kashmir Police’s nightlong crackdown on the Jama’at-e-Islamia (JeI) – a religio-political organisation.

Its chief, Abdul Hamid Fayaz, two of his predecessors, some district heads and nearly 150 group members were arrested by the police from various parts of Kashmir during these nocturnal raids.

“Most of the basic members, associate members and affiliates of the group (Jamaat) are being arrested. More than 30 members have been picked up from Anantang district alone,” said a source, though he didn’t give a reason for these arrests. Similar reports poured in from other districts as well – including Shopian, Pulwama, Kulgam and Sopore, considered strongholds of the Jama’at.

Also Read: Do We Really Care for Kashmir or Just the Idea of It as a Part of India?

In a statement, the Jama’at linked this sudden and overnight crackdown to a “well-designed ploy” to pave way for further uncertainty in the Valley – at a time when a plea against abrogation of Article 35A, which defines Jammu and Kashmir’s state subjects and rights enjoyed by them, is listed for hearing on February 25. 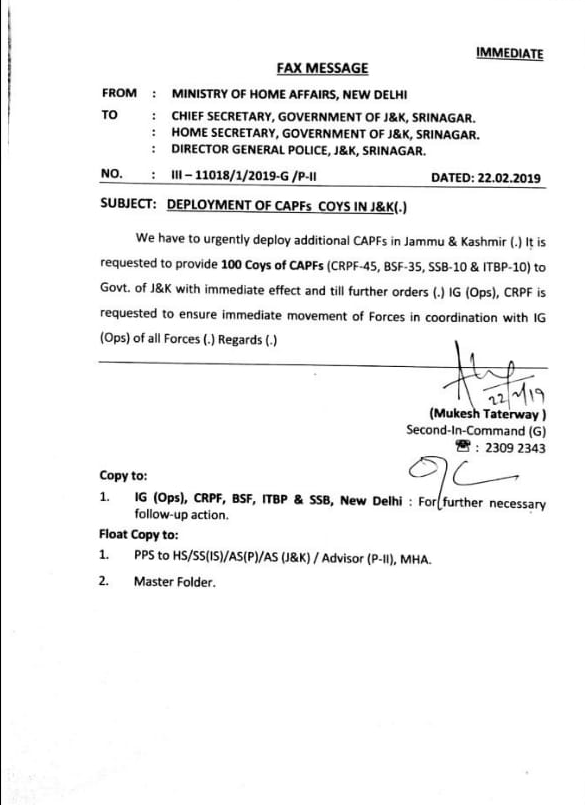 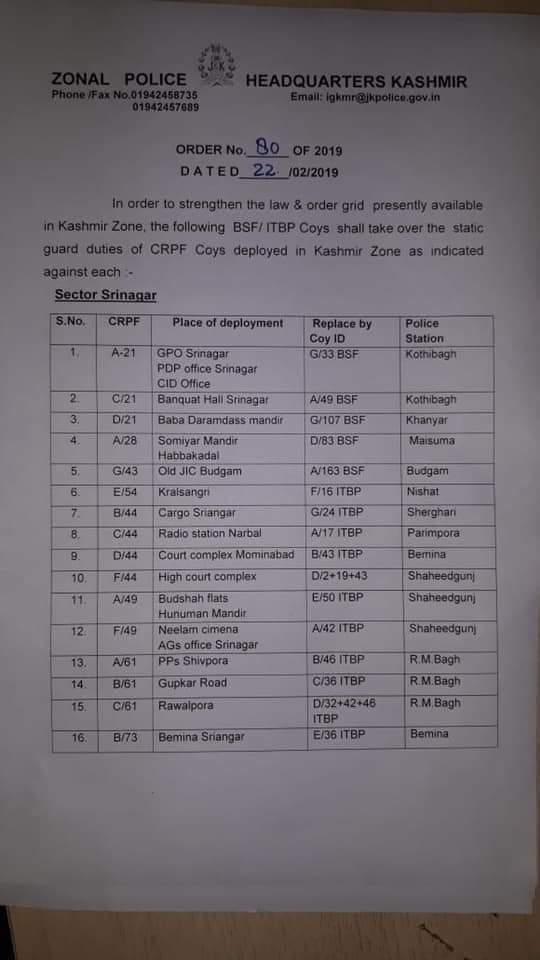 “During the intervening night of 22/23 February, police and other agencies launched [a] mass arrest drive and raided many houses in [the] valley wherein dozens of the group’s central and district level leaders have been arrested,” said the Jama’at statement.

Former chief minister Omar Abdullah added to the suspense. “Srinagar is agog with rumours and speculations tonight,” he wrote on Twitter – only to delete it later.

Are separatists next in the line?

Along with apprehensions over Article 35A, the late-night arrest of JKLF chief Muhammad Yasin Malik from his Maisuma residence gave credence to rumours rumours that New Delhi was planning to arrest all top separatists and shift them to jails outside the state.

“He (Malik) was arrested around 9:30 pm. No reason was given by the police for his arrest,” a JKLF spokesman said, adding that he has been lodged in Kothibagh police station.

Senior separatist leader Mirwaiz Umar Farooq took to Twitter to condemn the arrest. “Strongly Condemn the nocturnal crackdown on Jamat e Islami leadership and cadres and the arrest of Yasin Malik. Such illegal and coercive measures against Kashmiri’s are futile and will not change realities on ground. Force and intimidation will only worsen the situation,” tweeted Mirwaiz, whose security cover was withdrawn by the government along with those of other separatists earlier this week.

Soon, former chief minister Mehbooba Mufti condemned the police action. “… Fail to understand such an arbitrary move which will only precipitate matters in J&K. Under what legal grounds are their arrests justified? You can imprison a person but not his ideas,” she tweeted.

Why the arrests and deployment of additional troops?

Amid this growing anxiety in the Valley, the Centre decided to rush 100 additional companies of the CRPF to the state. “The CRPF is requested to ensure immediate movement of forces in coordination with IG (Ops) of all forces,” reads an order issued by the union home ministry.

Other reports alluded to an alleged government decision to deploy the BSF, ITBP and SSB in Srinagar.

The inspector-general of the CRPF, Zulfikar Hasan, did not respond to repeated calls from The Wire and neither did a Srinagar-based PRO of the force. A senior J&K police official linked the deployment of additional forces in the state – presently under president’s rule – to the upcoming Lok Sabha elections.

“The state will get its due share of manpower to ensure conduct of smooth polls. We have to take adequate measures in this direction and in this regard they (troops) have started to arrive,” said the official, wishing not to be named.

According to him, following the conduct of local body elections in the state last year, “some” battalions of the CRPF had been moved out of the state for “duties” in other states. “Those too will be rushed back,” he said.

Regarding the arrests, the official confirmed that “some” Jama’at members have been taken into “preventive custody”. “Elections are going to take place soon. Wherever there is apprehension that any person may disturb the polls or start anti-election campaign, we will make the preventive arrest,” the official said.

He didn’t rule out more arrests of separatists or Jama’at members. “We will take whatever steps required for holding polls,” the official said.

‘You never know what will happen’

With no word from the government about the unfolding developments, panic has gripped most parts of the Valley.

In the afternoon, people in the city were seen rushing to the markets to purchase essentials. “There are conflicting reports coming to the fore about state’s special status and a crackdown on the separatists. More troops have been rushed to the Valley. This is Kashmir. You never know what will happen. It is better to stock essentials, lest thing turn worse,” said Waqar Ahmad of uptown Chanpora.