Three petitions that his family had filed at the J&K high court, seeking better treatment for him, did not come up for hearing. 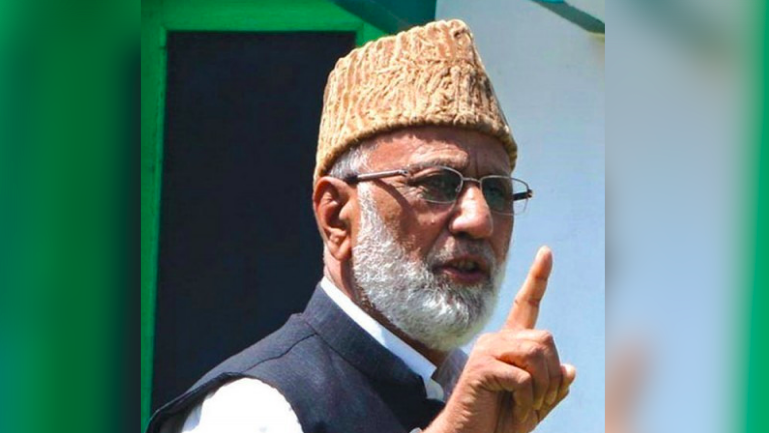 Srinagar: Detained since July 2020, Kashmiri separatist leader and Tehreek-e-Hurriyat chairman Muhammad Ashraf Khan Sehrai passed away at a government hospital in Jammu on Wednesday, May 5. He was 78.

Popular as ‘Sehrai’, the leader was shifted to the hospital after he complained of breathlessness in Udhampur jail, where he has been since July 12, 2020 under the Public Safety Act.

Sehrai’s son Raashid said he called home 10 days ago and said, “I am ill, have grown weak, feel dizzy and cannot move. The jail authorities are not providing me any treatment.”

On Tuesday evening, another relative of Sehrai’s said, the family received a call from police informing them that Sehrai had been shifted to hospital after complaining of breathlessness. There was no news of whether he was COVID-19 positive.

The relative said that on Wednesday Mujahid Ashraf flew to Jammu. Once there, he was informed that Sehrai had passed away.

Sources at Government Medical College, Jammu, told The Wire that Sehrai’s oxygen levels had decreased to 65 and he had developed bilateral pneumonia in the jail. Although Sehrai’s rapid antigen test came negative for COVID-19, the results of the RT-PCR test have yet not reached.

Harish Kotwal, the superintendent of the Udhampur jail told The Wire that Sehrai had grown weak. “He had developed some minor health issues due to fasting. He was on medication, but suddenly his condition started deteriorating on Tuesday morning after which he was shifted to hospital for treatment,” Kotwal said.

Also read: Who After Geelani? Questions Over Leadership Have Opened Pandora’s Box for Hurriyat

Sehrai’s family had filed three applications before the high court seeking his medical examination and treatment, requesting that he be shifted to Jammu or Srinagar jails for proper care, and requesting that his family be allowed to meet him.

However, Raashid said, the judge kept delaying the review of the petitions.

“We had filed the petitions primarily seeking his shifting from the Udhampur jail to Srinagar jail. My father would often complain of the jail officials who did not allow anyone to meet him and acted very tough against him,” Raashid said.

“My father has been murdered,” he added.

The family had also filed a habeas corpus petition before the high court seeking the quashing of the Public Safety Act which is yet to be heard by the court.

A senior official in the Jammu and Kashmir Prisons department told The Wire that the department had written to the home department apprising them of Sehrai’s health condition and the available resources in the jail. “We do not know what happened to the file,” the official said.

Sehrai’s body was handed over to his son Mujahid Ashraf at 7:10 pm in Jammu. “Family members, waiting for the body in Srinagar, were asked to reach Kupwara to receive the body,” Raashid said.

He said that the police informed the family that only 20-25 people would be allowed to participate in funeral prayers. 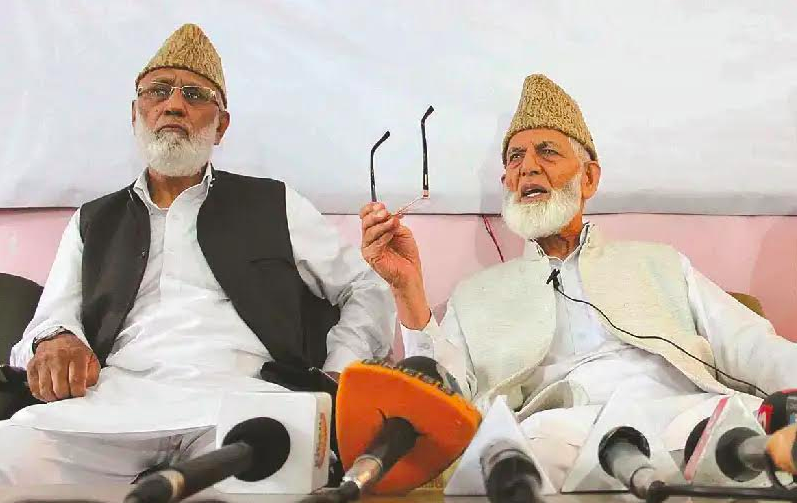 Sehrai is from the Tekipora village in the picturesque Lolab valley.

He was considered the shadow of Syed Ali Geelani, with whom he galvanised Kashmir’s top socio-political organisation, the now banned Jama’at-e-Islami. The two built it into a party recognised as the frontline of resistance in Kashmir.

At the age of 16, when he was in Class 10, started teaching at a darsgah (religious seminary) in Sopore.

A fiery speaker, he was arrested for the first time on March 13, 1965, at the age of 21, for speaking against the arrests by the then Prime Minister of Jammu and Kashmir Mir Qasim. Qasim had ordered arrests of all those who had supported Sheikh Abdullah’s boycott call against Congress in Kashmir. He was detained in Central Jail of Srinagar for 20 months. Since then Sehrai has spent over 16 years of his life in various jails across India.

Once out of prison, Sehrai was asked to talk about the Kashmir issue during a Jama’at-e-Islami congregation. In a 2018 interview, he said that he had felt that he was too young to talk on such a sensitive issue then. “I refused and proposed Geelani’s name instead. But nobody listened and said, ‘You have to do it’,” he said.

Sehrai spoke about the Kashmir issue for 15 minutes, leaving the audience spellbound.

On March 19, 2018, Geelani passed on the charge of Tehreek-e-Hurriyat to Sehrai, during a small ceremony held inside his Hyderpora residence.

Geelani, after passing on the baton said in an interview that Sehrai’s experience and political acumen, and a long illustrious life full of hardships, will come handy in running the affairs of a “resistance movement”. “I am sure he will prove to be an able leader if he is supported by the Tehreek-e-Hurriyat cadre,” Geelani had said.

Also read: In a First for Hurriyat, Son of Geelani’s Successor Takes to Arms

Sehrai was arrested under the Public Safety Act (PSA) on July 12, 2020, two months after his militant son, Junaid Sehrai was killed in a gunfight in Srinagar.

The Hurriyat Conference, led by Mirwaiz Umar Farooq, said despite repeated appeals to release political prisoners lodged in various jails on humanitarian grounds in view of the devastating COVID-19 crisis, authorities are playing with prisoners’ lives.

“In the death of Sehrai people of J&K have lost a sincere and honest leader. Sehrai’s contribution to the people’s movement will always be remembered and honoured by the people,” Farooq said.

People’s Conference chairman Sajjad Gani Lone said that the irony of Kashmiri politics is that an honest politician like Sehrai had to spend decades in jail.

“And why did he have to die in incarceration and not at his home amongst his kin and loved ones? Have we become so weak that an old, infirm dying person is a threat to the state? I am not being critical. But please introspect. Sehrai sahib was a political leader not a terrorist,” Lone tweeted.

Jammu and Kashmir High Court Bar Association in a statement called Sehrai’s death a “custodial murder” and asked the authorities to investigate it through an impartial enquiry.

The least GOI can do in such dangerous circumstances is to immediately release these detainees on parole so that they return home to their families.

Deeply saddened on the death of Hurriyat leader Ashraf Sehrai. He dedicated his life for Kashmir’s self-determination. Many more Kashmiri leaders are at risk in IIOJK. It is India’s responsibility to release all those detained on political grounds to create conducive environment.

Muhammad Raafi is a journalist based in Kashmir and tweets @MohammadRaafi.