Jailed Activist Natasha Narwal Loses Only Parent to COVID, Unable to See Him One Last Time

Natasha has been held in Tihar Jail for the past one year under UAPA without bail on the charge of masterminding a conspiracy to trigger riots and overthrow the government. 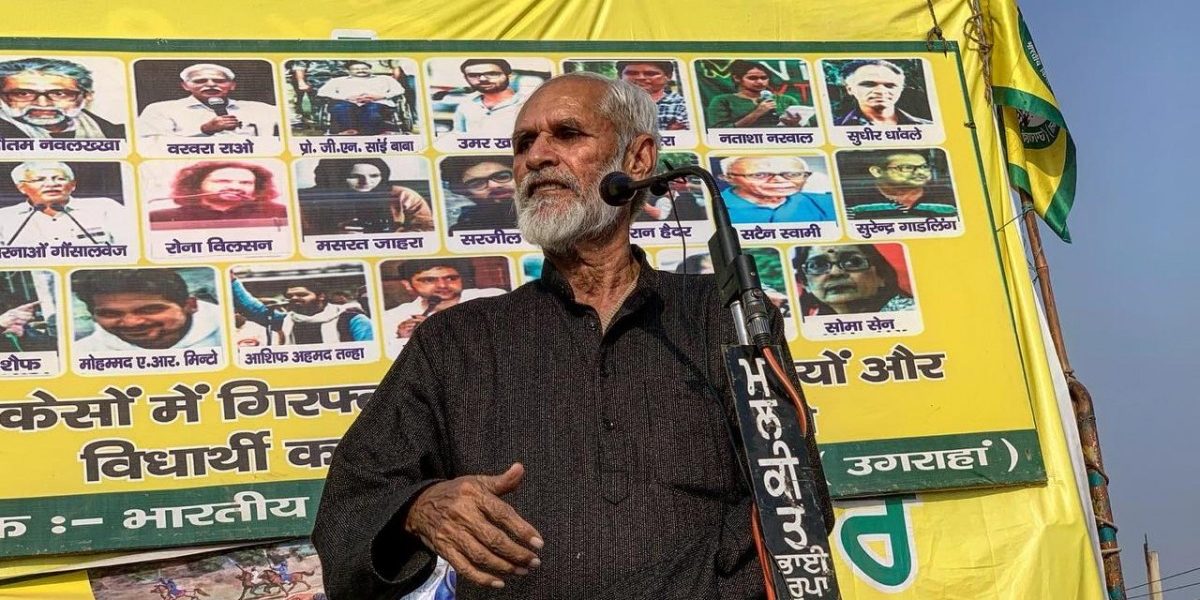 New Delhi:  Mahavir Narwal, the scientist and communist whose daughter Natasha Narwal has been jailed without trial for just under a year, died of COVID-19 in a Rohtak hospital on Sunday, his family and the Communist Party of India (Marxist) said. He was 71 and had been undergoing treatment for a week.

Natasha Narwal, an activist with the women’s group Pinjra Tod and a student of Jawaharlal Nehru University, was arrested by the Delhi Police on May 30, 2020 under the draconian Unlawful Activities (Prevention) Act, or UAPA, shortly after a Delhi court granted her bail in a case in which the police had merely accused her of shouting slogans. Under UAPA, the grant of bail is extremely difficult.

Natasha, who has been held in Tihar Jail as an undertrial for the past year, is one of several activists involved in the protests against the Citizenship (Amendment) Act to be charged by the police with hatching a conspiracy to foment communal violence in Delhi in February 2020 with the aim of overthrowing the Narendra Modi government. Pinjra Tod activist Devangana Kalita has also been held in jail for the same period.

“Mahavir Narwal was not able to speak to his daughter who is in jail. His son, Aakash, who is also COVID-19 positive, was there with him in Rohtak,” sources close to the family told PTI. In a statement, Pinjra Tod said that Natasha’s bail hearing to enable her to visit her father in hospital was due to come up on Monday.

We have lost Mahavir Narwal- comrade, father, friend, fellow traveller. He passed away 2 hrs back due to covid-related complications. This is an immense loss for us and the larger community as for Natasha. He was a rock for many, a voice of sanity in the din.. pic.twitter.com/GO7M6iVZUT

In media interviews and public events after the police arrested Natasha last year, Mahavir Narwal spoke of the immense pride he felt in his daughter, what she stood for and her courage.

At a solidarity meeting with political prisoners last November, he said he had much to learn from his daughter.  “She is in fact not feeling jailed, she is feeling she is like all other people. Those outside are also suffering, just like those in jails. Nobody in my family is demoralised or intimidated. We are all part of your resistance,” he said, adding that resistance was “not just to get them out of jail but to save all good ideas, truth”.

While expressing its condolences on his death, the CPI(M) called the continuing incarceration of Natasha Narwal and her inability to meet or see her father, whom they described as a senior member of the party, a “criminal act of the Modi government”.

CPIM expresses deep condolences on the demise of Comrade Mahavir Narwal, a senior member of CPIM.
It is criminal act of the Modi govt that his daughter Natasha Narwal was arrested under UAPA last year and couldn’t even meet her father.
Lal Salaam Mahavir Narwal! pic.twitter.com/B6An9V5y9L

“Extend my deep condolences to Natasha and her brother Aakash. The terrible injustice of the system in which a daughter wrongly locked up for a year unable to see her father even for a final farewell,” CPI(M) politburo member Brinda Karat said.

Women’s rights activist and CPIML politburo member Kavita Krishnan also lashed out at the government and said it was “torture” to force “feminists” to be in prison while their loved ones die of COVID-19.

“This is so bloody cruel & sadistic: it”s a form of torture to keep political prisoners jailed during a pandemic, forced to suffer not only prison, but the pain of being away from loved ones who are dying. Natasha”s brother also has Covid-19,” she said on Twitter.

“Where there”s suffering, my daughter will be there. I”m proud of her”. This hero, Mahavir Narwal, father of Natasha in jail for the CAA protests, supports her, with courage hard to find. “I hope she” not in jail so long she doesn”t see my face”. He died just hours ago of Covid (sic),” he tweeted.