Fatima Banoo and Ghulam Nabi Khan claim their oldest son, Sajjad, was arrested and imprisoned because his brothers and cousin were militants.

Tral (Jammu and Kashmir): Only three years ago, the small house owned by Fatima Banoo and Ghulam Nabi Khan in Hundoora village, Tral, had buzzed with the everyday sounds of the couple’s four children going about their lives.

Today, however, the silence is overwhelming. Their only daughter, Mahajabeena, is married and lives with her husband in another village. Two of their sons, Ishfaq and Showkat, both Jaish-e-Mohammad militants, were killed by security forces in separate gunfights in 2018. And their only living son, 26-year-old Sajjad, was arrested by the police after the Pulwama attack in February 2019 and has been detained at Tihar jail, Delhi, ever since.

“I once had three sons but within a year, they were all lost,” 65-year-old Fatima told The Wire. “I am lonely and shattered. It is as if I have lost the light of my eyes.”

In January 2019, after the deaths of Ishfaq and Showkat, 70-year-old Ghulam Nabi Khan sent Sajjad to Delhi to earn a living from selling shawls. 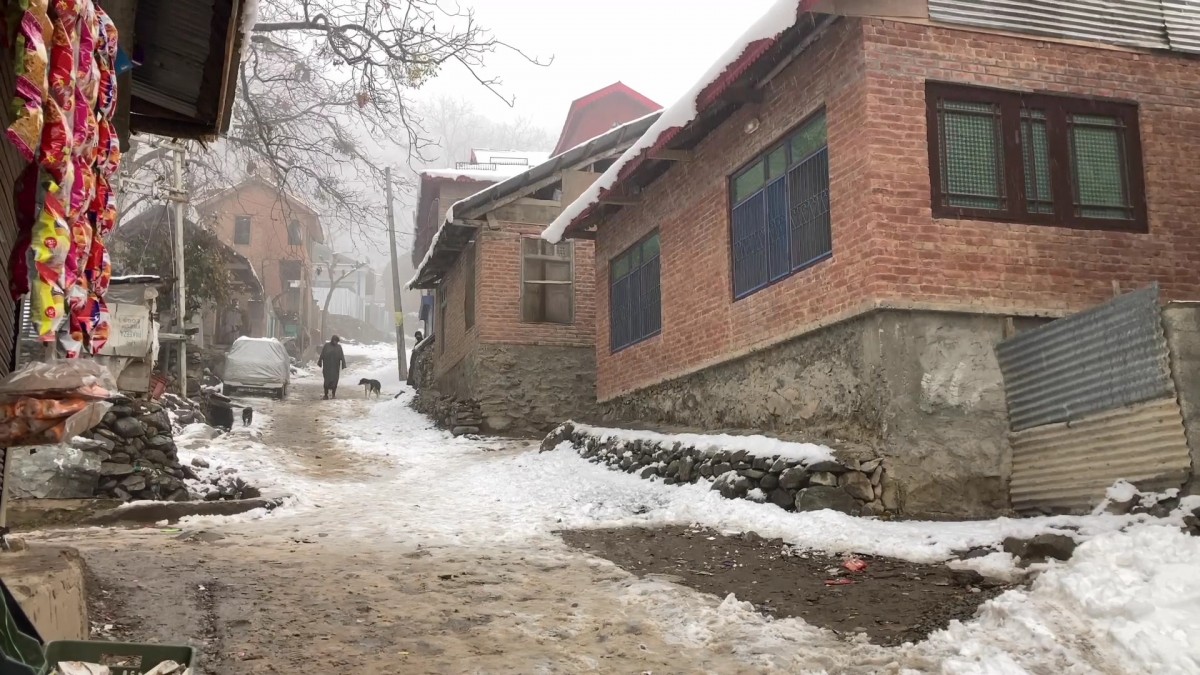 “Sajjad was accompanied by another shawl seller and for one month he did well in Delhi,” recalled Ghulam. “But in March 2019, after the Pulwama attack took place, he was arrested together with eight other people. All those people were later released, but my son remains in jail.”

Fatima and Ghulam are convinced that the only reason Sajjad was arrested and remains imprisoned because his brothers were Jaish-e-Mohammad militants and their cousin was a commander in the Hizbul Mujahideen.

“Don’t the siblings of slain militants have the right to lead a normal life?” demanded Ghulam.

In April 2018, 22-year-old Ishfaq, a Jaish commander, was killed together with three associates in an encounter with security forces in the Laam forests of Tral. Seven months later, in November 2018, 17-year-old Showkat, also with Jaish, was killed in a gunfight at Chankitar village.

Their cousin, Abid Khan, the son of an assistant sub-inspector of the J&K police, had been a top Hizbul Mujahideen commander when he was killed with his associate Sheeraz Ahmed Dar in a gunfight in January 2015. The then commanding officer of the Indian Army’s 42 Rashtriya Rifles, Colonel Munindra Nath Rai, and head constable Sanjeev Singh of J&K police had also been killed during that gunfight.

According to the police, Sajjad had also been working with Jaish, reporting to the later slain Jaish commander Mudasir Khan who had instructed him to recruit young Kashmiri men in Delhi for fidayeen (suicide) attacks and militant outfits.

A press release from the Delhi police special cell issued after Sajjad’s arrest in March said that Mudasir Khan had contacted Sajjad in Delhi on February 14, 2019, the day of the Pulwama attack, and informed him of what had happened.

Sajjad was arrested for criminal conspiracy and waging war against the nation under the relevant sections of the Unlawful Activities (Prevention) Act (UAPA). He was also paraded before the media.

Subsequently, the police transferred him to the National Investigation Agency (NIA). In a press note, the NIA said it had arrested Sajjad for terror activities.

“Sajjad Khan was specially sent to Delhi to set up hideouts in Delhi. This was done to select specific targets and also to radicalise and recruit Muslim youths to further terror activities,” the NIA release said.

On February 14, 2019, a fidayeen attack on a Central Reserve Police Force (CRPF) convoy killed 40 personnel at Lethpora, Pulwama. On March 10, 2019, Jaish commander Mudasir Khan and another militant were killed in a gunfight at Pinglish hamlet, Tral.

Soon after Sajjad’s arrest, Ghulam went to Delhi to meet him. “I ran from pillar to post for even a glimpse of Sajjad, but every attempt failed,” he told The Wire. “Before I left for home, the police officials in Delhi gave me false assurances that Sajjad would be released soon.”

But it has been 28 months since Sajjad was jailed and Ghulam does not know when his son will be released. While Fatima Banoo and Ghulam Nabi Khan live with hope that their son will be soon released, it has been 28 months since he was imprisoned. Photo: Irfan Amin Mallik.

“In all these years, I have been lying to my wife, saying that Sajjad will be released soon. But this ‘soon’ seems very far off,” said Ghulam.

Fatima and Ghulam want Sajjad released as soon as possible. He needs to take care of them in their old age, said Fatima. She also wants to see him married. Ishfaq and Showkat had died unmarried.

According to Srinagar high court advocate Shah Faisal, Fatima and Ghulam could engage a lawyer to challenge Sajjad’s detention order in any constitutional court – the Supreme Court or a high court.

“If the family is poor and illiterate and do not know how to take their son’s detention case forward, they can consult any lawyer, including me, and we will take this case on a pro bono basis,” said Faisal, who claimed he had handled a number of similar cases in the past. “If the client does not have resources, we will not charge them a single penny,” he added.