The BJP leader, a retired income tax official, has alleged that he is being targeted for exposing a scam that took place on the night of demonetisation in 2016. 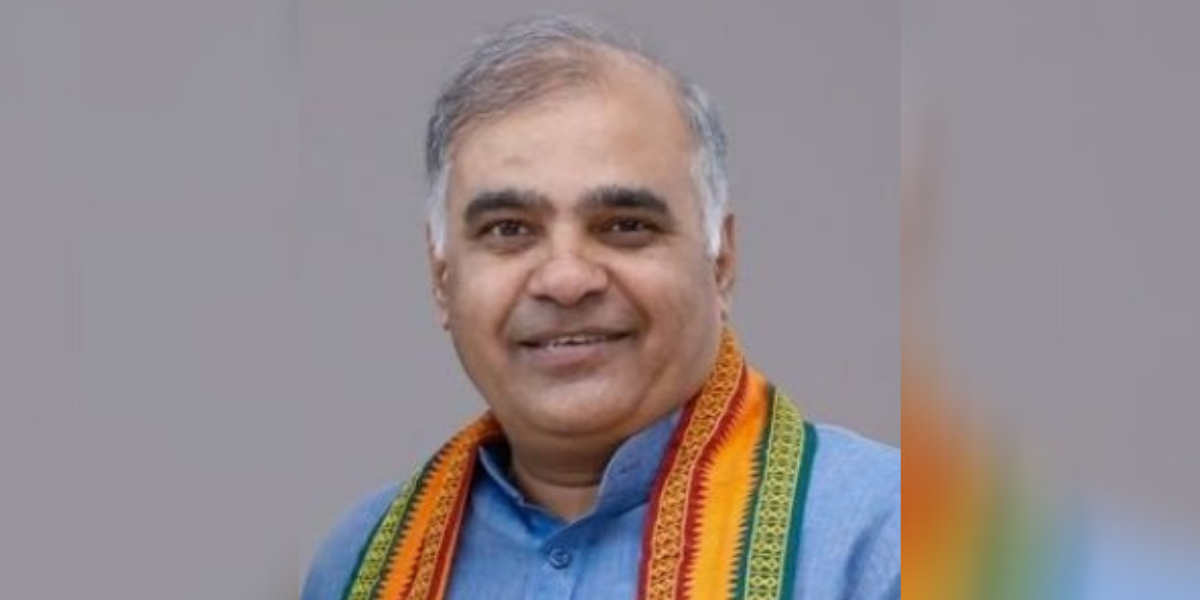 New Delhi: BJP Surat vice-president P.V.S. Sarma held a demonstration outside his house in Surat on Thursday against income tax raids conducted simultaneously on the premises associated with him in Surat, Mumbai, and Thane, The Indian Express has reported.

These searches come days after Sarma had tweeted about a case of alleged tax evasion by a jewellery firm in collusion with a few IT officials on the night when demonetisation was announced in 2016.

The 57-year old BJP leader had earlier worked as a senior income tax officer for 18 years before plunging into politics by joining BJP in 2007. He was also a director (finance and taxation) on the board of several companies in Surat, and also runs a regional daily in the city.

The investigating officials said that the searches were conducted only after Sarma had failed to reply to summons issued to him on October 1 over his “disproportionate assets”. However, Sarma accused officials of targeting him only because he had dug out a scam.

“I have nothing to hide. Officials are searching my house. They are scared and trying to intimidate me so that I don’t disclose names of erring I-T officers and others who were involved in the scam. I have proof and I will disclose it soon,” NDTV quoted Sarma as saying.

Also read: How ‘Neutral’ Are the IT Raids Conducted Over the Past Six Months?

Over 70 officials from Vadodara, Surat and Ahmedabad income tax departments formed into teams to carry out raids at 15 different locations in Surat, Mumbai and Thane. The department also searched the premises of Sarma’s chartered accountant and the offices of the companies where he served as director.

“The searches began at 10.15 pm on Wednesday and continued on Thursday. We have not finished yet. We had specific information that he was owning a number of properties and shell companies,” said a senior IT official, according to Indian Express.

Officials also claimed that they had recovered Rs 40 lakh from a person fleeing with a bag when they were conducting searches at Satyam Times, a regional daily which Sarma runs.

Accusations against a jewellery firm

In a series of tweets, the retired IT official levelled allegations a jewellery firm and pointed out that it was such dishonest businesses and IT officials who had the “defeated idea of demonetisation”.

“The motive behind demonetisation was to bring out the black money, which could be used for the development of the country. The documents I attached and tweeted clearly show that jewellery worth Rs 110 crore was sold by the jewellery firm in Surat. The scam was done with the connivance of I-T officials and middlemen. I demanded a fair investigation by the CBI and ED officials to bring out the truth,” Sarma told the Indian Express.

In another tweet put out on October 20, Sarma said it was his responsibility as a social worker to expose many “rotten apples” among IT officials to assist harassed taxpayers and officers. He tagged Prime Minister Narendra Modi’s (@PMO India) and finance minister Nirmala Sitharaman’s (@FinMinIndia) official Twitter handles.

Meanwhile, director of Kalamandir Jewellery, the firm which accused Sarma of tax evasion, Milan Shah said that the allegations made against them were baseless, and they were willing to cooperate with investigation.

“We will take legal action against him and also file a defamation case against him. We will also find out how he obtained the documents. He had tried to meet us but we denied,” Shah said, according to Indian Express.

Shah runs four jewellery outlets, one each in Surat, Kosamba, Bharuch and Vapi.

The BJP, for its part, has tried to downplay the issue, with BJP Surat city unit president Nitin Bhajiawala stating nobody was above law, and pointed out that he himself had faced such tax raids before and it was nothing new.

After joining BJP in 2007, Sarma was elected as municipal councillor from Dumbhal of Surat Municipal Corporation in 2010 and had been on executive committees of the BJP in Gujarat in 2012 and 2015. He was also a member of the party’s national executive committee of arts and culture unit. He has also closed worked with former Gujarat minister Narottam Patel and state BJP president C.R. Paatil.