Nasrin Sotoudeh, who has represented opposition activists including women prosecuted for removing their mandatory head scarf, was arrested in June last year. 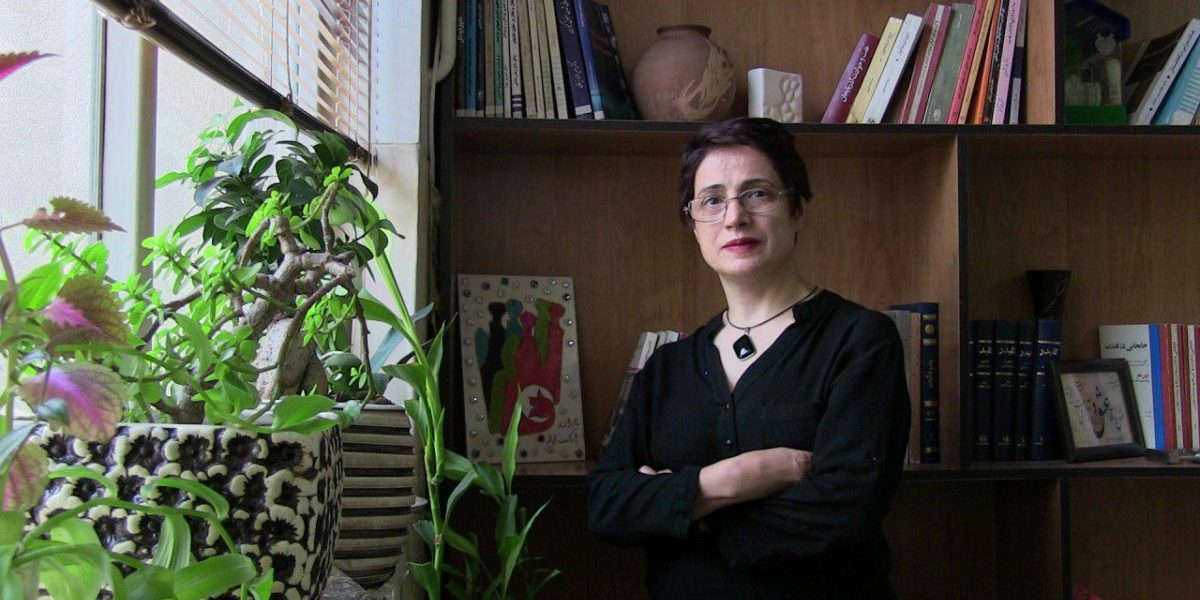 New Delhi: Nasrin Sotoudeh, an internationally renowned human rights lawyer jailed in Iran, was handed a new sentence on Monday – 38 years in prison and 148 lashes, according to her husband.

Sotoudeh, who has represented opposition activists including women prosecuted for removing their mandatory head scarf, was arrested in June and charged with spying, spreading propaganda and insulting Iran’s supreme leader, her lawyer said.

She was jailed in 2010 for spreading propaganda and conspiring to harm state security – charges she denied – and was released after serving half her six-year term. The European Parliament awarded her the Sakharov human rights prize.

A judge at a revolutionary court in Tehran, Mohammad Moqiseh, said on Monday Sotoudeh had been sentenced to five years for assembling against national security and two years for insulting Supreme Leader Ayatollah Ali Khamenei, the official Islamic Republic News Agency reported.

Sotoudeh’s husband, Reza Khandan, wrote on Facebook that the sentence was decades in jail and 148 lashes, unusually harsh even for Iran which cracks down hard on dissent and regularly imposes death sentences for some crimes.

“She was sentenced to a total of 38 years imprisonment with 148 lashes, five years in jail for the first case and 33 years in prison with 148 lashes on the second charges,” Khandan told DW.

It is unclear, human rights NGO Amnesty International said, if the judge was referring to a separate case. If not, it has not been determined why what he said differs from what Sotoudeh was told.

“We do not know the case which Judge Moghiseh is speaking about. My wife has been sentenced to 33 years in a court in absentia. Eight months earlier she had been told that the five-year prison sentence issued earlier would be enforced,” Khandan said, according to DW.

“Only the longest sentence will be served,” the lawyer’s husband told AFP.

The news comes days after Iran appointed a new head of the judiciary – Ebrahim Raisi, a hardline cleric who is a protégé of Supreme Leader Ayatollah Ali Khamenei. The appointment is seen as weakening the political influence of President Hassan Rouhani, a relative moderate.

Iran, often accused of human rights abuse, said on Monday it had allowed UN Deputy High Commissioner for Human Rights Kate Gilmore to visit last week at the head of a “technical mission”.

The visit, confirmed by a UN official, appeared to be the first in many years by UN human rights investigators who have been denied access by the government.

The UN investigator on human rights in Iran, Javaid Rehman, raised Sotoudeh’s case at the UN Human Rights Council in Geneva on Monday, saying that last week she “was reportedly convicted of charges relating to her work and could face a lengthy prison sentence.”

Amnesty International has released a statement terming the sentence given to Sotoudeh “an outrageous injustice”.

“Nasrin Sotoudeh has dedicated her life to defending women’s rights and speaking out against the death penalty – it is utterly outrageous that Iran’s authorities are punishing her for her human rights work. Her conviction and sentence consolidate Iran’s reputation as a cruel oppressor of women’s rights,” Philip Luther, Amnesty International’s Middle East and North Africa research and advocacy director, said.

The international human right NGO said that this is the harshest sentence it has documented against a human rights defender in Iran in recent years.

Sotoudeh’s husband Khandan has raised the matter with The Center for Human Rights in Iran. “It’s shameful for Iran’s judicial system to issue such a heavy sentence against a human rights activist. This verdict shows that making statements in our country comes with such a high price. This sentence is unjust, illogical and unusual,” he has said.