Peng, a former doubles world number one, had a video call on Sunday with IOC president Thomas Bach after the international tennis community expressed mounting concern for her wellbeing. 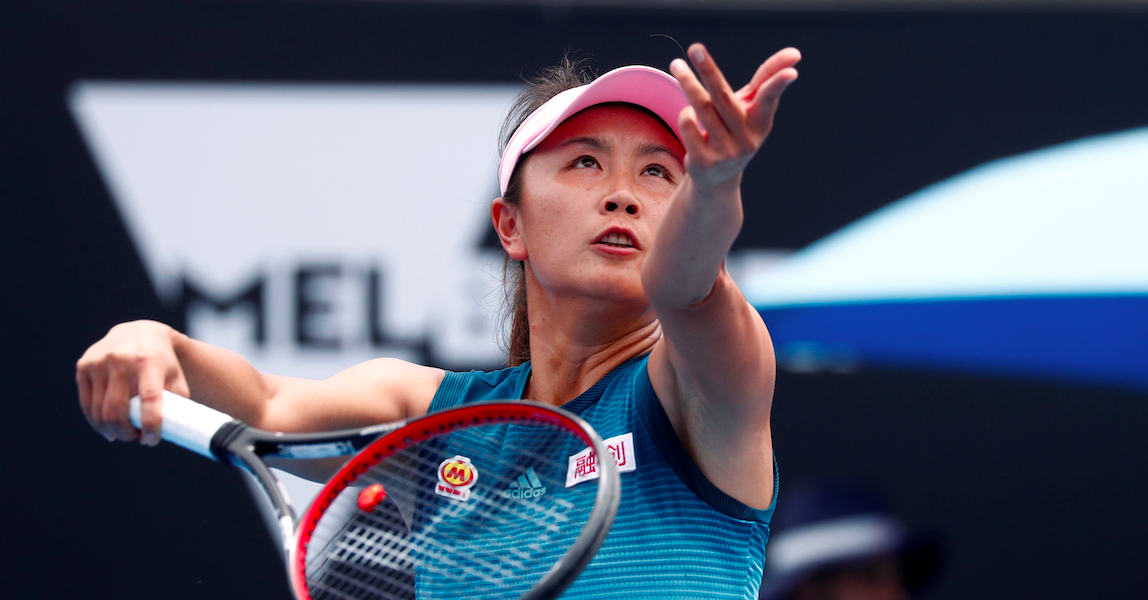 A file photo of China’s Peng Shuai serving during a match at the Australian Open on January 15, 2019. Photo: Reuters/Edgar Su/File Photo

The International Olympic Committee (IOC) has entered dangerous waters by taking part in a call with Peng Shuai that was meant to provide assurances over the Chinese player’s safety, human rights group Amnesty International said on Monday.

Peng, a former doubles world number one, had a video call on Sunday with IOC president Thomas Bach and told him she was safe and well after Western governments and the global tennis community expressed mounting concern for her wellbeing.

The 35-year-old had not been seen for nearly three weeks since alleging on social media that former Vice Premier Zhang Gaoli had sexually assaulted her.

Neither Zhang nor the Chinese government have commented on Peng‘s allegations.

The Chinese foreign ministry did not immediately respond to an email request on Monday for comment on the Amnesty statement.

“The IOC is entering dangerous waters. They should be extremely careful not to participate in any whitewash of possible human rights violations,” said Amnesty‘s China researcher Alkan Akad.

“In the past, we have seen various similar cases where people had no option but to say what they had been told to,” he said.

Akad said the video call was barely convincing and did little to alleviate fears over the player’s wellbeing, echoing the Women’s Tennis Association (WTA) earlier on Monday.

Akad called on the Chinese government to investigate allegations of sexual abuse and ensure that the survivors have a platform to express themselves freely, and without any adverse consequences.