Interview: 'Despite Govt Diverting, Movement is Getting Stronger': Farmers' Leader

SKM leader Jagjit Dallewal says their protests have been able to prompt people to talk about the 'dirty tricks' of the current regime, and not just about the three 'black' laws.

Singhu Border (Delhi): In a small room near the White House Hotel on the Singhu border, farmers’ leader and one of the main negotiators from the joint farmers’ front, Jagjit Singh Dallewal of the Bhartiya Kisan Union (BKU) Sidhupur found a few minutes between press conferences and meetings to take a paracetamol tablet for his feverish body ache. A few hours ago, he, along with other farmers leaders, had a run-in with a journalist from a big media house accused of portraying the farmers’ movement in a “bad light”.

Resting after the argument, leaning back on a pile of blankets set against the wall of the small room, Dallewal spoke to The Wire about where the movement is headed after the January 26 chaos.

“The government is diverting our focus,” he said calmly. “We’re now occupied with providing legal aid and support to over a hundred arrested people – a majority of whom are innocent,” he said.

Admitting that the events of January 26 were a big jolt to the movement, the leader of the Samyukta Kisan Morcha (SKM), Jagjit Dallewal, said that they are continuously working towards making this agitation even “stronger”.

Also read: Not So ‘Local’ After All: Meet the People Who Tried to Violently End the Farmers’ Protest

“The events of January 26 have undoubtedly dealt a big blow to the movement, but we are mobilising more and more people. In the coming days, the movement will emerge stronger,” he added.

An edited transcript of the full interview has been produced below. The language has been edited slightly for clarity.

What’s the position of the farmers’ movement as of today?

Our movement faced a setback on January 26. It came as a big jolt to all of us. But now we are making this movement stronger. More and more people from Punjab are joining us. Not just Punjab of course, but Haryana and Uttar Pradesh’s farmers are also gathering in large numbers – more than before. The response to the call of a nationwide chakka jaam and the rail roko programme has been good. It is after January 26 that these calls were made.

In Rajasthan, farmers also blocked toll plazas after January 26, which means the movement is ongoing. Even in Uttar Pradesh, farmers were not allowed to mobilise, but in seven districts, they managed to do it despite the state pressure. All this shows that the farmers’ movement is on track.

I believe that the support for this movement will be even stronger now. Earlier, people spoke only against the three black laws. Now, people are also against the dirty, repressive tricks of this government. Everyone is aware of the conspiracy the government tried to hatch on January 26, to malign the movement. 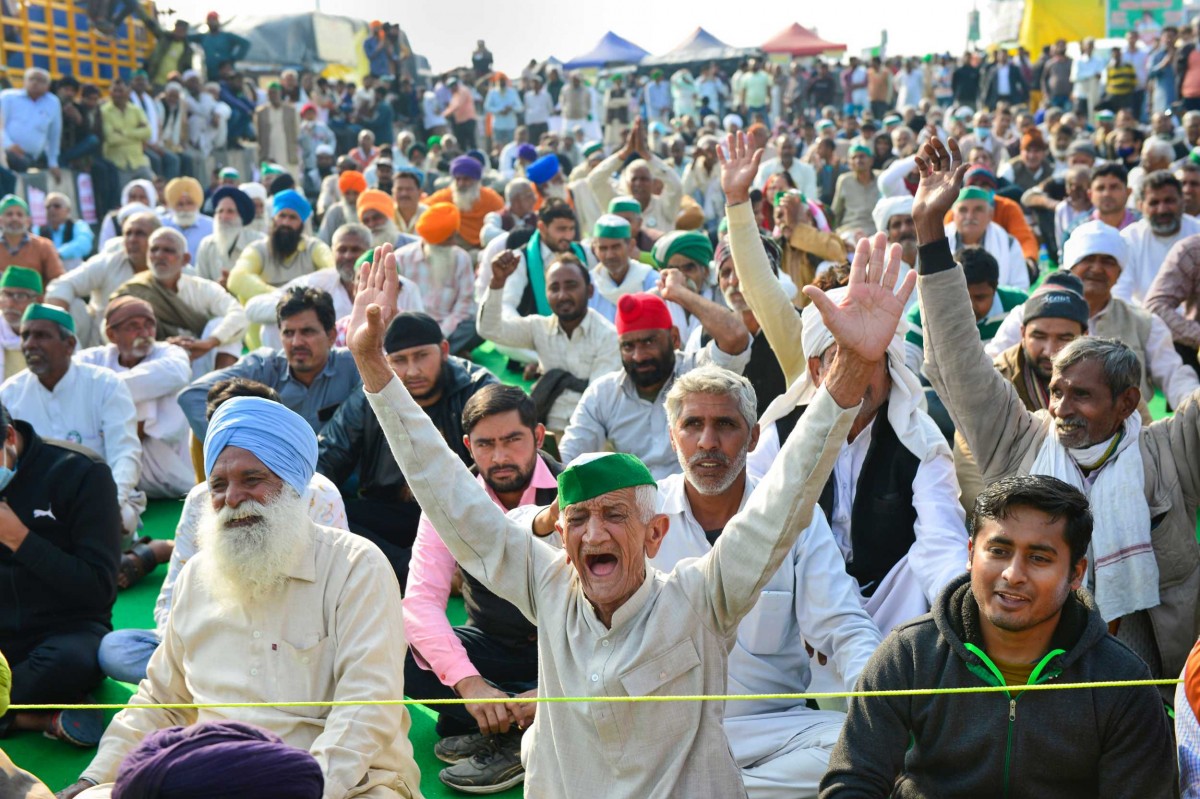 Aren’t the FIRs and arrests demoralising the farmers?

It is all but natural that our focus is being diverted from the real issue to the arrests. It is also natural that the families of those arrested fear further consequences. This is the reason why the government is harassing farmers like this. The government kept looking for a chance to do something like this where they could pressurise farmers’ leaders and other activists to back off.

On January 26, they got a chance to do it. Now we are focussed on getting all those people released who have been arrested by the Delhi Police. A large team of lawyers from the SKM and also the Delhi Gurudwara Prabandhak Committee are collectively working to free all those incarcerated unjustly.

The joint farmers’ front distanced itself from ‘miscreants’ who marched to the Red Fort on January 26. However, today you are saying that they have been incarcerated unjustly. You’re even providing legal aid to those who were picked up from the Red Fort.

See, we are trying our best to help each and every person who is innocent. There are certain limitations under which a large farmers’ front like the SKM can operate. We have to take care of the sentiments of everyone. People of various states, various religions, various castes have joined us. Although, to hoist the flag atop the Red Fort doesn’t mean that this is a call for Khalistan. Let’s be clear on that. That is a religious flag.

But a narrative was created by the government and the godi (lapdog) media against our movement using that incident. “They are all Khalistanis,” they said. But anyway, our aim is to keep everyone united in this movement. With the motive of respecting the sentiments of everyone involved in this movement, the SKM has certain limitations. Every movement has those kinds of limitations. Keeping those in mind, the SKM has taken a stand. Apart from that, we will fight for everyone who has been arrested.

How are mahapanchayats helping the farmers’ movement?

The purpose of holding mahapanchayats is to raise awareness about these laws. In most places, where there is BJP’s government – like UP and Haryana – the government is trying to spread fear. In those areas, we want people to stay united with our movement. Mahapanchayats are also a message to the central government that huge crowds are being mobilised against the farm laws and they must be aware. These mahapanchayat rallies are being led by the SKM.

The government says that they offered everything that they could. The last offer they made was the suspension of the laws for at least 18 months. But you wouldn’t take it. Why?

See, the suspension which was offered can be easily understood as just that – a suspension. It will bring us to this point again after say 18 months or three years. It will assuage us of fears now, but not in the long term. In the long term, we won’t be able to build a movement as huge as this. We have made this far, and we demand only a full repeal of the laws. We have argued for the repeal in the 11 meetings we had with the government. We aren’t being adamant on this. We are logically opposing these bills. They must go.

These laws will destroy the government procurement system, they will destroy the MSP (minimum support price) regime, farmers’ lands will be taken over eventually, the Food Corporation of India will be removed from the equation. The laws, in the long term, are a move towards all this. If we don’t repeal these laws, in a domino effect, the entire agricultural economy will change. So, there is no question of suspension. The parallel private market yard is going to destroy the APMC market yard without a doubt and this won’t be good for anyone. We have seen the example of Bihar already.

Are you hopeful of further talks with the government?

This is for the government to decide. People are with us. The government has dealt with us brutally in these last few weeks. If they would want to talk, we’ll see. We would like them to take back all the false cases on us as well.

What do you have to say about the arrests of young activists like Disha Ravi who are supporting the movement?

See, the peasant movement in this country has had a long history. During the Pagri Sambhal Jatta movement, Banke Dayal was arrested by the British for composing and singing the iconic ‘Pagri Sambhal Jatta’ song. So, these kinds of arrests are not new. The young must not fear a repressive state. True and honest journalists are being arrested by the government for doing their job.

Supporters of the movement, even living as far as Bangalore, are being arrested. There are no two ways of saying this. This government is undemocratic. They are maligning farmers and their allies, calling them names, calling them parasites. This is what dictatorships do.