Unrepresented and unrecognised as workers, India’s estimated 1.5 million to 4 million waste pickers have no place in social security schemes.

Walking on a mountain made of waste at the Bhalswa landfill site in Delhi, Santosh – a 33-year-old safai mitra (waste picker) – is tired, and frustrated. Part of India’s mammoth unsecured, unprotected workforce, he is deeply anguished and uncertain of his future in this time of the pandemic.

“The waste we pick isn’t ours, it is yours. And people call us dirty,” said Santosh. “Despite our work of collecting and segregating everyone’s waste, we are given no dignity. There is no one to represent or recognise our interests or fight for our well-being.”

Waste pickers are defined in the Solid Waste Management Rules, 2016, as a “people or group of persons informally engaged in collection and recovery of reusable and recyclable solid waste from the source of waste generation the streets, bins, material recovery facilities, processing and waste disposal facilities for sale to recyclers directly or through intermediaries to earn their livelihood (sic)”. [Rule 3(1) (58)]

The Solid Waste Management Rules, 2016, are explicit in offering a wide range of choices to urban municipalities for waste-management systems they may want to adopt depending upon local conditions. Contracting out the system of doorstep garbage collection, partly or fully, to local and multinational operators, is the most popular because a strong lobby believes that the privatisation of garbage collection is cheaper and more efficient. As a result, the ad-hoc contractualisation of waste-pickers (working on daily wages) has become rampant across most urban municipalities.

A 2018 study by Chintan, a not-for-profit organisation advocating for the rights of waste pickers in Delhi, found that after the Municipal Corporation of Delhi privatised waste collection, approximately 50% of waste pickers lost their jobs or experienced a drastic fall in their incomes.

Despite being referred to in Solid Waste Management Rules, waste pickers now remain largely isolated from most social-security schemes and legal protection framework due to their lack of formal recognition and adequate representation. This means they did not receive any governmental aid or social protection even during the nation-wide lockdown in the early months of the pandemic. They are nirbhar (on their own), without support from either the state or the Union government. 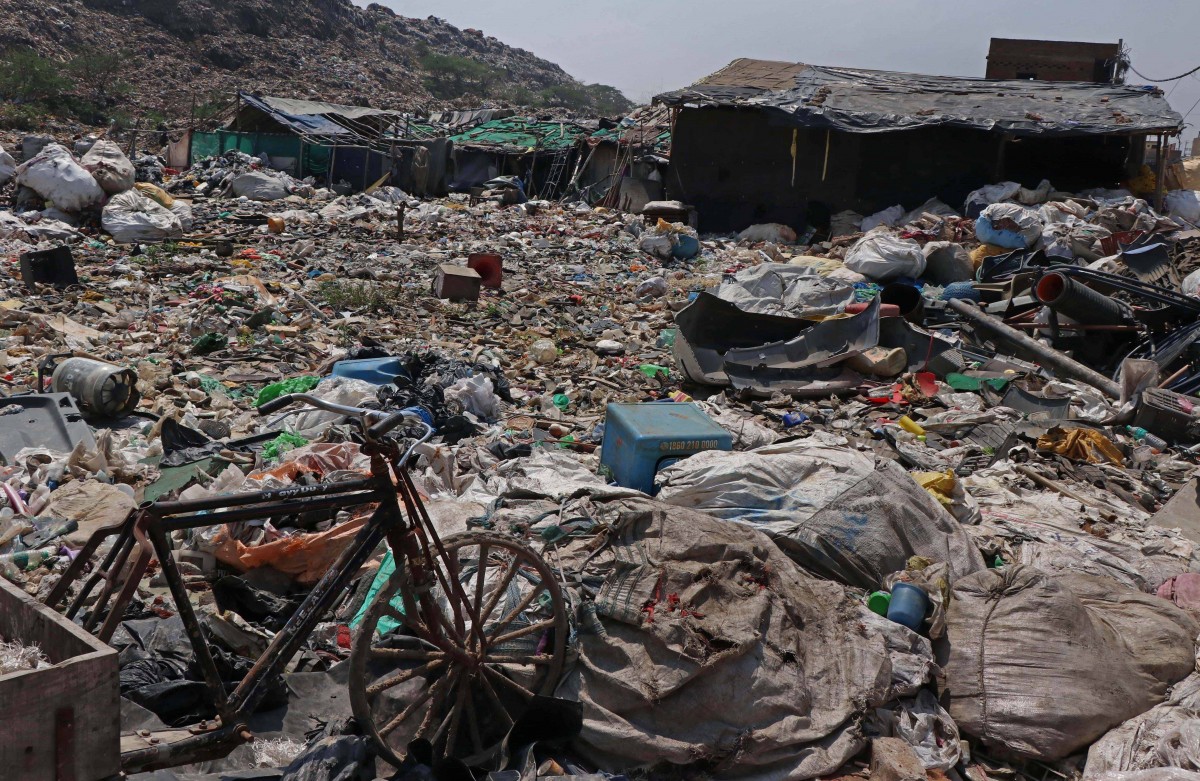 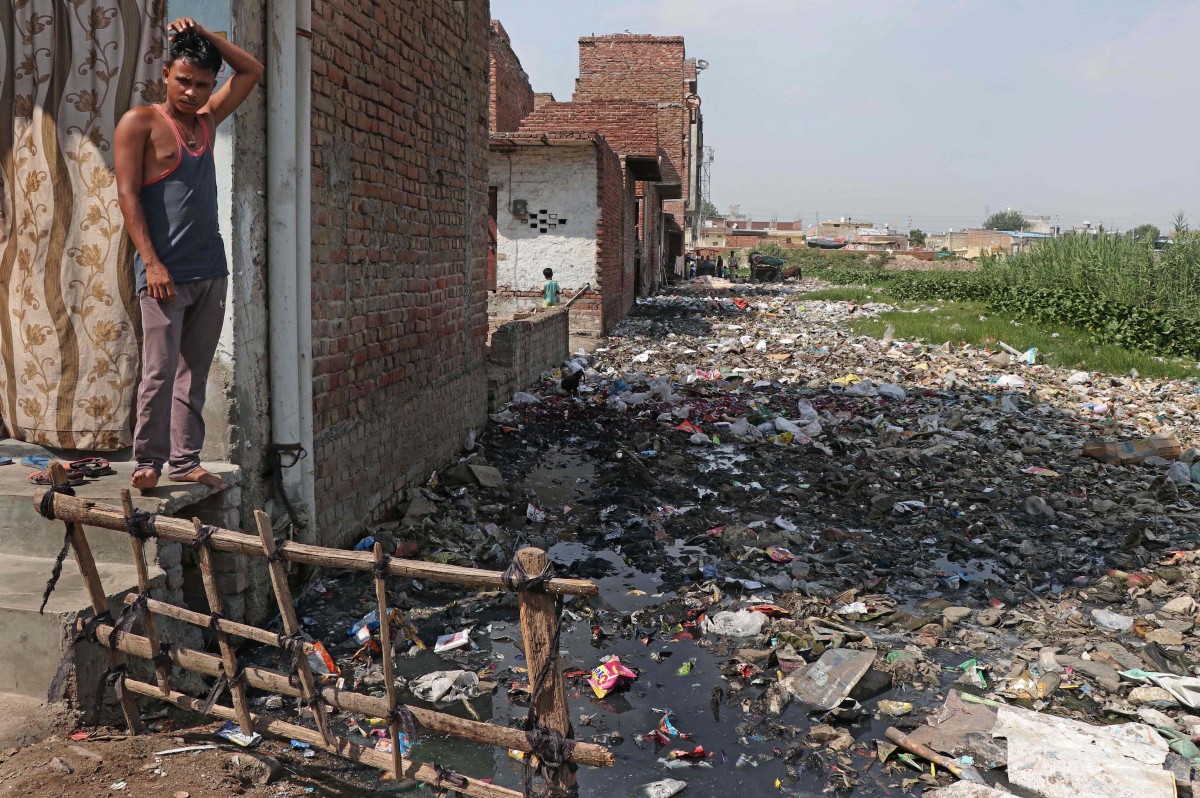 The dismal state of being

Waste picking ranks the lowest in the hierarchy of urban informal occupations and yet there are an estimated 1.5 million to 4 million waste pickers across India.

Why would anyone work in such conditions with no dignity? This question was answered by Santosh and his colleague, Kalu, who had migrated from Kolkata to Delhi about two decades ago.

The poor living conditions of the rural hinterland, the lack of opportunities for work there and their personal lack of skills to qualify them for paying jobs forced Santosh and Kalu (and many others) to turn to waste picking. More than 90% of the people at the landfill said they had migrated to Delhi from either West Bengal or Uttar Pradesh. Most are from rural West Bengal.

Ansari, another waste-picker, told us: “All my family members (as part of Bhalswa’s safai mitra) start collecting waste early in the morning, after the trucks finish unloading the fresh waste late in the night. We try finishing the collection by early dawn because it becomes difficult to work in the peak of sunlight. We bring the collected waste home, segregate it, and then look for places to sell some of it.” 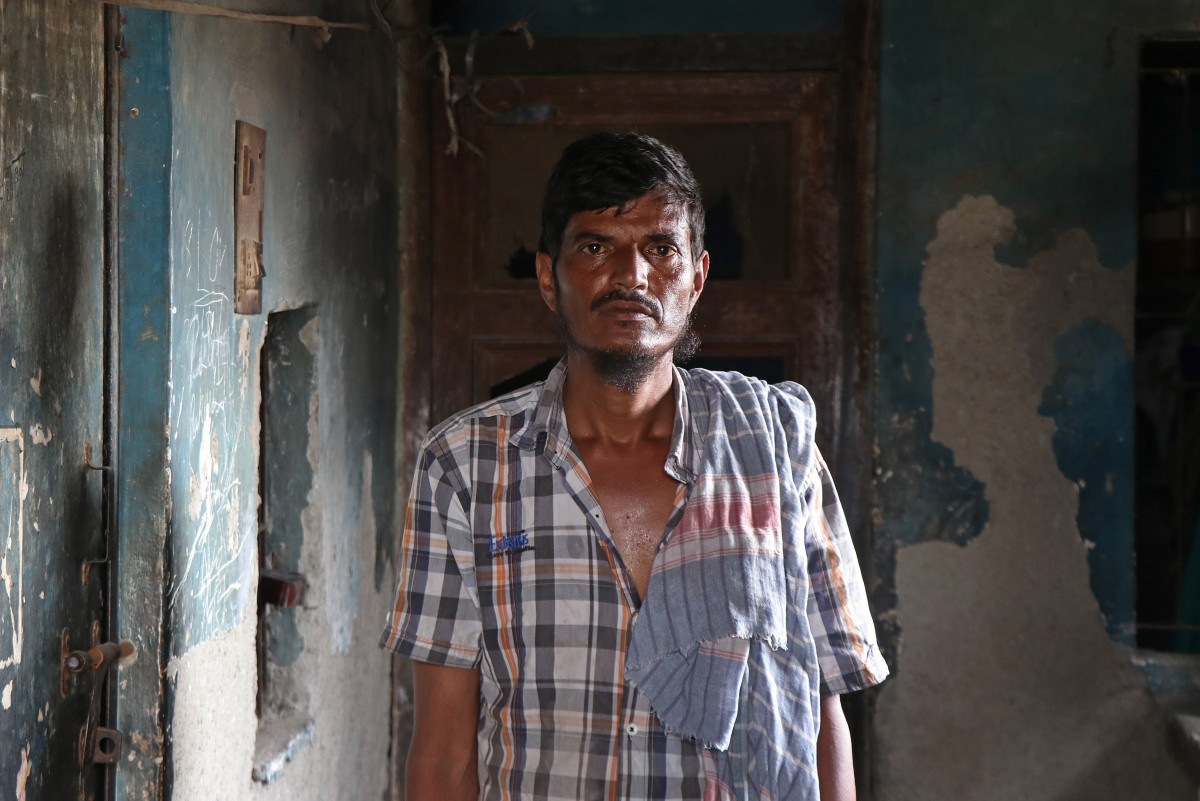 During the lockdown period, Ansari and many others found it difficult to manage even a single meal for their families.

Their children were given “chai” (black tea) when there was nothing to eat. The tea was without milk, because milk was unaffordable at the time.

Also read: ‘Quarantine’: A 1940 Story on a Sanitation Worker and His Mission

The lockdown put an abrupt end to their daily incomes, said the waste pickers. There was very little assistance from the government. Dry food and grains were distributed by a few local NGOs and social organisations. These provision weren’t nearly sufficient for families to survive for days without work and money.

The lack of daily income not only made it difficult for them to meet their daily expenses, but rent, medical expenses and pending debts became a grave concern. Most of them are at risk of eviction now, if they haven’t been evicted already. Hina said: “At this point, if anyone in the family falls ill, we cannot even afford medicines, let alone treatment.” 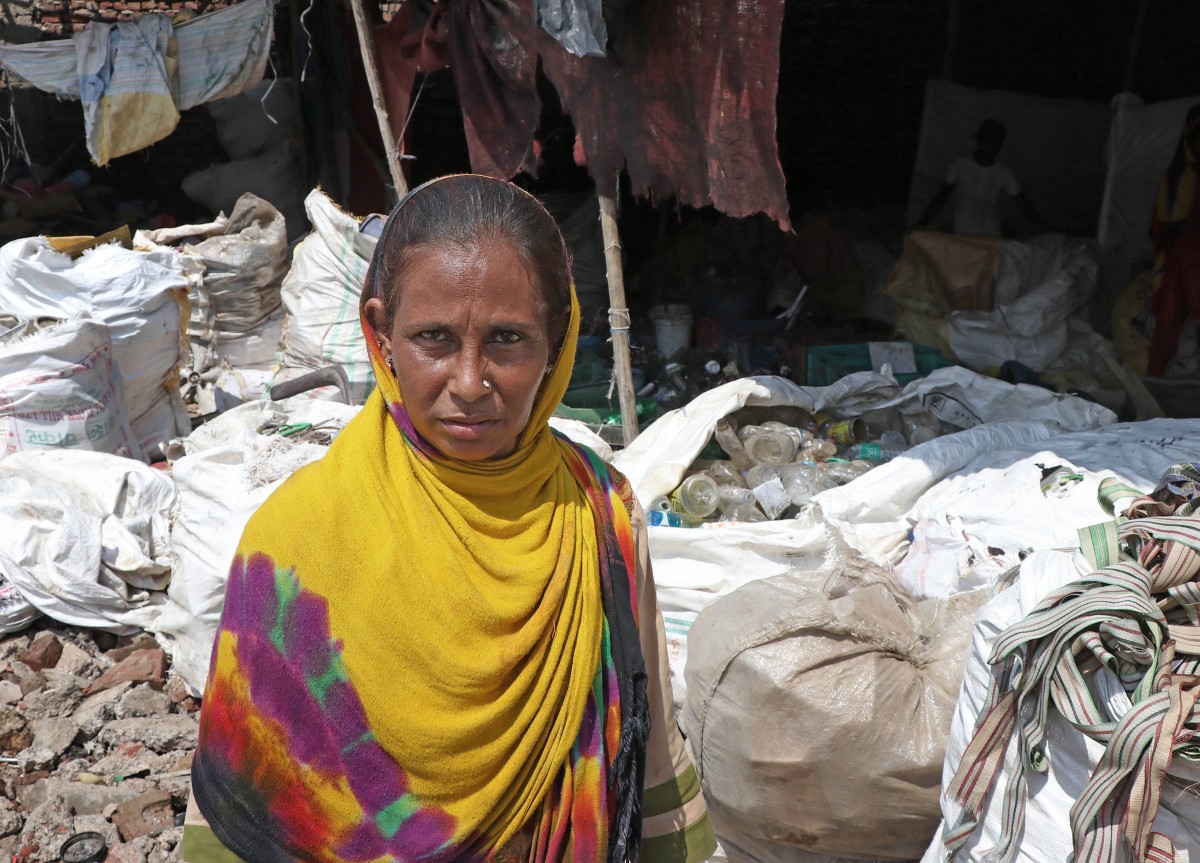 Before the lockdown, a family of waste pickers earned about Rs 8,000-12,000 a month. The average rent they pay for a small shanty within the landfill site is around Rs 2,000-2,500 a month and the electricity bill is around Rs 500 every month.

These expenses are inelastic. Most of the safai mitras are struggling to pay them.

Trying to sustain themselves during the lockdown, many safai mitras tried to collect waste from houses, but their attempts were thwarted by the police. “Bahar jaate the, toh police danda deti thi (When we went go out, the police would beat us with sticks),” they said.

To add to their woes, a waste landslide occured on August 13, in Bhalswa from excessive overnight rains and three of them were injured.

The Bhalswa landfill site is spread over 70 acres of (waste) land and as of October 2019, has reached 65 metres in height. It reached its saturation point in 2006, but the landfill still receives about 2,100 metric tonnes of mixed waste every day. The waste-picking community lives within this site on different ‘storeys’ of the waste hill. Torrential rain washes away the waste, carrying with it the shanties where the workers live. In September 2017, two people had died and several others were injured when a huge portion of the Ghazipur landfill in East Delhi collapsed, sweeping motorists on a nearby road into a canal.

Also read: The Murky Underbelly of Sanitation During the Pandemic

The August 2020 landslide, according to Brajesh, was not so bad. “The water entered the house and we were submerged up to our waists, but we are thankful that it didn’t destroy the house. We just picked up the children and tried to run down the hill,” he said.

Kamal, standing next to Brajesh, described how the rain and waste landslide affected their work in the weeks thereafter. The waste collected for segregation was worth around Rs 30,000 he said. Drenched and washed away on the night of August 13, what is left of it is now worth about Rs 7,000-8,000 only.

But no one notices the plight of the waste pickers. Low wages, high rental and medical costs, poor living conditions, an absence of adequate regulations to govern their work, government apathy, marginalisation and no social security have made them vulnerable. This situation has been exacerbated in this time of the pandemic. But still, nobody notices.

Note: Names of the respondents have been changed to protect their identity.

Jignesh Mistry is a freelance photojournalist currently engaged with PAIGAM (People’s Association in Grassroots Action and Movement). Akriti Bhatia is Founder and Director, PAIGAM. Deepanshu Mohan is Associate professor of Economics and Director, Centre for New Economics Studies (CNES), O.P. Jindal Global University. Shivani Agarwal, Sarah Ayreen and Tarini Mehtani are all Research Analysts with CNES.
The authors would like to extend a special note of gratitude to Sheikh Akbar Ali from Basti Suraksha Manch for his kind assistance in helping the research team connect with the Safai-Mitra in Bhalswa, Seelampur and helping them learn about their life-stories. A photo essay on these stories is featured here.