The Two ‘Democracies’ of India and US: How Similar, Yet How Different

In his recent meeting with Prime Minister Narendra Modi in Washington, US President Joe Biden spoke of the two countries' shared “responsibility to uphold democratic values". 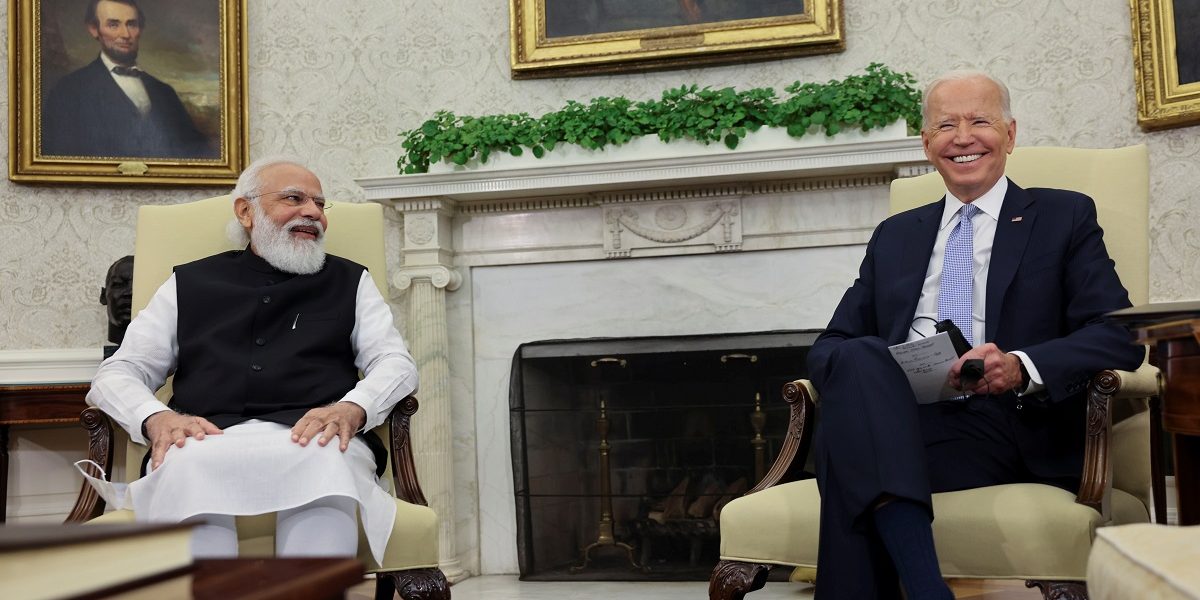 In his recent meeting with Prime Minister Narendra Modi in Washington, US President Joe Biden spoke of the two countries’ shared “responsibility to uphold democratic values”.

He also made mention of the need to preserve and protect “diversity.”

From reports, Modi nodded yes but was chiefly interested in the subjects of “talent” and” technology”.

This meeting occasioned, some thoughts on the idea of democracy as it obtains in the two countries: similar, yet how disparate.

So, whoever polls a handful of votes more than the rival, takes all.

A practice that in essence makes both unrepresentative democracies, unlike, for example, Germany where the number of seats won bears rational proportion to the number of votes polled.

That sort of system would, for example, ensure in India that the 37 percenter does not render the constituents of the 63 percenters redundant, but that all those elected could negotiate a share in power, with differing perspectives and prospects no doubt.

Imagine that in India in the general elections of 2019, the much-maligned Indian National Congress polled 12 crore popular votes against the Bharatiya Janata Party’s 18 crores, but got only a 6th of the latter’s seat tally in parliament.

Thus, effectively, in either country (the US and India), citizen’s votes do not end up having equal value.

Secondly, the idea of democracy in each country bears no relation to economic equity.

In each country, the 1% remain in possession of more than half of either nation’s wealth—reason that explains their shared wariness of socialist ideas that seek to extend democracy from the political to the economic life of citizens, reason why the Left calls such democracies “class-based” ones in which the rights and privileges of ownership remain distinct from those of the wage-earner.

Caveat: Given that the US’s democratic revolution was closely aligned with Puritan-Christian thought (see R.H. Tawney, Religion and the Rise of Capitalism), property ownership came to be seen as an index of the promised salvation; but, Article 39 of the constitution of India clearly enjoins as a Directive Principle of State Policy that there should be no concentration of wealth in a few hands, nor should people be robbed of the wealth of lands and forests within which they live. A fact that renders the drive towards inordinate privatisation (favouring a handful of crony capitalists) of resources in India ultra vires.

Although in each country, the democratic system was chosen in opposition to imperial-colonial-monarchical rule, the all-important political principle of free expression and independent institutional practices vary in ways that render them similar democracies only in a formal sense, especially in the contemporary moment.

In the matter of freedom of expression, the principle of dissent remains paramount in the US, protected by the First Amendment.

Thus, in the US, constitutionally, the citizen may speak, write, draw cartoons critical of both the government and other organisations, defy traditions and customs, mount protests against the government of the day to an absolute degree of freedom, only so long as such expression does not incite or engage in violence.

Indeed, the controversial Second Amendment gives US citizens the right to bear arms for self-defence and protection of private property.

That this troublesome right also flowed from a daring sentiment embedded in the French Revolution of 1789 is now less known: namely, the right of the citizen (a term born in that revolution) to resist “tyrannical” governments.

The American citizen may through speech or writing hurt sentiments of the other, or of executive authority peaceably and not be charged with sedition. Anyone may of course enter libel suits if she so desires.

Although Article 19 1(a) or the Indian constitution likewise provides for the citizen’s right to free speech as a “fundamental right,” the subsequent clause (b) hems in this right with a plethora of restrictions

To a point now where, for all practical purposes, dissent no longer carries the value of being the essence of democracy in India.

The least hurt sentiment or sharply formulated critique may now land any citizen – be it journalist, academic, social worker, civil rights activist, member of an opposition party – in jail, to serve time before trial begins. And not infrequently, many may be pronounced innocent after decades of incarceration.

Which is not to say that such instances may not be found in the American system.

Often, Black and Latino Americans and Indian Dalits and Muslims suffer such fate.

As to the criminal justice system: in India, the investigative and prosecuting authority is one and the same, and more often than not, investigations and prosecutions are undertaken by the law enforcement agencies with a canny eye to the will of the executive.

The Department of Justice there enjoys a stern autonomy, often anathema to the executive head, reason why on occasions high prosecuting authorities choose to leave their posts rather than be nudged, gently or otherwise, to follow a course congenial to the political interests of the executive head.

For example, however hard he tried, Donald Trump could not get the Department of Justice or the courts, Supreme Court included, in sundry states to produce the finding that the last presidential election was a fake exercise.

Nor did Republican governors in some states bend to his desire to manipulate the vote count.

When something like Watergate did happen, the investigations, however thwarted and tortuous, led to the resignation of the then president Richard Nixon.

As to our parliament and their Congress:

Committees of the American Congress may haul up the tallest of civil or military authorities to answer to questions in open hearings, (with subpoena powers should someone choose not to appear voluntarily), televised not just to the American public but to the wide world.

Contrarily, the Select or Standing Committees of our parliament remain toothless adjuncts.

Not only are Bills rarely now referred to them for scrutiny before adoption by the full houses (increasingly now without even a modicum of debate), but, if and when some committee suo motu dares to call hearings (the recent most case of the Pegasus intrusions), the least officer of the government may choose not to appear and suffer no consequence. Our committees have no provision to issue legally binding subpoenas.

As to governors of states, theirs are directly elected, ours are selected by the executive, ostensibly as custodians of the constitution, but in reality more for the purpose of curbing “excessively” federal articulations.

And almost never does a losing Republican cross over to become a Democrat, and vice versa, such thoughts seen as an unconscionable betrayal of their constituents and of ideological loyalties, however thin the lines between the two main parties on substantial issues.

Let it not be said how our elected representatives behave in this regard. Indeed, in recent years and days, the crossovers have become the rule rather than the exception, justified on camera with cavalier bravado and pathetically disingenuous banter.

More often than not, such crossovers are thought to be smart moves, much as one corporate executive may switch companies, and promptly sing praises of new employers, once mortal adversaries. 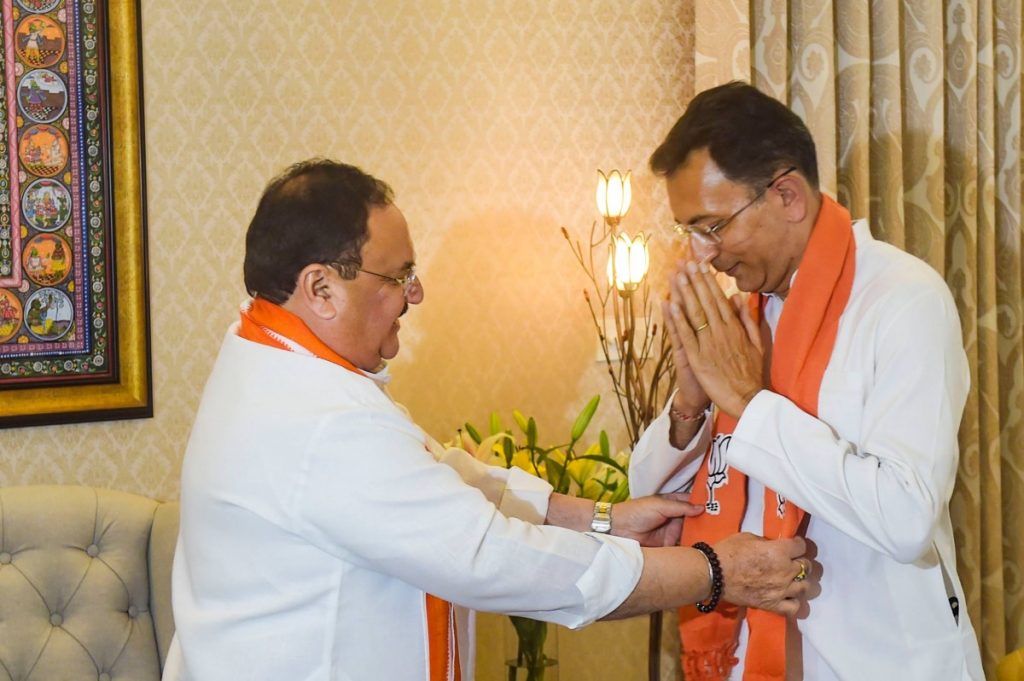 Federalism remains a cardinal verity in the American political-constitutional system.

This to a point where even party-electoral/campaign practices vary from state to state. Some have caucuses, some primaries, some allow postal ballots, some do not, some state legislatures pass laws aimed at suppressing Black voter turnout, others encourage practices that facilitate such voter turnout, some allow early voting others do not. In some states, the winning candidate may take all Electoral College votes, in other states not so; and so forth.

Quite in the same way, provisions in the criminal justice system vary from state to state.

Some states still hold on to capital punishment for heinous crimes, others have abolished the same.

Some states allow abortions as an incontestable right to the exercise of free choice, others either disallow, or make the exercise of such female choice virtually untenable.

That such diverse practices are discriminatory is obvious (an American citizen may die for the same crime in one state and not so in some other, etc.); but the moot point is that never may the central executive intervene to reset state laws and practices by fiat, leaving the right to do so only to state legislatures.

Here an Article like 370, however it carried the weight of federal history and constitutional commitment, may be abrogated without reference to the state legislature.

And those that are seen likely to protest such dictatorial practice may be locked up under laws that require no due juridical process, or right to contest.

America has been called a melting pot, and India a salad bowl.

There, an Obama may become a two-time president, here it remains still inconceivable that a Dalit or a Muslim may become prime minister.

Perhaps in some distant future, should our democratic system survive.

There, a woman of Indian origin may become vice-president, but here a Sonia Gandhi remains an “outsider.”

There, American citizens of Indian origin may carry the tricolour to cheer an Indian dignitary or an Indian winner at the Olympics, here such a thing would be treason.

There, any teacher at college or university may draw up her own syllabus, and list of required and recommended books for a course, here syllabi may be dictated by authorities seeking a monochromatic view of histories of knowledge, and uniformity of ideological perspective.

All that despite the conjoint fact that in both countries there are vigilante groups and organisations which strive, peacefully or violently, to hound those seen as foreign to an “indigenous” Anglo-Saxon way of life and belief or an equally homogenising cultural identity in India.

An added fact of interest: many among the four million or so American citizens of Indian origin who have greatly benefited from the melting pot are also, curiously, staunch supporters of majoritarianism in India. Not always thinking how their lives might be impacted were majoritarianism to be also a fact of American cultural life.

There, when an insurrection ensued in pursuance of such a goal, the state came down hard on the exclusionary insurrectionists.

Here, the state often looks the other way. Or, if action is taken, no concrete consequence follows to evict such elements from their clout in the republic, state agencies tending to remain – sometimes openly, sometimes covertly – either on the side of the cultural majority or disingenuously comatose.

Debates on television channels are conducted by anchors without looking back over their shoulders.

Here, not so easy. 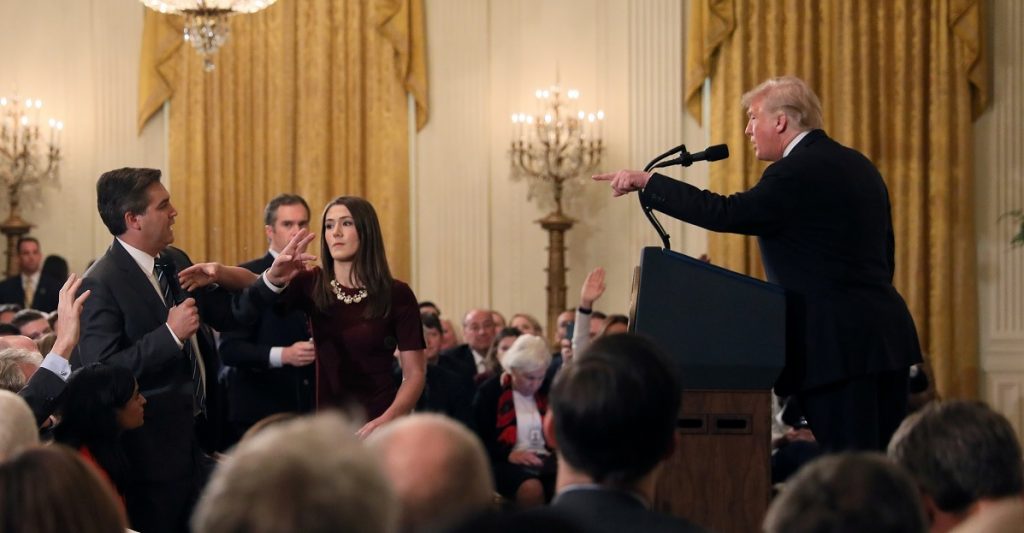 There, despite an ever-shrinking non-white, non-Christian demography, talent still finds its way ahead. Here, an 80% Hindu majority remains in fear of the 20% minority that we are told is victimising the 80% and poised to usurp the nation and its identity and wealth.

Altogether, “democracies” both, but how diverse.

And, to Biden’s point, it is the diversity within the two democracies that perhaps calls for deeper reflection, even as the similarities are there for anyone to see, and even as a Quad is forged supposedly to protect the free world.

Was Biden passing on some sort of subtle message to Modi, suspecting that India of today perhaps wishes rather to be more like China, desiring a one-party, one-leader dispensation, with all those viewed as “anti-national” who criticise either?

That both “democracies”, as stated at the outset, represent the interests of the 1%, give or take, remains the binding ideology between the two; but the political and institutional verities and practices vary greatly.

Both, however, continue to be clubbed as democracies—one oldest, one largest.