Both international and national laws require British courts to assess prison conditions in the recipient country while deciding on extradition requests. Last week, London’s Westminster court was to review a “step by step video” of Barrack 12 of Mumbai’s Arthur Road Jail where beleaguered liquor magnate Vijay Mallya would be lodged if he is extradited to India. The video was shot during mid-day without any artificial light and submitted by the Indian authorities in response to the court’s directive for the “avoidance of doubt” over the availability of natural light in the cell after Mallya’s defence team had cast doubt through a series of expert witnesses about prison conditions in the country.

One of the main contentions of Mallya’s defence team is that given the prison conditions in the country – which are ‘appalling’ and ‘deplorable’ – his extradition would be in breach of Article 3 of the European Convention for the Protection of Human Rights (ECHR).

Though it is yet to be seen whether poor prison conditions of Indian jails would have any impact on Mallya’s extradition, there are no two ways about the fact that in international extradition practices, often such requests have been declined inter alia on the grounds that the human rights of the fugitive – most notably prohibition against torture and inhuman or degrading treatment or punishment and, fair trial guarantees – would be violated in the requesting state.

The current arguments in the British court in Mallya’s extradition case once again underscore the growing importance of human rights considerations in extradition proceedings. Both international and national laws, especially UK’s Extradition Act 2003, Human Rights Act 1998 and, Article 3 of the ECHR require British courts to assess prison conditions in the recipient country while deciding on extradition requests.

British courts have found ‘inhuman prison conditions’ as amounting to ‘inhuman or degrading treatment’ – a breach of Article 3 of ECHR. They have refused extradition to countries where prison conditions have been found to be systemically in breach of this provision. However, the threshold laid down by the courts in this regard is relatively high and they have declined extradition requests only when they found that there were substantial grounds for believing that the ‘risk’ faced by the requested person is ‘real’.

Recently in Shumba, Bechian and Henta vs France (2018), the UK high court relying on Mursic vs Croatia (2016) – which reminded Europe of prisoners’ rights – reiterated that there will be a strong presumption of an Article 3 breach when the personal space available to a detainee falls below three square metres in multi-occupancy accommodation. In this case, the court held that there may be substantial grounds for believing that the appellants will face a real risk of inhuman or degrading treatment if they are extradited, particularly because of serious overcrowding in France prisons.

Earlier, in Varga & others vs Hungary (2015), the European Court of Human Rights (ECtHR) had ruled that detention of the requested persons in overcrowded cells would violate the prohibition of inhuman or degrading treatment. In this case, the court while hearing the thousands of pending applications had examined the conditions of detention facilities in Hungary. 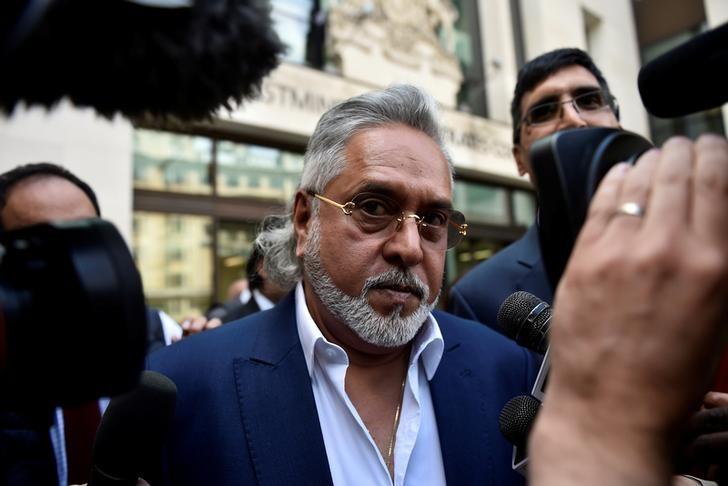 It is to be recalled that most of India’s extradition pleas have failed in British courts mainly on human rights considerations – especially appalling prison conditions – since both countries signed the extradition treaty in 1993. In the last 25 years, India has been able to secure just one extradition from the UK – of Samirbhai Vinubhai Patel in October 2016, who was wanted in the 2002 Gujarat riots cases. This extradition was possible only because Patel did not oppose the extradition request and readily “consented” to it.

Last year, the Indian government’s request to extradite businessman Sanjeev Chawla to face trial in the country for his alleged role in cricket match-fixing was declined by the Westminster Magistrate’s Court on grounds of overcrowding, lack of medical facilities and reports of violence in the Tihar jail where he was supposed to be lodged after extradition. The case is now pending before the UK high court.

Traditionally, in extradition proceedings states followed the doctrine of ‘non-enquiry’ as laid down by the US Supreme Court in Neely vs Henkel (1901), preventing them from scrutinising how the fugitive offender would be treated in the requesting state upon extradition.

Of late, however, states have espoused a more humanitarian approach to extradition matters. In case of a conflict between the obligation of a state to extradite and to protect human rights, courts have given a preference to the latter.  The refusal of extradition requests on the ground of possible human rights violations has now become a regular and well-established practice in international law.

This shift in courts’ stances was greatly influenced by the developments in international human rights law in the post World War II era. A major development in this direction was the adoption of the United Nations Convention against Torture and Other Cruel, Inhuman and Degrading Treatment or Punishment (1994), which provides that ‘No State Party shall extradite a person to another State where there are substantial grounds for believing that he would be in danger of being subjected to torture.’

Courts in European countries have very often declined extradition requests if they are convinced that prison conditions in the requesting state would breach a person’s protection, especially under Article 3 of the ECHR.

The pioneering development in this direction was Soering vs United Kingdom (1989). This case was decided almost thirty years ago by the ECtHR which completely changed the contours of relations between extradition and human rights in the contemporary international law and practice. In this case, the applicant, a German national, was charged with a capital crime and claimed that his extradition from the UK to the US would constitute a violation of Article 3 of the ECHR as he would be exposed to “death row” syndrome amounting to a treatment going beyond the provision of this provision.

The ECtHR held that Article 3 prohibits the extradition of a person who is threatened with torture or inhuman or degrading treatment or punishment in the requesting country, even the treatment contrary to Article 3 is inflicted by the receiving non-member state. The Soering judgment paved the way for the judicial scrutiny of the extradition process for possible human rights violations of the person in the receiving state.

The Soering judgment was a serious attempt by the court to reconcile seemingly two diametrically opposite goals of international society – the need of international cooperation in criminal matters to end impunity and, states’ obligation to the protection of human rights.

The influence of human rights norms is also clearly visible on extradition treaties as well. The adoption of the UN Model Treaty on Extradition on December 14, 1990, was the most notable development in this direction which provides for several exceptions to the extradition obligation. It stipulates for mandatory refusal of an extradition request if “the request for extradition has been made for the purpose of prosecuting or punishing a person on account of that person’s race, religion, nationality, ethnic origin, political opinions, sex or status…” and if the person would be subjected to “…torture or cruel, inhuman or degrading treatment or punishment or if that person has not received or would not receive the minimum guarantees in criminal proceedings, as contained in the International Covenant on Civil and Political Rights” in the requesting state.

Though the sovereign assurance submitted by India promising that Mallya would not be held in the non-compliant conditions may trump the Article 3 argument provided it satisfies the conditions laid down in Othman vs UK (2012), still, in the light of the recent trends in British courts’ approach to extradition cases, securing his extradition would not be a cakewalk for the Indian authorities.

Aftab Alam is a professor of Political Science at Aligarh Muslim University.