Myanmar is in the midst of a violent crackdown by the military. The girl had requested she be sent to her parents, who are in Bangladesh. 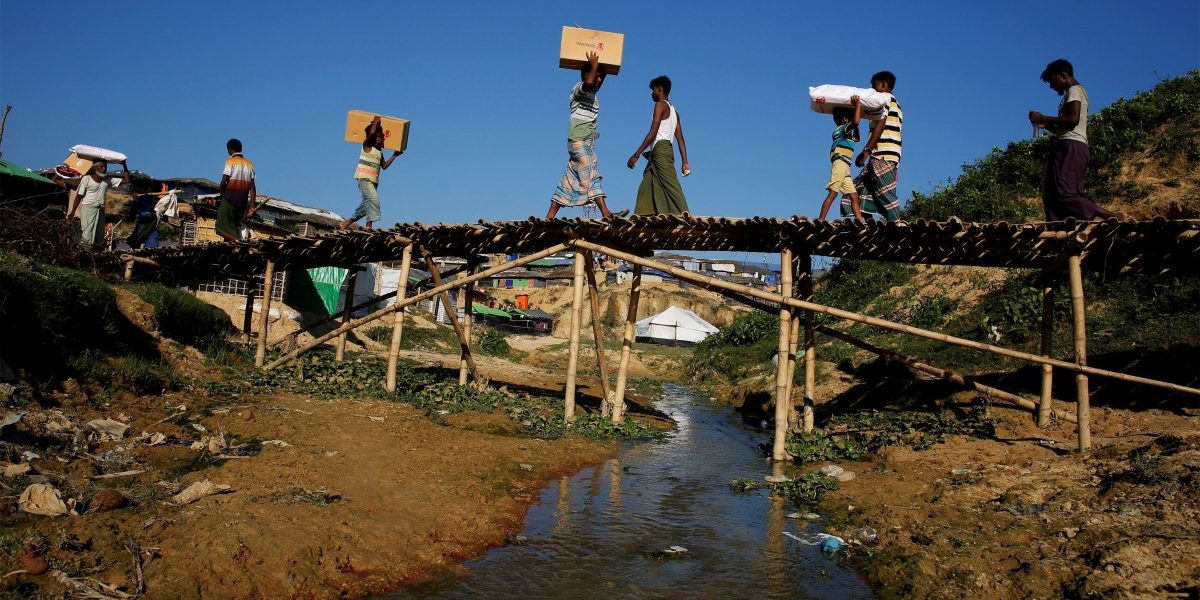 New Delhi: A 14-year-old Rohingya girl whom the Indian government attempted to deport got a temporary reprieve when the Myanmar border authorities refused India’s request to take her back.

The girl had arrived in India two years ago under ‘unclear circumstances’ and was being looked after by an NGO in Silchar, Assam. Her parents are at a refugee camp for the Rohingya in Bangladesh.

According to the Hindustan Times, a team of Assam Police from Cachar district accompanied her to the Indo-Myanmar border in Manipur’s Moreh, where she was supposed to be handed over. The newspaper said that Myanmar’s immigration department refused to open the gate, saying that the situation is “not appropriate for any deportation currently”.

Myanmar is in the midst of violent turmoil as the military has been cracking down on public protests against its coup, leading to a fresh trickle of refugees to India. The United Nations has appealed to Myanmar’s neighbours to extend protection to all those fleeing the country.

Cachar police told the Hindustan Times that the minor girl was found in an unconscious condition at Rongpur area near Silchar town in 2019. After rescuing her, the police handed her over to a shelter home, where she stayed for almost a year. She was later sent to the Nivedita Nari Sanstha.

While the deportation finally did not go through – ironically, thanks to the Myanmar authorities and not India – activists have nevertheless described the attempt by the government to send the girl back as ‘inhuman’.

Silchar-based human rights activist Kamal Chakraborty told HT that if the girl’s parents are in a Bangladeshi refugee camp and the situation in Myanmar is volatile, why did the Indian government even think of sending a minor girl to that country.

“This is a clear case of human rights violation. We are going to write a letter to the Ministry of External Affairs about it. We are also going to give her proper shelter so that she doesn’t become a victim of such attempts in future,” he said.

The Myanmar military’s violent reaction to dissenters since it wrested power has prompted countries like Malaysia to postpone planned deportations to the country. The UN has also urged countries to suspend deportations.

The Rohingya Muslims are a persecuted ethnic minority in Myanmar and have been subject to a genocide since 2017, human rights experts say. Gambia has filed a formal case against Myanmar before the International Court of Justice, which has “imposed ‘provisional measures’ against Myanmar, ordering the country to comply with obligations under the Convention on the Prevention and Punishment of the Crime of Genocide. While the largest number of them have fled from Myanmar’s Rakhine state to Bangladesh, some crossed the border to northeast India and have settled in pockets across the country.

The Assam Tribune has reported that the girl had requested that she be sent to her parents in Bangladesh, where they are staying as refugees at a camp in Cox’s Bazaar, instead of Myanmar, but the Ministry of Home Affairs and the Ministry of External Affairs reportedly adhered to protocol and found that her request could not be entertained.

In early March, nearly 150 immigrant Rohingya who had escaped persecution in Myanmar and were living in Jammu were detained and sent to a ‘holding centre’, thrusting the scattered community into uncertainty. Similar detentions have taken place in New Delhi, the Indian Express has reported.

During the course of the March 26 Supreme Court hearing on the Rohingya issue, the Chief Justice of India S.A. Bobde had remarked, “The fear is that once they are deported, they may get slaughtered. But we cannot stop it…”

Not just Rohingya, the Centre and the Manipur government have been lukewarm to the prospect of sheltering Myanmarese who have been walking to India across the border amidst brutal military repression.

On March 30, it was reported that the Manipur government has withdrawn an order barring district administrations and civil society organisations from opening shelters or providing food to refugees from Myanmar who may have crossed the border in the recent days.

According to a government order issued on March 26, only medical attention could be provided in case of “grievous injuries”. The order asked for people seeking refuge to be “politely turned away.”

On March 31, a video shared by journalist Vijaita Singh, who said it was originally shared by Mizo National Front Rajya Sabha MP K. Vanlalvena and shot the week before, showed children among those being turned away at the Manipur border.

The Mizoram government, meanwhile, has struck a different chord and has asserted publicly that it will be providing support to Myanmar nationals who have fled and are seeking refuge. Nearly 400 people have escaped to Mizoram from Myanmar since late February.

Mizoram chief minister Zoramthanga on March 21, held a meeting with Zin Mar Aung, who is actually the acting foreign minister appointed by the government-in-exile made of National League for Democracy lawmakers who were ousted in the February 1 military coup. He tweeted of the meeting, significantly referring to her as the ‘foreign minister’.