A closer examination of Arvind Subramanian’s claim that India’s liberals have jettisoned principles. 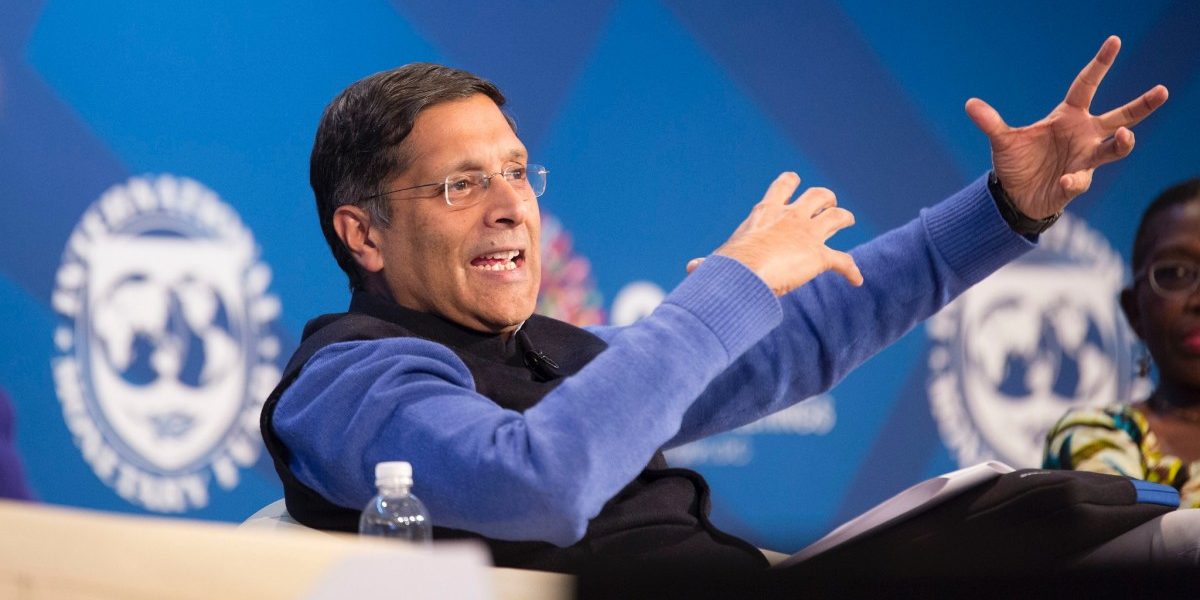 In a recent op-ed published in the Washington Post, Arvind Subramanian has berated India’s liberals for not upholding principle. He has chosen four incidents to make his case. These are the Russian invasion of Ukraine, the hijab controversy in Karnataka, the film The Kashmir Files, and the US-led sanctions on Russia following the invasion. According to him, in all these instances, liberals in India have not stood up for principle in a way that they would have been expected to.

As these cases differ in their significance, I don’t treat them equally. I prefer to go by the broad headings under which they fall, namely, democratic norms in international relations and majoritarian politics in India.

But first, who is a liberal? It is commonly understood that liberals are tolerant of viewpoints other than their own. Liberals also champion the rights of individuals vis-a-vis the state, though they would differ on how far this can be taken.

Actually, the Russian invasion of Ukraine need not be of concern to liberals alone, for even conservatives believe in the rule of law and the sovereignty of countries. Contrary to Subramanian’s suggestion, in India, we have had individuals from both sides condemn it. Subramanian Swamy has written more than once to this effect in The Hindu. I have myself written on the issue in the same space. These articles are not just a peacenik’s view of the world but criticise India’s stand on Ukraine, as exemplified by abstention on the resolutions in the UN’s Security Council and the General Assembly. I have argued that by not standing up for the principle of national sovereignty India’s stature has been diminished. But well before this, Deepanshu Mohan, an economist of the O.P. Jindal University, had condemned the Russian invasion and called for India to adopt a principled foreign policy. Subsequently, his university convened a seminar to discuss the war. There, alternative points of view were presented, some supporting India’s stand in the UN while many opposed it. This is what an open society is about, and it confirms that a commitment to liberal values is alive in India.

Majoritarian politics that serve to isolate the minority have been a feature of India for some years now. The break-up of the state of Jammu and Kashmir, the Citizenship Amendment Act and the exclusive use of Hindi by the Union government are all instances of it. These moves by the Indian state have been accompanied by acts of violence in the name of cow protection against Muslims in northern India in Narendra Modi’s first term. India’s liberals have through their writing protested this. Again, I have myself. Liberals have also taken to the streets. There exists television footage of the country’s leading liberal intellectual being pushed into a Black Maria during a protest in Bengaluru. Now, how can it be said that India’s liberals have jettisoned principles? Students during a protest against police violence on students and the Citizenship Amendment Act, in Bengaluru on December 17, 2019. Photo: PTI/Shailendra Bhojak

As a violation of citizenship rights, the ban on the hijab in government schools in Karnataka, which Subramanian has mentioned, is not on a par with those mentioned above. Moreover, it is not obvious what a liberal position on this would be. While it would hold fast to the principle that secularism would require that institutions of the state be scrupulously even-handed between religions, it is unlikely to champion the hijab as a symbol of the freedom of expression, especially when the case for it is made on religious grounds. Be that as it may, the hijab ban in Karnataka has been publicly criticised by many in India, including by conservatives who think that it goes against the idea of “Indian secularism”, a construction that has allowed political parties to interpret secularism as they please, leading to the entrenchment of some of the most conservative forces in the country. On the other hand, the plan to ban Muslim traders from Hindu temples in Karnataka is on a different level altogether from the hijab controversy and deserves to be condemned as communal without reserve.

Also Read: The Contradictions in the Anti-Muslim Tirade in Karnataka

Buried in the claim that India’s liberals have thrown in the towel is the suggestion that the pravasi (diaspora) liberal is most active in speaking truth to power in their adopted countries. While in the debate on Ukraine many in India have roundly criticised our foreign policy as unprincipled and self-serving, it is worth asking how many Indian liberals based in the United States (US) criticised America’s shameful flight from Afghanistan less a year ago. The US had invaded the country illegally, claiming that Osama bin Laden was in hiding there. Afghanistan was bombed and then occupied even after Laden was found in Pakistan. Then an exhausted US settled with its sworn enemy, the Taliban, and scooted as the British did after two centuries in India, leaving a country to burn. Leaving a country in ruins may not violate a legal principle but it is a despicable act, nevertheless.

The US has resolutely followed its interests and not any discernible principle in international politics. It has in recent history actively supported dictatorships that have shown scant regard for human rights. This seems to have escaped Indian liberals residing in the US. Their gaze, it seems, is for the mother country alone, well after they have decamped.

However, it is as economic advisers to India that the pravasi liberals’ self-proclaimed principles have been most at variance with their practice. Ever since 1991, they have travelled to India to dispense a variant of the Washington Consensus, a view on economic management forged in the US in the early 1990s. Its defining feature is the claim that maintaining “macroeconomic discipline” is sufficient as economic policy. Though ten actions were identified, small budget deficits and low inflation take pride of place in this approach. Notably absent is a developmental agenda. Neither poverty nor inequality figure and government intervention of any sort is frowned upon.

The Washington Consensus has been the template for economic policy in India since 1991 but more so since 2014 when Narendra Modi took office. For a substantial part of this period, economic policy advisers were self-consciously liberal pravasi Indians. But, from inflation targeting to fiscal consolidation and corporate tax cuts, the policies they were advocating would in their adopted country be considered to the right of the political spectrum.

On the other hand, India’s liberals have consistently argued against these policies, and their prognosis has turned out to be right. Even before the pandemic struck, growth had turned below and inflation and unemployment above their respective levels in 2013. Embarrassingly for a nationalist regime, the Modi government has simply borrowed an economic management paradigm from the West, which many pravasi liberals have obligingly propagated. 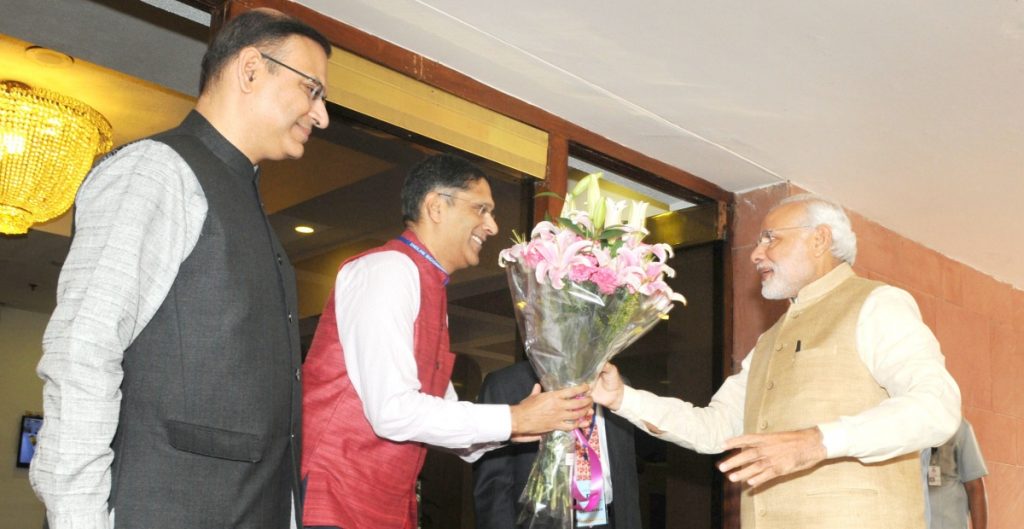 Even more than their lack of success in juicing up the economy, it is their willingness to work with a right-wing party that these so-called liberals should reflect upon. They condemn majoritarian politics and express a commitment to anti-trust economics but chose to overlook Modi’s record as the chief minister of Gujarat on these counts when they decided to work for him. When opportunity ends at the Centre they move to the states, to work for regional parties with illiberal values.

The restlessness of the Indian liberal in the west stems from a recognition that they matter for little in the power structure of the land they have migrated to. At the same time, exactly as it is the most recent convert who is the most zealous, they feel a need to distance themselves from the mother country. Ceaseless in their striving to find fault with it, they often end up biting off more than they can chew.