The report of the Office of the United Nations High Commissioner for Human Rights asserted “impunity for human rights violations and lack of access to justice are key human rights challenges in the Indian state of Jammu and Kashmir”. 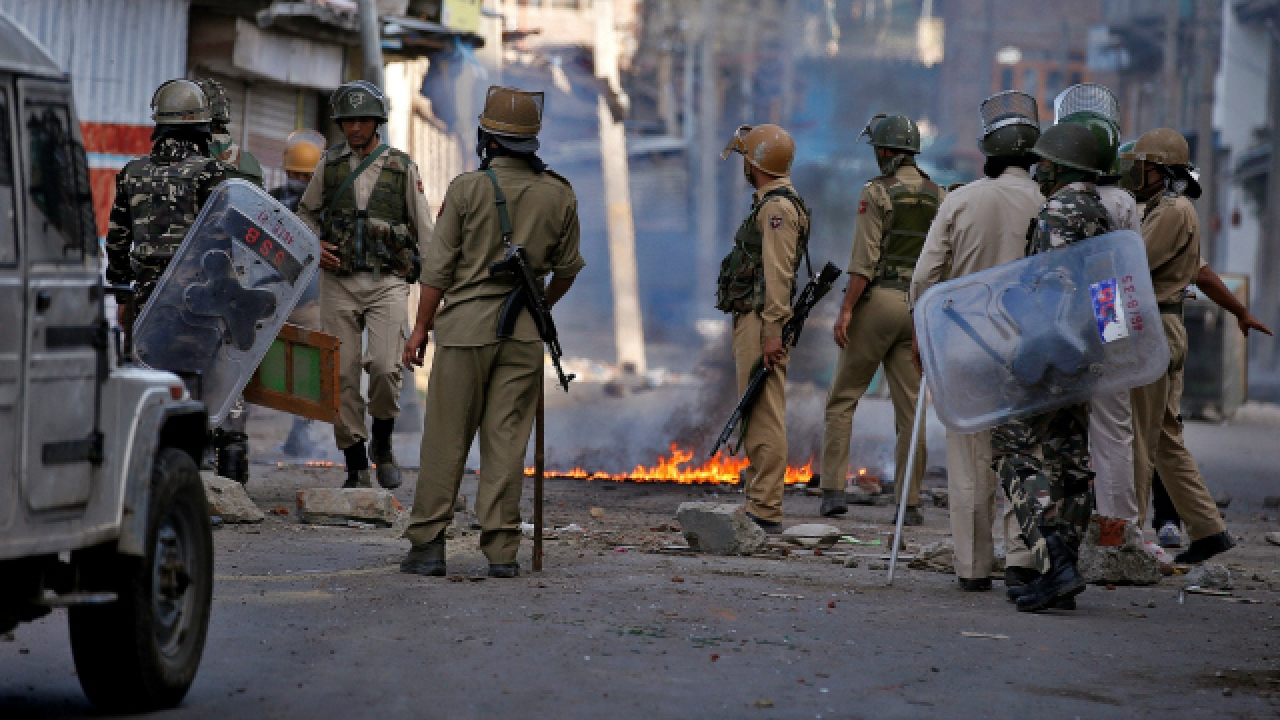 New Delhi: India directly targeted the UN high commissioner for human rights Zeid Ra’ad Al Hussein after he called on the Human Rights Council to set up an international investigation following the release of the first ever UN report on human right violations in Kashmir.

On Thursday, the United Nations issued a 49-page report that was mainly focused on the “situation of human rights in the Indian state of Jammu and Kashmir from July 2016 to April 2018 over which period allegations of widespread and serious human rights violations were received, notably excessive use of force by Indian security forces that led to numerous civilian casualties”.

The report of the Office of the United Nations High Commissioner for Human Rights (OHCHR) asserted “impunity for human rights violations and lack of access to justice are key human rights challenges in the Indian state of Jammu and Kashmir”.

It described special laws like the Armed Forces (Jammu and Kashmir) Special Powers Act, 1990 (AFSPA) and the Jammu and Kashmir Public Safety Act, 1978 (PSA), as having “created structures that obstruct the normal course of law, impede accountability and jeopardize the right to remedy for victims of human rights violations”.

In a separate statement accompanying the release of the report, Hussein urged the UN Human Rights Council (UNHRC) to “consider establishing a commission of inquiry to conduct a comprehensive independent international investigation into allegations of human rights violations in Kashmir”.

In a sharp response, India rejected the report as being “fallacious, tendentious and motivated”.

Questioning the “intent” of the report, Ministry of External Affairs official spokesperson Ravish Kumar pointed fingers at the human rights commissioner. “Our protest and views in the matter have been conveyed unequivocally to the Office of the High Commissioner for Human Rights. We are deeply concerned that individual prejudices are being allowed to undermine the credibility of a UN institution,” he said. The reference to “individual prejudices” was an implicit accusation from New Delhi that Hussein has been biased against the Indian government.

The Indian spokesperson described the report as “selective compilation of largely verified information”, “overtly prejudice” which “seeks to build a false narrative”.

Stating that terrorism is the most “egregious violation” of human rights, he noted that the authors of the report “conveniently ignored the pattern of cross-border terrorism emanating from Pakistan and territories under its illegal control”. “Cross-border terror and incitement is aimed at suppressing the will of the people of Jammu and Kashmir, disrupting its political and social fabric and undermining India’s integrity,” he added.

On the topic of cross-border terrorism, the OHCHR report notes that despite the Pakistan government’s denials of support to terror groups, “experts believe that Pakistan’s military continues to support their operations across the Line of Control in Indian-Administered Kashmir”.

The Indian statement especially picked fault over the terminology used by the report – describing Burhan Wani as a “leader” of the Hizbul Mujahideen. Similarly, groups of like HuM and Lashkar-e-Tayyaba were described as “armed groups”.

“It is disturbing that those behind this report have chosen to describe internationally designated and UN-proscribed terrorist entities as “armed groups” and terrorists as “leaders”. This undermines the UN led consensus on zero tolerance to terrorism,” said Kumar.

It also criticised the report for “incorrect description” of Indian territory and asserted that there were “are no entities such as ‘Azad Jammu and Kashmir’ and ‘Gilgit-Baltistan’.”

Kumar claimed that the report violated India’s sovereignty and territorial integrity, reiterating that the “entire state of Jammu and Kashmir is an integral part of India”.

“The motivated report deliberately ignores that fundamental rights and freedoms guaranteed under the Constitution to every Indian citizen, including in the state of Jammu & Kashmir, are protected also by an independent judiciary, human rights commissions, free and vibrant media and an active civil society. Such malicious reports cannot undermine the will of the people and the Government of India to take all measures necessary to protect the sovereignty and territorial integrity of the country from cross border terrorism.”

The UN human rights chief had first approached India and Pakistan for access to Kashmir in July 2016 after rise in violent clashes following the killing of Burhan Wani. But India had rebuffed the proposal. Pakistan had stated that it would be willing to allow access to a UNHRC delegation, but only after India admitted human rights inspectors to its side of Kashmir.

There was cross-party support for the Indian government’s rejection of the report. The principal opposition, Congress described the report as a “prejudiced attempt by vested interests to hurt India’s sovereignty & national Interests”. It deplored the use of “pellet-firing shotgun” as “one of the most dangerous weapons used against protests in 2016”. Citing statistics of the Jammu and Kashmir government, the report noted that 17 people were killed and 6221 were injured by metal pellets over 2016 and 2017.

There was also specific mention of the use of a “human shield” by an Indian army major, noting that he was commended for this act by the army chief in May 2017.

The report also called for ending “arbitrary bans” on newspapers in Kashmir and restrictions on access to internet and mobile telephone networks.

It recommended that India should allow “independent, impartial and credible investigations into all unmarked graves in the state of Jammu and Kashmir as directed by the State Human Rights Commission; if necessary, seek assistance from the Government of India and /or the international community”.

It also suggested that powers of the Jammu and Kashmir State Human Rights Commission should be expanded to investigate all human rights violations and abuses in the state, including those allegedly committed by central security forces”.

There was also a recommendation for investigation of “all cases of abuses committed by armed groups in Jammu and Kashmir, including the killings of minority Kashmiri Hindus since the late 1980s”.

On recent rise in tensions in the valley, the UNHRC chief called on Indian security forces to exercise “maximum restraint” and abide by “international standards” on use of force to counter future protests. “It is essential the Indian authorities take immediate and effective steps to avoid a repetition of the numerous examples of excessive use of force by security forces in Kashmir,” he stated.

On the situation in Pakistan-occupied Kashmir, the report said that human rights violations were of “a different calibre or magnitude and of a more structural nature”.

The UNHRC study observed the residents of Azad Jammu and Kashmir and Gilgit Baltistan do not enjoy all the rights and protections available to those under the Pakistan constitution. It also remarked that the anti-terrorism act had been used to “target locals who have been raising issues related to the “rights of the people” in Gilgit-Baltistan”.

The report also stated that there was more documentation of human rights violations in Jammu and Kashmir as human rights defenders, journalists and NGOS were still able to operate “despite challenges”. “Restrictions on the freedoms of expression, opinion, peaceful assembly and association in Azad Jammu and Kashmir and Gilgit-Baltistan have limited the ability of observers, including OHCHR, to assess the human rights situation there.”

Pakistan welcomed the UN report, especially noting the stipulation that the focus was the Indian state of Jammu and Kashmir.  “It clearly stipulates that its main focus is on the Indian Occupied Jammu & Kashmir. The contents, scale and the narrative of killings, maiming, abuse and impunity articulated in the report is a reaffirmation of what Pakistan has long highlighted for the international community,” it said.

Islamabad also supported the proposal to establish a Commission of Inquiry for an international probe into human rights violations in Jammu and Kashmir.

On the observations of the report on the situation in PoK, the Pakistan foreign ministry said, “References to human rights concerns in Azad Jammu and Kashmir (AJK) and Gilgit-Baltistan should in no way be construed to create a false sense of equivalence with the gross and systematic human rights violations in IoK.”