In Some UP Villages, Crocodile Threat Emerges a Major Poll Issue

For villagers on either side of the Kaali river, the absence of a bridge complicates their daily commute and leaves them vulnerable to crocodiles. 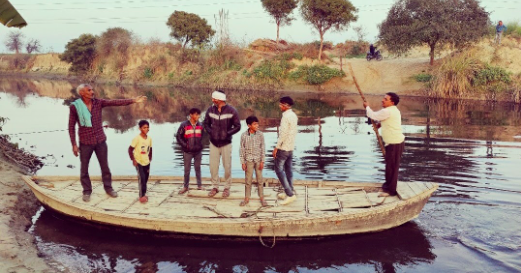 Atrauli (Uttar Pradesh): Near an under-construction bridge in Atrauli, a threat lurks in the waters of the Kaali river – a swarm of crocodiles.

In Uttar Pradesh’s Aligarh district, the Kaali flows between the towns of Atrauli and Jawan. Residents of a few villages on either side of the Kaali have no option but to cross the river by boat almost every day.

There is no bridge yet and the only other road that connects this region with the main thoroughfare is five-times longer. Pressed for time, many villagers do not choose the longer route.

Villagers are keen to vote in the upcoming polls and their commute struggles are a major factor. 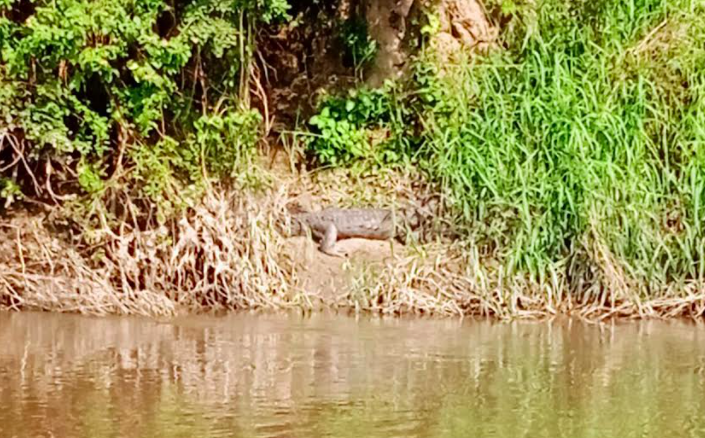 Atrauli is famous as the birthplace of former chief minister Kalyan Singh. Its current MLA is his grandson, Sandeep Singh.

While Singh is popular in the district, in the villages adjoining the Kaali, support for him on polling day would hinge on the completion of the bridge.

“We hope that it is finished soon. Work has been going on for years,” said a villager who lives nearby.

Close to a dozen villages including Sila, Alampur, Chaunchai, Dharampur and Sikandarpur are affected by this issue. Most villages comprise about 1,200-1,500 voters. 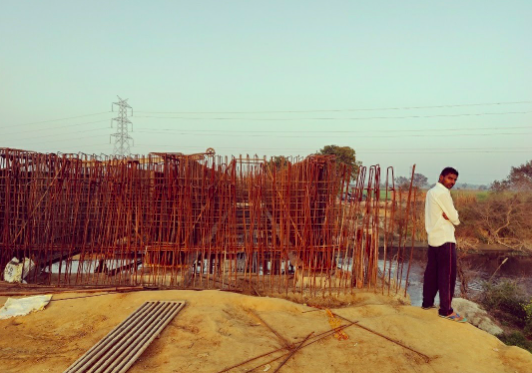 A dozen labourers appear to be hard at work on building the long awaited bridge. Mustard fields stretch on either side of the river. The scene is idyllic and far from the bustle of Aligarh – but not for villagers.

“Earlier, the children of the village would bathe in the river. But now, parents are scared,” says Hanif. Hanif is a 35-year-old daily wage worker from Sila, one of the villages grappling with the crocodile problem. He adds that sometimes the animals also eat their cattle.

Most people in these villages struggle to make ends meet. Cattle is an important source of livelihood.

A woman said that she has to cross to the other side for cattle fodder. “I have been doing this for three decades. Now we have boats, but earlier we had to swim across the river,” she says.

A third generation boatman, Chandra Pal Singh reasons that crocodiles mean no harm to villagers, but adds a caveat, “as long as they stay away.” Singh makes about Rs 150 rupees a day. If construction on the bridge is ever completed, his livelihood will no longer remain.

Not all villages by the Kaali have boatmen like Singh, and only a few villagers know how to row a boat.

In Alampur village, one Rohan Singh collected funds from the villagers to purchase a boat. His is the sole vessel plying between banks of the Kaali and the people often have to wait in queues for their turn.

An elderly man in Alampur told The Wire that he’s been hearing assurances about a bridge from his childhood, yet the structure still hasn’t materialised. 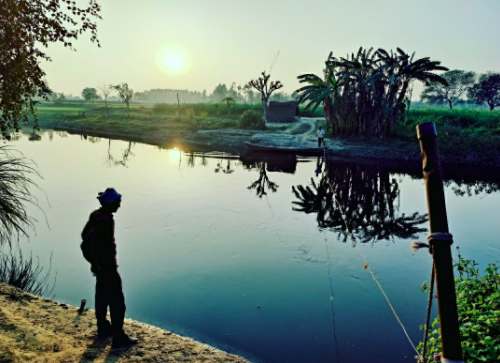 Rural Atrauli faces issues common across Uttar Pradesh – unemployment, low wages, limited access to healthcare facilities and inflation. Ahead of the polls, these issues are coupled with the everyday absence of the bridge.

Atrauli MLA Sandeep Singh tells The Wire that the project “will be completed soon enough.”

For Hanif, this is nothing new. “Politicians have always promised to build this bridge. We only hope that the next MLA manages to get this bridge built,” he says.