In Photos: Protests Continue in Kargil Against Abrogation of Article 370

Section 144 was imposed to thwart the protests, while reports also said the security forced lathi-charged demonstrators. Hundreds of people in Kargil took to the streets to protest the abrogation of Article 370 and the reorganisation of Jammu and Kashmir. Section 144 was imposed and 12 people, including leaders, were detained. Among those detained were councillor Zakir Hussain, advocate Talib and Haji Nissar. 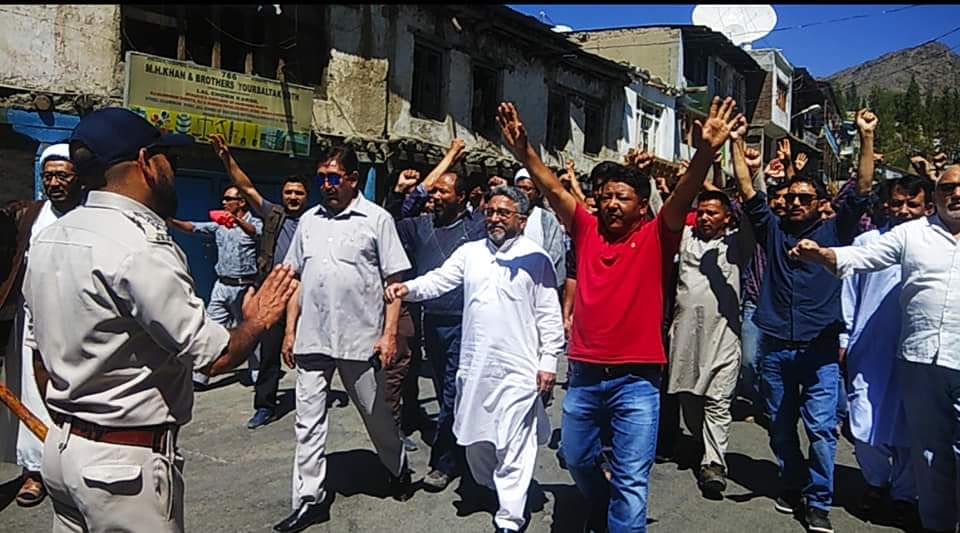 There were also reports of lathi-charging and teargas being used on protestors. 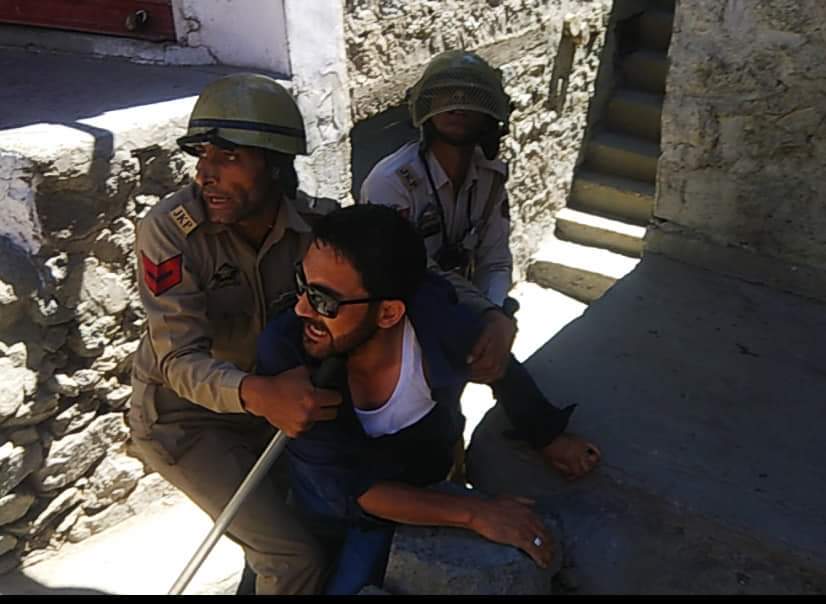 After the joint action committee (JAC) had issued the call for a protest rally in Kargil city, people from regions like Drass, Sankoo, Suru, Sout and Puchkum Minjee marched towards the city. The JAC had announced plans for a complete shutdown and mass protest. However, many people were thwarted from entering the city. 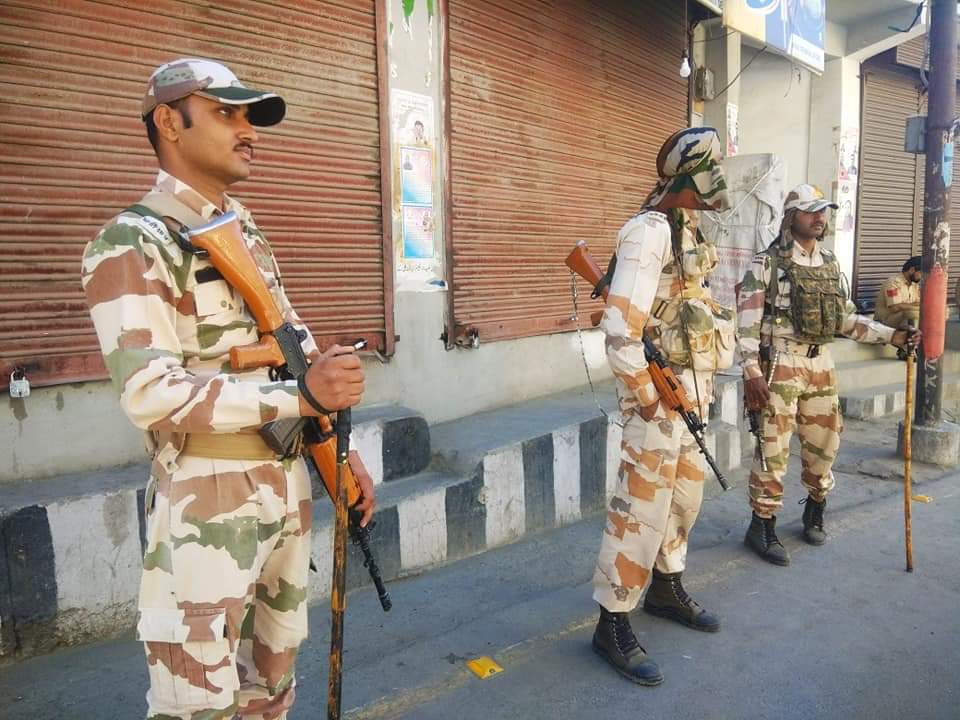 After Section 144 was imposed, armed forces have been deployed heavily. Photo: Special arrangement

Sources said that roads in areas like Minjee Gound, Titichumik, Pushkum, Shilikchay, Poyen Bridge and Barudoo Bridge have been blocked. 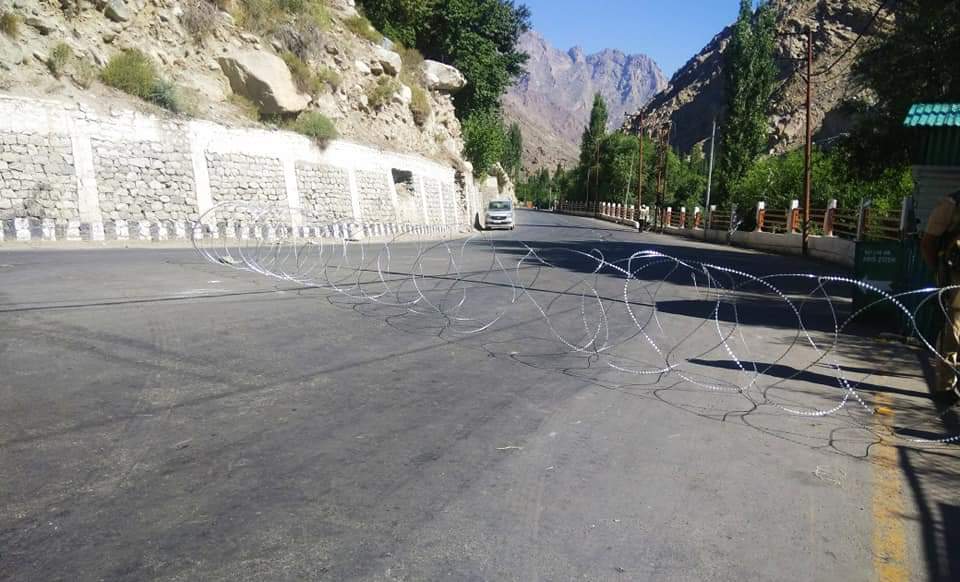 Several roads have been blocked off to prevent people from entering the city. Photo: Special arrangement

The JAC had announced its shutdown plans on Wednesday, after which the district magistrate of Kargil issued a public order imposing Section 144 in the district. The curfew came into effect from 5 am on Thursday. The order said all government and private schools will remain closed till further orders are issued. 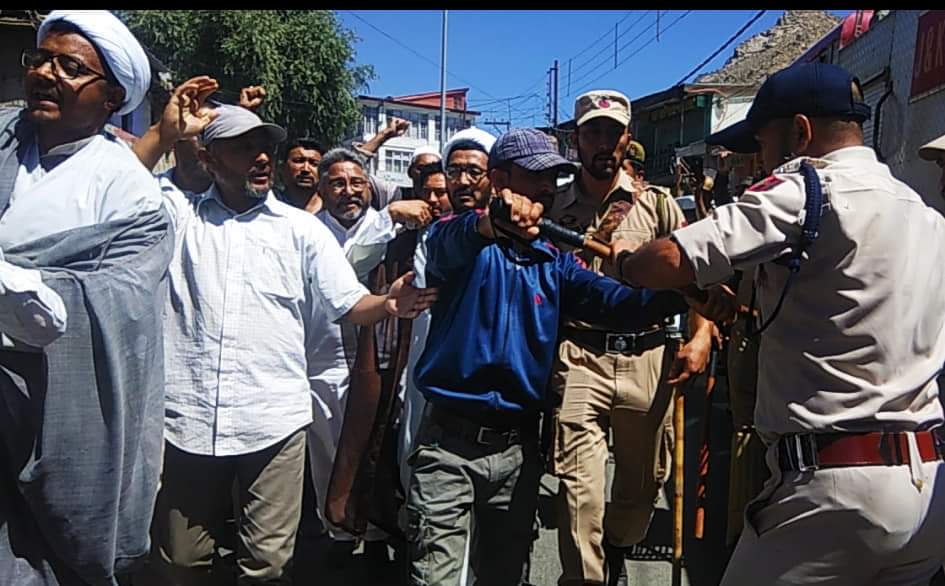 Haji Hussain, a member of the JAC, said that hundreds of people marched in a procession from Jama Masjid. Others who participated in the procession were ex-MLAs Haji Asgar Ali Karbalai and Qambar Ali Akhnoon, Imam Khomieni Memorial Trust’s chairman Sadiq Rajai and various clerics. The protestors demanded that Articles 370 and 35-A be restored. Security forces stopped the protestors at Lal Chowk, but they were able to march up to the Old Taxi Stand before returning to Lal Chowk. 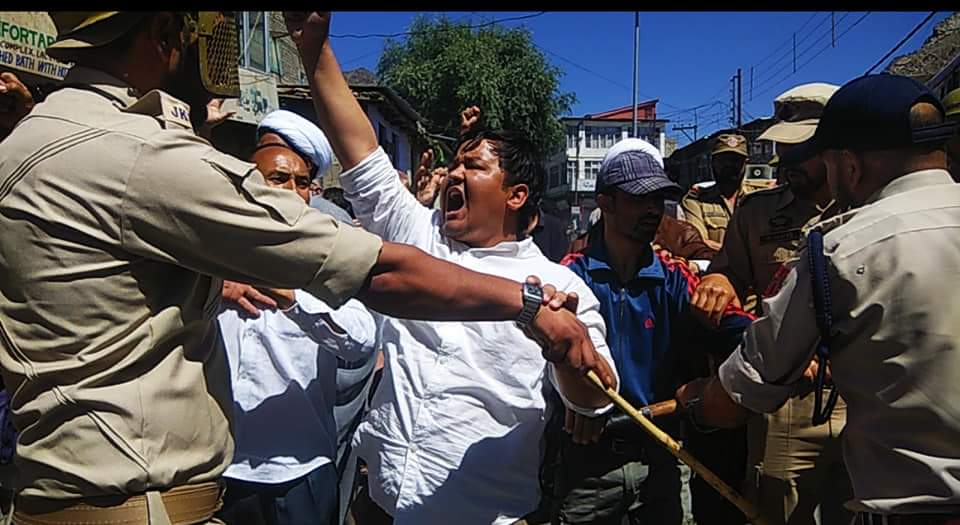 The protest will resume on Friday. Photo: Special arrangement

The demonstration ended after an address by former MLA Karbalai, who demanded that Article 370 be restored along with J&K’s statehood status. He condemned Ladakh MP Jamyang Tsering Namgyal for “misleading the parliament”. Tsering has hailed the Centre’s moves in parliament, apart from insisting that people in Ladakh were celebrating the decision. Karbalai asked the MP to apologise for his “lies” in parliament.

According to him, the protests will resume on Friday.

Anwar Ali Tsarpa is a resident of Kargil. He is a research scholar at the Nelson Mandela Centre for Peace and Conflict Resolution, Jamia Millia Islamia, New Delhi.