Ramchandra Guha, Shyam Benegal, Aparna Sen, Anurag Kashyap were among those who signed the open letter. 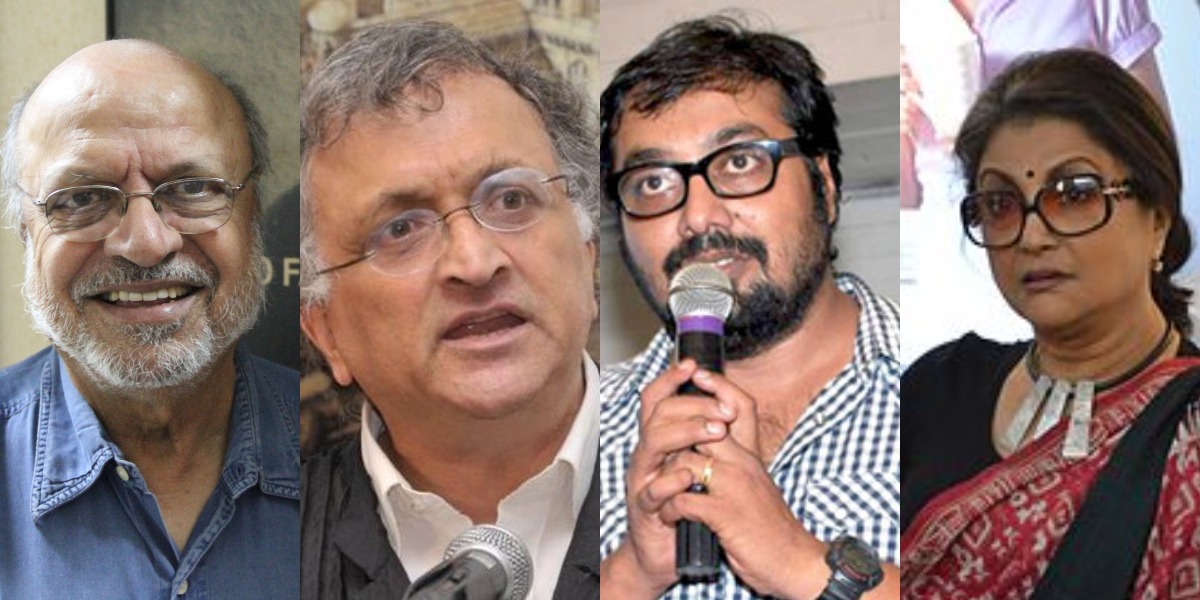 Kolkata/New Delhi: Expressing concern at the number of “religious identity-based hate crimes” in India, a group of eminent citizens has said in a letter to Prime Minister Narendra Modi that ‘Jai Shri Ram’ has become a provocative war cry with many lynchings taking place in its name.

The July 23 letter, which also stressed that there is “no democracy without dissent”, is signed by 49 celebrities from various fields, including filmmakers Adoor Gopalakrishnan, Aparna Sen, Shyam Benegal and Anurag Kashyap, as well as vocalist Shubha Mudgal, historian Ramchandra Guha and sociologist Ashis Nandy.

“We, as peace loving and proud Indians, are deeply concerned about a number of tragic events that have been happening in recent times in our beloved country,” the open letter to Modi said.

“The lynching of Muslims, Dalits and other minorities must be stopped immediately. We were shocked to learn from the NCRB that there have been no less than 840 instances of atrocities against Dalits in the year 2016, and a definite decline in the percentage of convictions,” it continued.

Also read: What If This Is the Hindu Rashtra?

Responding to the letter, Union minister Mukhtar Abbas Naqvi told PTI that minorities and Dalits are safe in India and criminal incidents should not be communalised.

The letter also referred to findings of the “FactChecker.in database” and the”Citizen’s Religious Hate-Crime Watch” and said the number of “religious identity-based hate crimes” had gone up in the last nine years; 62% of the victims belonged to the Muslim community.

“About 90 per cent of these attacks were reported after May 2014, when your government assumed power nationally,” the signatories told the prime minister.

They said they regretted that “Jai Shri Ram” has been reduced to a “provocative war cry that leads to law and order problems, and many lynchings take place in its name”.

It is shocking, they said, that so much violence should be perpetrated in the name of religion.

“These are not the Middle Ages! The name of Ram is sacred to many in the majority community of India. As the highest executive of this country you must put a stop to the name of Ram being defiled in this manner,” the letter stated.

Criticising the lynchings in Parliament is not enough, the civil society leaders said.

“What action has actually been taken against the perpetrators? We strongly feel that such offences should be declared non-bailable, and that exemplary punishment should be meted out swiftly and surely.”

It also underscored the significance of dissent in a democracy.

“There is no democracy without dissent. People should not be branded anti-national or urban Naxal and incarcerated because of dissent against the government.”

If someone criticises the ruling party, it does not imply they are against the nation, the letter said.

“No ruling party is synonymous with the country where it is in power. It is only one of the political parties of that country. Hence anti-government stands cannot be equated with anti-national sentiments. An open environment where dissent is not crushed, only makes for a stronger nation,” the letter read.

Aparna Sen followed up on the issues raised in the letter with a press conference in Kolkata on Wednesday.

She said it was depressing to read about lynchings across the country and asked the media to not give the letter a political colour.

“This has nothing to do with Bengal, this has to do with lynchings. Do not try to turn this into something political. This is simply something done out of concern for the humanity,” Aparna said.

Aparna, whose upcoming film Ghawre Baire Aaj takes off from the killing of journalist Gauri Lankesh and looks at the issue of lynching, said people are beaten to death either because they are accused of eating beef or trading cows.

She asked why people of different faiths were forced to say “Jai Shri Ram”.

Watch: ”Jai Shri Ram’ as a Political Slogan Is a Cover For Violence

Theatre and television actor Kaushik Sen, who also signed the letter, said people have forgotten that there is an option of protest in a democracy.

“… whoever is protesting is labelled anti-national or you are marked as Pakistani or anti-Indian,” he told a TV channel, also referring to the Right to Information Act.

On Monday, the Lok Sabha passed a bill amending the Right To Information Act, amid objections by the Opposition which alleges that it is an attempt to undermine the law and make the transparency panel a “toothless tiger”.

Kaushik’s son, actor and National Award winner Riddhi Sen, echoed his father and said they were raising questions because they love the country.

Riddhi, also one of those who signed the letter, said their missive should not be taken as anti-national but as an expression of their deep concern.