They were booked in November 2019 for organising a special congregation Qunoot-e-Nazilah against the Supreme Court's verdict in the Ayodhya title dispute case. 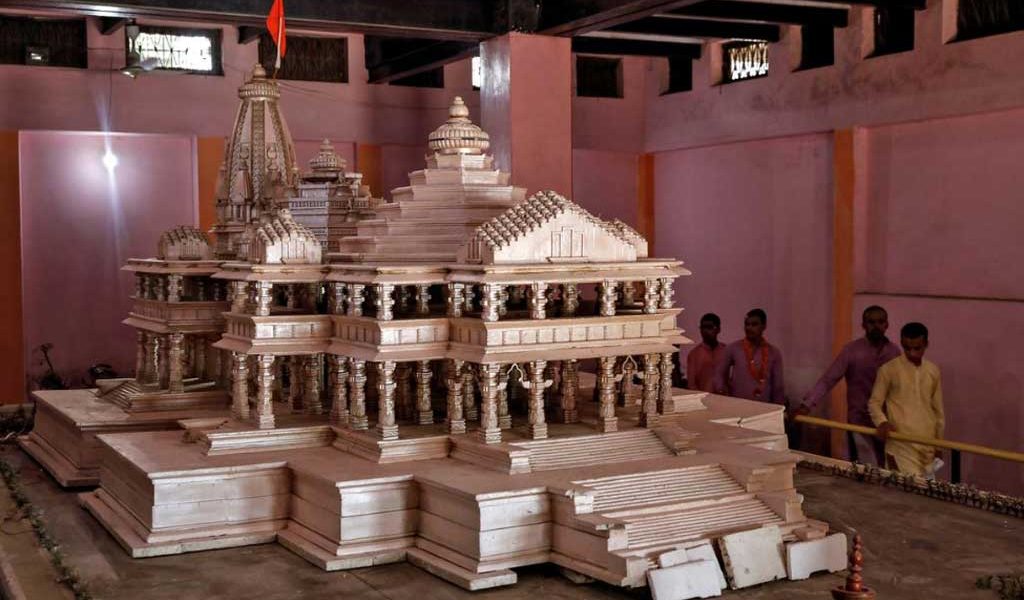 File photo of devotees look at a model of the proposed Ram temple that Hindutva groups campaigned to build in Ayodhya at the site where the Babri Masjid stood till it was demolished on December 6, 1992. Photo: Reuters

New Delhi: The Special Investigation Team (SIT) of the Central Crime Station (CCS) under the Hyderabad police on Thursday re-registered a sedition case against two women from Saidabad which was previously registered by the Saidabad police last year.

“We have re-registered a sedition case against the women. The case will be investigated by SIT of CCS,” Avinash Mohanty, joint commissioner of police (detective) told the Times of India.

These two women are Muslim cleric Maulana Abdul Islahi’s daughters, Shabista and Zille Huma. They were booked in November 2019 for organising a special congregation Qunoot-e-Nazilah against the Supreme Court’s verdict in the Ayodhya title dispute case.

After going through videos of the congregation, sub-inspector Din Dayal Singh of the Saidabad police had lodged a complaint against the women, accusing them of promoting enmity on ground of religion and sedition, and registered a case last year.

They were also accused of attacking policemen at the Saidabad police station and a non-bailable warrant is pending against them.

The re-registration comes on the heels of Ayodhya being back in the headlines, after Prime Minister Narendra Modi laid the foundation stone for the Ram temple that is being built where the Babri Masjid once stood. In November 2019, the Supreme Court ruled in favour of the Hindu party in the Ayodhya title dispute case and paved the way for the Ram temple’s construction.

The sedition law, according to the Supreme Court, is only supposed to be applied when there has been a direct incitement to violence. However, police across the country continue to misuse it to suppress dissent.