Following criticism of the CM's comments, four members of Gogoi’s organisation and affiliated bodies were detained. The latter believe this was because the government feared protests. 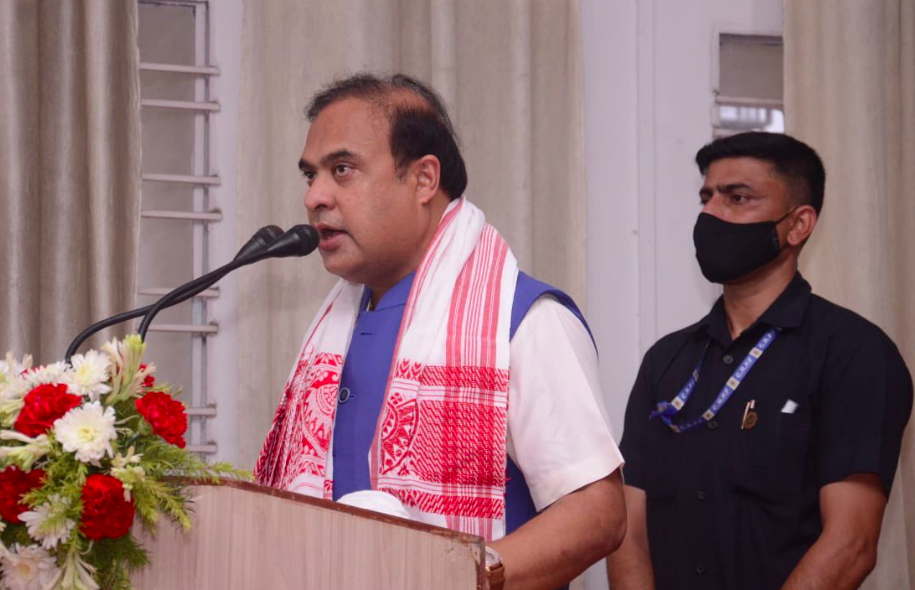 Guwahati: Assam Chief Minister Himanta Biswa Sarma has come in the face of criticism after asking in the assembly as to how a “sick person” undergoing treatment for “psychological issues” could attend sessions while responding to opposition parties’ demand that incarcerated MLA Akhil Gogoi be allowed to attend.

Late on Monday evening, four members of Gogoi’s peasant rights’ group Krishak Mukti Sangram Samiti (KMSS) and its affiliated organisations were picked up by Assam Police at Sivasagar district in Upper Assam and detained for the night.

KMSS and other affiliated bodies said the BJP government had acted fearing repercussions over Sarma’s statement on Gogoi’s mental health.

Konwar, who heads SMSS, had spent seven months in jail last year after being held over his alleged role in anti-Citizenship Amendment Act (CAA) protests.

He was eventually charged with sedition under the UAPA by the National Investigation Agency (NIA) and granted bail by an NIA court in July 2020.

According to KMSS members, the four’s family members were also questioned by the police at their respective residences. They were not shown any papers or warrants by the police, their organisations claim.

The Wire spoke to Manas Konwar of SMSS and Shrinkhal Chaliha of Bir Lachit Sena.

Konwar said, “It was around midnight when the police came to my house and questioned my family. They showed up without any proper warrant or papers. When we asked them on what grounds they have shown up at our homes, the police were not able to give any reasons. The four of us were picked up and taken to Simaluguri police station. We were detained for the entire night. We kept asking the police why they did this. Instead, they said we cannot do any agitation. We said that agitation is our democratic right and they cannot stop us. It is clear that Himanta and the BJP are so scared that they have to resort to this. They were afraid that we may protest against what Sarma said on Akhil.”

He further added, “The police went to every house of those who are workers and members of KMSS, SMSS and other organisations. Today the entire Sivasagar town has been cordoned off. Police and security personnel are at every nook and corner of  Sivasagar town.”

Chaliha was arrested and jailed last year and his house was raided by the CID for his alleged role in the anti-CAA protests. He said, “The police had also come to my house, but I was not there. In fact, the police arrived at my place first. Then they went to others’ houses. This a textbook fascist ploy to curb democratic angst. The police also arrived at KMSS state joint secretary Dharjya Konwar’s house, but he was not there.”

Sarma said, “Regarding a person whom doctors have been treating at GMCH [Gauhati Medical College and Hospital] for four months, I am told that he is not in a sound state of mind. He is getting treatment due to psychological issues because of his emotional imbalance. The question is how can a sick person be seated inside the assembly? If he is okay, then according to law, he should be in jail and if he is sick then he should be in a paid hospital cabin. Who will take this decision? Gogoi said the speaker should write. I say why should the speaker write to a sick person? The speaker has sought our comment and we have said a sick person cannot be exposed. He is no doubt sick and that is why he is at GMCH.”

The above is The Wire‘s translation from the Assamese original. However, Sarma said the phrases “psychological issues” and “emotional imbalance” in English. A video of his speech is below:

Sarma did not stop at this.

He continued, “On May 21 he came near me. I asked why. We all have made a decision to follow COVID-19 protocol. He did not even spare a single table (implying where the MLAs were seated) that day. He was going around from one table to another. For a moment I wondered whether is he there to spread COVID-19.”

Sarma’s retort led to some laughter among legislators.

Choudhury told the news channel that Gogoi has been undergoing treatment at GMCH for multiple ailments since his COVID-19 diagnosis last year.

“Several departments are treating him, including gastroentology, neurology, neuro surgery, psychiatry, ENT, cardiology etc. He also has lower back pain. He also has been developing psychiatric problems…severe sleep disturbances…depression. He thinks about his son and wife and is worried about them. Besides that, he has high uric acid and kidney stone and second degree piles. Whether a patient is jailed or not we do not discharge them until we provide complete treatment,” Choudhury said.

A leading academic in a Facebook post cited the Mental Health Care Act, 2017, and how Sarma may have gone against it. Political science professor Akhil Ranjan Dutta wrote, “The determination of a person’s mental illness can alone never imply or be taken to mean that the person is of unsound mind unless he has been declared as such by a competent court. Even if a person’s mental illness is identified, such a person cannot be called ‘mentally ill’ until the authorised court announces it.”

Section 19 of the Act states that, “Every person with mental illness shall,— (a) have a right to live in, be part of and not be segregated from society…”

A mental health expert told The Wire as much. Requesting anonymity, the psychiatrist also said, “Sarma made his comments on World Schizophrenia Day. It was ironic. Sarma was mocking someone with mental issues. This sets a very bad example. It was an egregious statement by a chief minister, and especially when many people are coping with mental health issues during the pandemic. Every person with mental health problems has the right to confidentiality. Sarma has transgressed provisions of the Mental Health Care Act, 2017, with this comment.”