'How Can a Class 12 Boy Be a Master Military Recruiter,' Asks Family of Teenager Held by NIA

Arsalan Feroze's arrest has left his parents clinically ill. His sister wonders how the teenager who only wished to save enough money to fund his parents' Haj trip could 'radicalise youths', as claimed by NIA. 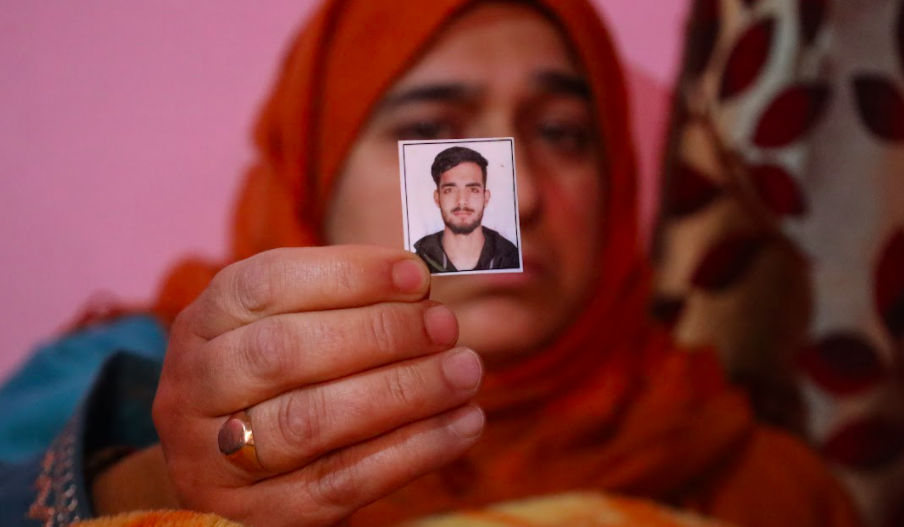 Zamrooda Begum, mother of Arsalan Feroz, holds up a photo of her son, who has been arrested by the NIA. Photo: Faizan Mir

Srinagar: Sehrish Feroz, 18, is struggling to come to terms with it all. After her only sibling was arrested by the National Investigations Agency (NIA) last week, her panic-stricken parents had to be hospitalised twice. Doctors have diagnosed her father with anxiety neurosis. Her mother is grief stricken.

“Doctors told us not to stress him more, otherwise he could suffer cardiac arrest. If anything happens to him, who will take care of us?” Sehrish says. She sits in a small, dimly lit room, beside her bed-ridden father, Feroz Ahmad. Ahmad is the lone bread earner of the family.

Pursuing a militancy-related case, NIA sleuths raided a rundown residence in Zaldagar locality of downtown Srinagar on the morning of Thursday, December 30, and arrested Arsalan Feroz, a Class 12 student. He was held for “radicalising, motivating and recruiting youngsters of Jammu and Kashmir to effect violent activities in the Union Territory,” according to the NIA officials.

At the time of the raid, Arsalan was not home, his sister Sehrish says, and the family made a phone call to his maternal home where he had put up for the night, asking him to return immediately, “They (NIA officials) searched the house for about three hours but they didn’t find anything. When Arsalan arrived, they took him into custody and left,” Sehrish says.

In the evening, the family got a phone call from the NIA’s Srinagar office, asking to bring clothes for Arsalan as he had to be flown to New Delhi in connection with FIR number RC 32/2021/NIA/DLI. The agency claimed to have recovered some digital evidence and incriminating documents during searches in Srinagar. 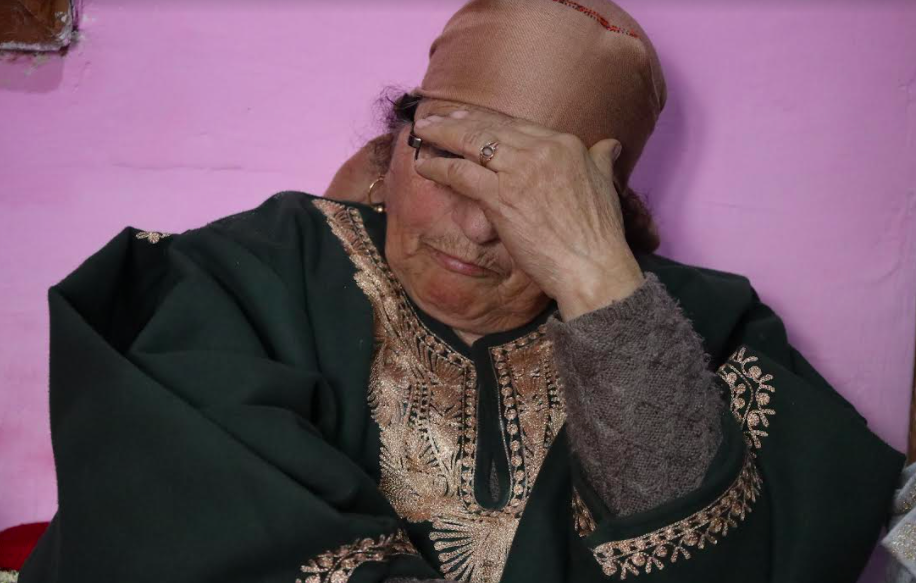 A relative of Arsalan Feroze breaks down. Photo: Faizan Mir

The NIA case is connected to the new wave of attacks on civilians and security forces in Kashmir involving The Resistance Front (TRF), a newly floated militant outfit which security agencies believe is an offshoot of Lashkar-e-Toiba, and the publication of online monthly ‘Voice of Hind’, a propaganda magazine of the ISIS which was started in 2020 with links in Kashmir, Pakistan and Afghanistan.

According to the NIA, Arsalan was part of a module run by three Lashkar commanders identified as Sajjad Gul, Salim Rehmani and Saifullah Sajid Jutt, who recruit “Over Ground Workers (OGWs) to carry out reconnaissance of pre-determined targets, coordinating and transporting weapons to support LeT (Lashkar) and its frontal affiliate TRF. Till now four accused have been arrested in the instant case.”

Sehrish is however grappling to understand how Arsalan, who dreamed of saving enough money one day to send his parents to the Haj pilgrimage, could take to militancy. “He can’t make his bed without my help, how could he radicalise people to join militancy?” asks Sehrish. She shows certificates of appreciation awarded by J&K government to her brother for participating in sporting activities.

Their father, Ahmad, works as an accountant for a private contractor, earning enough to feed the family who share a small house in old Srinagar with two more families, comprising nine members, including Sehrish’s five cousins. According to the family, Arsalan was first arrested by the agency on October 21, and released 40 days later. “They didn’t bring any charges against him at that time. Why was he set free if he was involved in militancy? What has changed in past few weeks that a Class 12 student has turned into a master recruiter for militants? These are all lies,” Sehrish says. Arsalan passed his last exams with a ‘first division’ from a government school. The records also show that he has been participating regularly in sporting activities, including cricket tournaments and kabaddi championships. “We used to study together because we can’t afford private education. If I faced problem in understanding a topic, Arsalan would help me. Because of the happenings in past few months, Arsalan couldn’t appear for the exam while I was not able to write my papers properly,” says Sehrish.

Two days after Arsalan’s arrest, the family surfaced in Srinagar’s Press Colony along with some neighbours, to seek his release. With folded hands, Arsalan’s father urged Jammu and Kashmir’s Lieutenant Governor Manoj Sinha and Director General of J&K Police, Dilbag Singh, to intervene in securing the release of his son from NIA custody.

Having failed to move authorities, the family met J&K’s former chief minister Mehbooba Mufti at her residence on Gupkar Road in Srinagar, who promised them that she will write to the Union Home Minister Amit Shah to seek the release of Arsalan. “NIA is claiming that he is a TRF operative, but his family says otherwise. There is no FIR lodged against Arsalan in the past or present. His family is in trauma and I will write to the Home Minister,” Mehbooba said.

In her letter to the Union home minister on January 3, Mehbooba pointed out, “Arsalan comes from a modest background wherein they are already struggling to make ends meet. You can well imagine the mental anguish & suffering his arrest has brought upon them.”

“You spoke emphatically about engaging with the youth here. Despite our political differences, I am sure we can agree that such incidents will only alienate our young generation further & leave them with permanent scars & a sense of despondency for a long time. I request you to personally intervene in this case & ensure that justice is served,” she wrote in her letter.

Zamrooda, Arsalan’s mother hasn’t moved an inch since her son was arrested by the NIA, says Sehrish. She repeats the same words in a feeble voice: “Mye diyuun gobur wapas, mye diyuun gobur wapas (Return my son. Return my son).” The neighbours try to assure her that Arsalan will be back with them soon, but they too are not confident. A relative helps an ailing Feroz Ahmad. His son has been held by NIA. Photo: Faizan Mir

“So many families across Kashmir have been struck by similar tragedies in past few months and we kept assuming that they must have committed some wrong. Arsalan was a loving child who cared for his parents. There’s absolutely no truth in the claims that he recruited militants,” said a woman comforting Arsalan’s mother.

Since October last year when a wave of targeted attacks led to the killings of some migrant workers and members of minority communities among others, the NIA has arrested more than two dozen persons, mostly youngsters, from different parts of the Valley, including Srinagar city, for their alleged involvement in militancy-related cases. The arrested persons include the sister of a militant who was killed in 2017 and a Srinagar-based freelance photojournalist.

The jailing of Arsalan and his parents’ condition has brought the entire burden of running the household on Sehrish. Besides making meals and tea for guests and attending to them, the young girl has to look after the medical treatment of her parents.

When Ahmad collapses unconscious, sending waves of panic through the room, Sehrish immediately takes out a tablet and places it under the tongue of her father. Then, with the help of three women, the 18-year-old pulls her father back into his bed.