After 43 years, Vanjivakkam is finally 100% open-defecation free. So, what does it take to transform a community?

Every single day, Vanmathi had to wake up at 4:30 am and walk for an hour to relieve herself. The 19-year-old engineering student is now happy that she gets a few extra hours to sleep before college. Yes, they finally have a toilet in her house at Vanjivakkam in Thiruvallur district, Tamil Nadu.

There are Vanmathi’s aplenty in this village, which is a mere 50 km from the cosmopolitan city of Chennai. From braving rains to snakebites, the villagers have had to undergo troubles aplenty due to the lack of basic toilet facilities. But last year, all of that changed as Vanjivakkam turned open-defecation free after 43 years of existence. The villagers unanimously point to Ashok Priyadarshan (40) as the man who made it possible. Here’s how a complete stranger took on the challenge of bringing a toilet to every single home in this village, within a year.

Back in 2013, Priyadarshan was studying hard to crack the civil service exams. He was simultaneously coaching students from economically weaker sections in his neighbourhood in Chennai. Having met few students from Vanjivakkam at a local science event, he volunteered to teach them during weekends.

On his first visit, he was shocked to see the dismal state of the village, which lacked basic facilities like toilets, buses etc. What was initially a weekend volunteering activity to tutor children slowly turned into a full-time responsibility. He became the go-to guy in the village to help residents understand government schemes and benefits.

“Our students who were previously dropping out of school after their 10th standard were now focusing on their studies, thanks to his guidance. We could see our children become ambitious and even become toppers in their schools,” says Girija L. (30), a mother of two.

She adds, “From arranging Aadhaar cards to honing the job skills of our youngsters, he is always there for anyone who needs help. He was no longer just a tutor.” 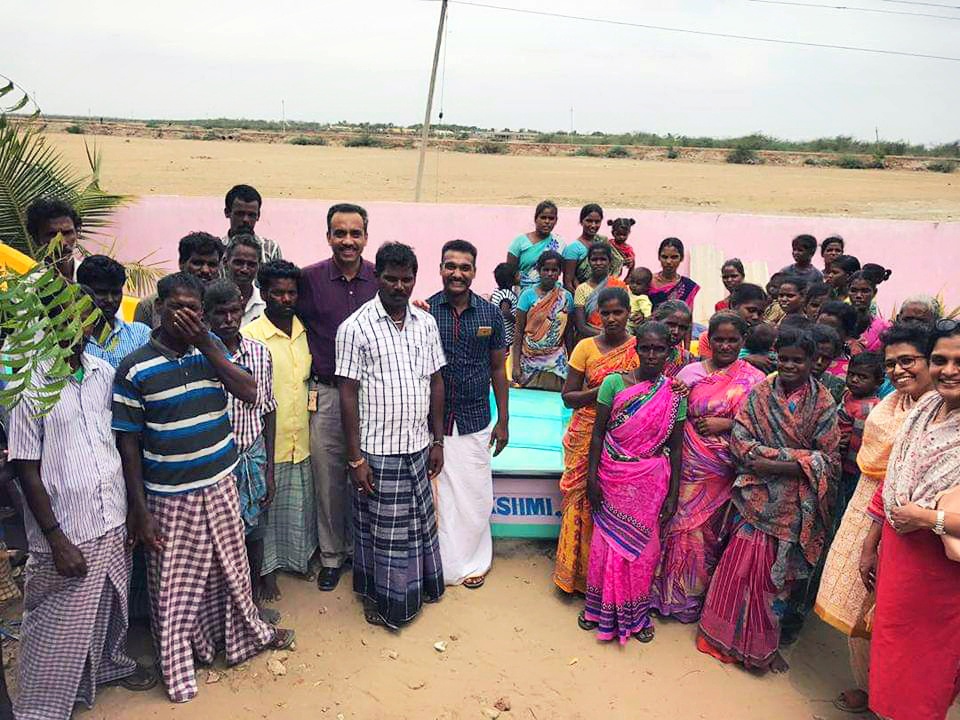 Within a year, Priyadarshan knew this place was his calling. So he forgo his ambition, relocated from Chennai and made Vanjivakkam his home. He even took up a teaching job at a local school. When he had gained the complete trust of the villagers in the subsequent years, he hatched his next big plan.

He wanted to make Vanjivakkam a 100% open-defecation-free zone. In 2018, he and his students went door-to-door campaigning and spoke to parents of the dangers of defecating in the open. The women, who often had to wait till the wee hours and walk close to one km to relieve themselves or to attend to their menstrual needs, were already on his side.

Girija recalls, “Till last monsoon, it was a nightmare to go out in the fields with our children during heavy rains. We even used to eat less so that we wouldn’t have to go to the field at odd hours. So, when Ashok sir said he could arrange to build toilets for us, we readily agreed.”

Priyadarshan also convinced the men of the need to protect their families from anti-social elements. When all else failed, “I asked my students to go on a strike till their families got toilets built,” he laughs.

Also, Priyadarshan did not want a mere building, he wanted a facility that they could use with ease. “Most of these houses did not have space for separate toilets but already had baths inside their compound. So, we changed the limited bath space the villagers already had into a toilet and bath facility and decked it up with social messages to encourage them to use it,” he says.

Apart from the Rs 12,000 sponsored through the government’s individual household latrine scheme of the Swachh Bharat Mission, he raised funds through friends and local NGOs like Dreams Alive, Sri Ramanujam Mission Trust, etc. to make the restrooms spacious and eye-pleasing. Priyadarshan says that though he focused on getting good quality construction material, he could still save on the cost by booking them in bulk.

Like most Indian villages, Vanjivakkan also had no centralised system for sewage management. Excreta and waste water were collected in individual septic tanks, which had to be cleaned every year. Some villagers refused to build toilets to avoid the costly and arduous waste disposal. This was solved by building bio toilets that let people turn their waste into compost.

As the waste was collected in two different tanks, villagers could take turn turns to use one for compost and another to collect their sewage. Within a year, he had helped build 443 toilets in Vanjivakkam and Asana Budhur villages, and is currently working on building 133 toilets in the neighbouring Madimaikandigai and Vererangivedu villages of the same panchayat. 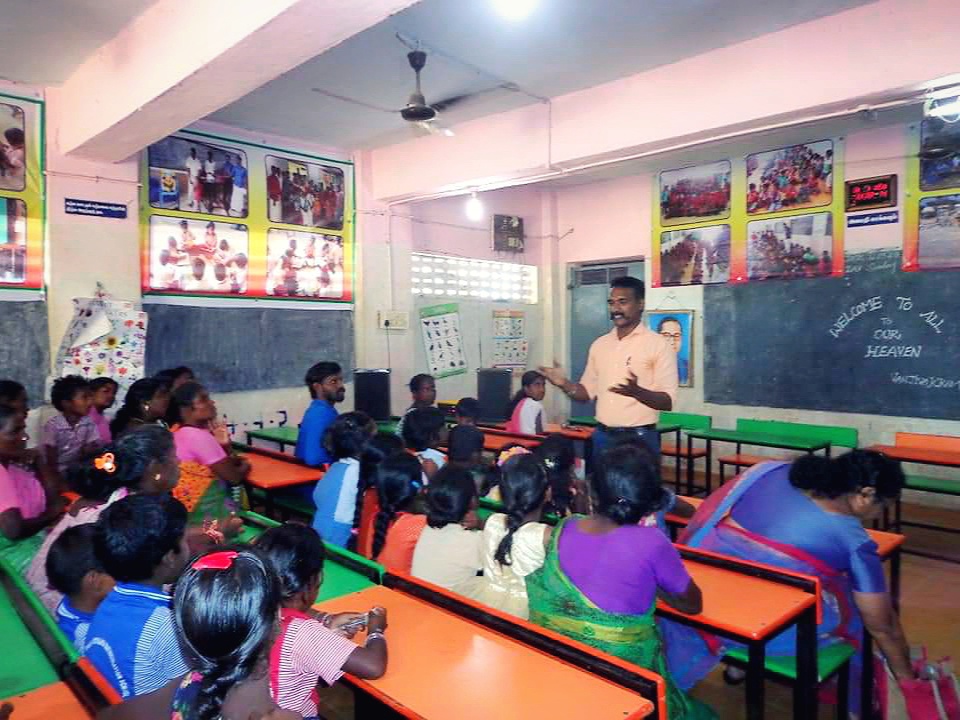 Now, the difficult part was getting them to actually use these toilets.

It was here that he decided to use the power of his students again. Apart from conducting awareness programmes with his students (through street plays), he took to quirky ways to convince the villagers. Having helped them get toilets, he stated that he had but one condition: If the toilets were left unused, his students would use them. This led to more people taking ownership of their toilets.

Today, Vanjivakkam has toilets in every home and villagers have finally made it a habit to use them. Priyadarshan has even managed to get a bus to ply to his village after requesting the collector to help the locals. He tells us that more often than not, it is the mindset that needs to be addressed. “There is need for social education. Before we teach someone, we need to reach out to them. It is like feeding a child, all we need to do is convince the child to take the first bite. The child will eat once he/she gets the taste of it.”

Meanwhile, Vanmathi is happy that she doesn’t have to wake somebody up every time she goes to the toilet, nor does she have to cross a bunch of giggling eyes to reach the fields. “It is not just about toilets, it is about our dignity,” she smiles.

It may be a while till India becomes fully open-defecation free, we hope for the sake of our Vanmathis and Girijas that the day is not far.

All photos by Catherine Gilon.

Catherine Gilon is a journalist based at Chennai.