Suffering from a serious heart condition, the activist-scholar was one month from a heart surgery for he had been saving Rs 2 lakh for two years at the time of his arrest. 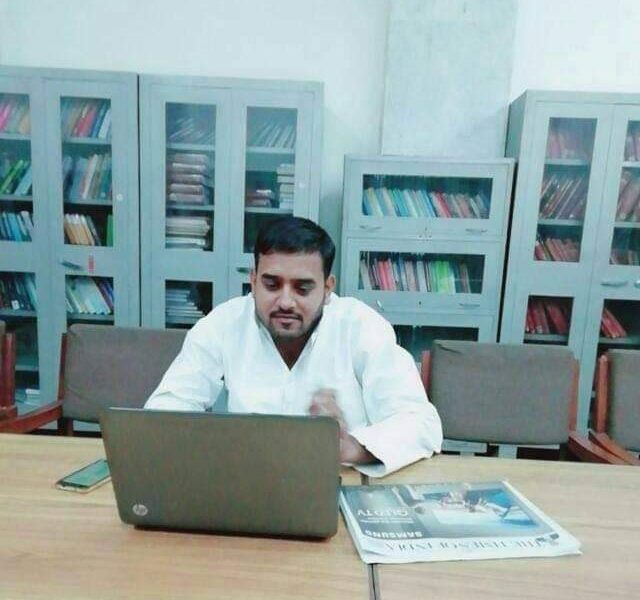 New Delhi: Atikur Rahman has been in jail since October 5, 2020. He was arrested in Uttar Pradesh’s Mathura along with Kerala journalist Siddique Kappan and two others.

At the time of his arrest, he was one month from a heart surgery for which the 27-year-old and his family had been saving Rs 2 lakh for two years. Rahman is a patient of aortic regurgitation, a condition of the heart in which the aortic valve does not close tightly, which may result in some of the blood pumped by the heart to leak backwards. Having finally gathered the money, his family had seen hope in the November surgery.

Incarcerated since then, booked under charges of the Unlawful Activities Prevention Act, and suffering from what his family has claimed is severe medical neglect, Rahman’s near ones now fear that he will die in jail.

“Once again, my brother has been admitted to the jail hospital. His heart disease is being neglected. We are afraid he will die in jail,” Mateen, Rahman’s elder brother tells The Wire.

According to Rahman’s advocate Madhuvan Dutt, his ill health has landed him in hospital several times since his arrest but he has not yet received adequate treatment.

“The medical facilities required to monitor Atikur Rahman’s severe and sensitive heart disease as well as his treatment are not available in Mathura,” Dutt says.

The jail authorities have described his ill health and recent admission to the jail hospital as “seasonal fever.” However, the family insists that it is his heart disease that is causing his ill health.

On August 24, according to Mohammad Imran, the media-in-charge of the student organisation Campus Front of India (CFI), Rahman’s health deteriorated and he had to be admitted to the jail hospital. Rahman is a former national treasurer of CFI and was a part of the organisation until his arrest.

Imran tells The Wire that Rahman was actively involved in protests against the Citizenship Amendment Act and National Register of Citizens. “Because of this, he was already a target,” he says, referring to police attention on the activist.

Ms Sajid, CFI’s national president says Rahman’s arrest was unjust and the case against him, made up.

“He is a heart patient and was strictly advised by the doctors to undergo surgery, but by then he got arrested in a  fabricated case,” he says.

He adds that the lack of proper medical treatment is the reason for his health worsening.

CFI has urged judicial intervention in Rahman’s plea seeking advanced care from AIIMS and has demanded that he be granted bail immediately.

Rahman’s brother Mateen says that the media has wrongly associated Rahman with the Popular Front of India (PFI), which is banned in several states, while all this while, he was a part of CFI.

CFI is often represented as the PFI’s “student wing”. While the two organisations share the stage and work on issues together, they both deny having an officially connection.

Rahman was with journalist Siddique Kappan, a third man, Masood Ahmad, and their driver, Alam, when all four were arrested on their way to Hathras to meet the family of the gang-rape and murder victim in October, 2020.

All four were later booked under the UAPA and accused of creating disturbance in society after an FIR was filed against them two days after their arrest.

In September, 2020, a Dalit teenager had died weeks after being brutally gang-raped by four Thakur men in Hathras. The incident had led to nationwide protests. As news broke on the handling of the case, political leaders, activists and journalists gathered in increasing numbers around the victim’s house in Boolgarhi village. This continued for several weeks.

Over the next few months, Uttar Pradesh police accused several others of a conspiracy to create a law and order issue around the case.

The FIR in the case stated that Rahman, Kappan and the two others were going to Hathras in order to “breach the peace and tranquility” and that there was an alleged conspiracy behind it. The FIR also said that the four were organising “riots” and creating fear in the society in the shadow of the Hathras incident and that they were collecting funds for this.

The FIR also mentioned a pamphlet carried by the four men in which the statement, “Am I not India’s daughter?” was printed, which the FIR alleged was “sufficient to create mass rebellion and disturb the social system.” 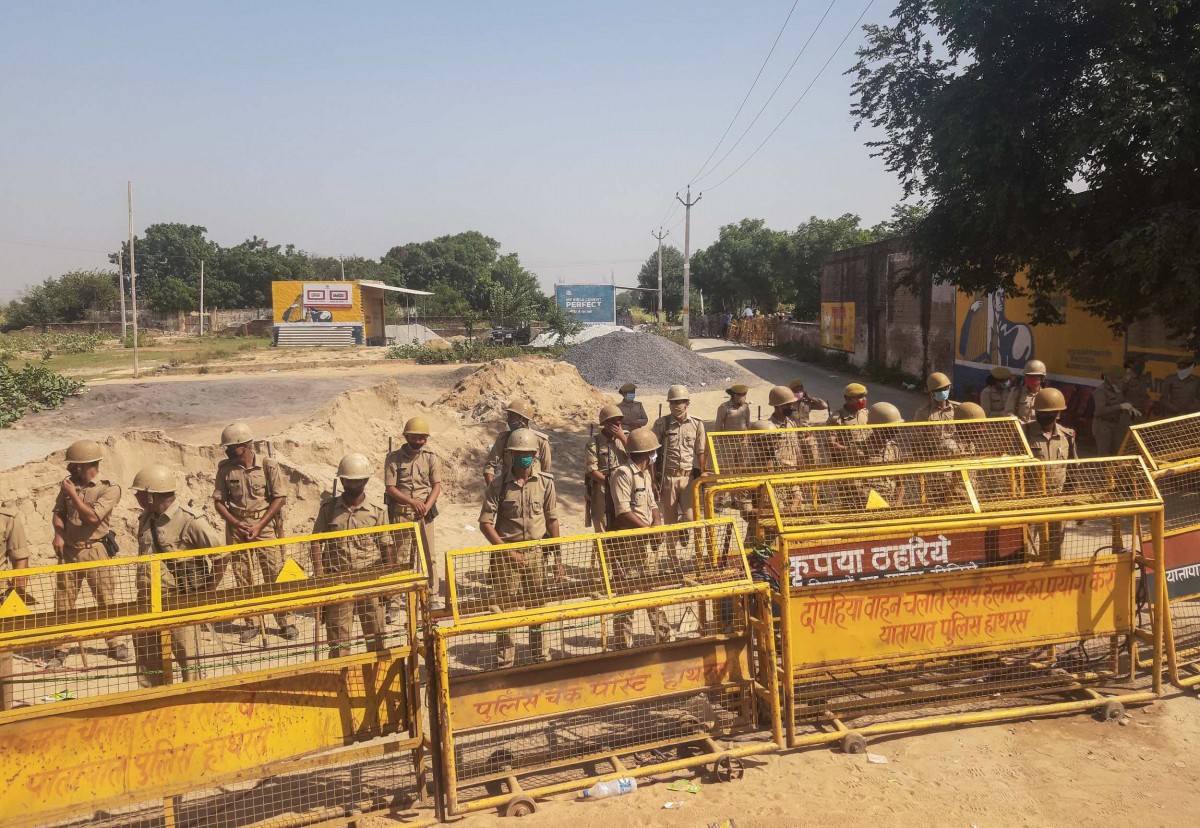 Attempts to get treatment

A resident of Riawali Nagla village in Muzaffarnagar district of Uttar Pradesh, Rahman has been visiting AIIMS in New Delhi to consult with a heart specialist on a regular basis since 2007.

Mateen says Rahman’s heart disease was discovered when he was merely eight years old. “Since childhood, he has receiving treatment with medicine. But in 2020, the doctor finally said that medicine will not be enough anymore. He will have to undergo heart surgery,” he tells The Wire.

“In fact, the same week that he was arrested, he had gone to AIIMS to see the doctor for his condition,” Mateen says. Rahman had suffered at least two minor heart attacks in the past; the last one was only a few months before he was arrested.

In Rahman’s last few visits to AIIMS before his arrest, heart specialists had suggested the Bentall procedure which a medical expert tells The Wire is recommended only to patients who run a risk of severe impact due to aortic regurgitation.

In severe cases, the heart can enlarge and other symptoms of heart failure can also occur. Severe cases of aortic regurgitation also need to be watched closely. 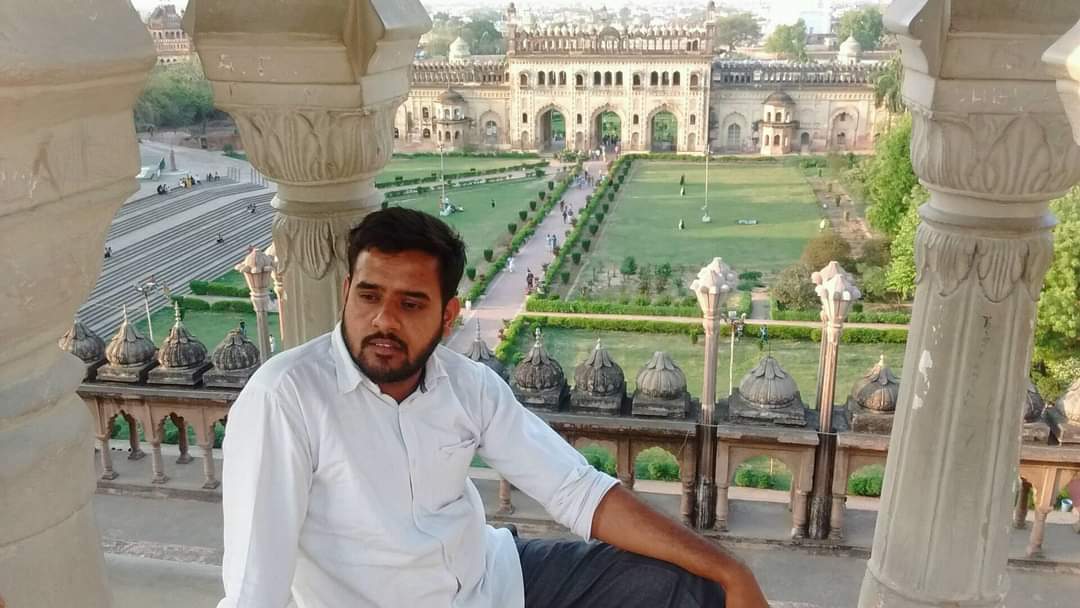 His advocate, Madhuvan Dutt told The Wire that so far, three applications have been filed with respect to Rahman’s medical treatment in Mathura court but to no avail.

The first application to provide adequate medical treatment for Rahman’s heart illness was filed in Mathura court on December 22, 2020. The Additional District Judge had ruled, “Do the needful,” which Dutt says was very vague and hence did not help with Rahman’s treatment as the jail superintendent did not make any changes.

The second application was filed in Mathura court on March 25, 2021, so that Rahman could be referred to AIIMS for his treatment. “The Additional District Judge, for the second time, ordered that the ‘needful’ should be done, but nothing happened. There were no specific instructions from the court to the jail superintendent,” Dutt said.

The third application, filed on May 20, 2021, was to request a 60-day parole considering Rahman’s medical issues for his treatment in AIIMS and the need for a heart surgery. The request was denied in June after Uttar Pradesh police submitted in court that he was getting adequate medical attention.

The order states, “The police have said that the accused has been taken to Agra and is being treated in the district hospital. Presently his health is satisfactory. In the facts and circumstances of the said case, the accused is not granted interim bail. This application has been disposed of.”

On July 26, 2021, a writ petition was filed in the Allahabad high court on medical grounds, but even a month later, it has not been listed in court.

The bail application states, “The petitioner is a patient of Aortic regurgitation and the Bentall procedure was suggested by AIIMS. During his custody, he has been referred for medical assistance and admitted in hospital several times and earlier the treatment of the petitioner was conducted in AIIMS, New Delhi and the doctors at AIIMS have suggested the petitioner for Bentall surgery.”

It also mentions Rahman’s struggle to collect money and how close he came to surgery before his arrest.

The application adds that the apex court while dealing with the case of Siddique Kappan, who is a co-accused in the same case, had directed the state of Uttar Pradesh to shift the accused to AIIMS for his better treatment.

The application further alleges that the jail administration at Mathura is not providing “proper and adequate medical facilities” to the petitioner.

“…the fundamental rights of the petitioner is being violated and this Hon’ble Court by exercising its inherent jurisdiction Under Article 226 of the Constitution of India may issue a mandamus to the concerned authorities/Jail Authority of District Jail Mathura to shift the petitioner in AIIMS, New Delhi in order to provide a better treatment in order to save his life, else the petitioner is bound to die inside jail.”

‘A Stan Swamy in the making”

Rahman’s brother Mateen, a 32-year-old who has brought up Rahman, has started an online petition with the title, “Atikur Rahman, another Stan Swamy in the making! Facilitate bail for seeking urgent medical treatment.”

In a video, Mateen says that Father Stan Swamy who was arrested under the UAPA in the Elgar Parishad case, died due to medical negligence in jail on July 5, 2021. He was suffering from several ailments including Parkinson’s disease and could get a sipper and straw in Maharashtra’s Taloja Jail only after a month-long struggle in court, he adds.

“The brutalities meted out by the Mathura jail authorities against Atikur Rahman, Siddique Kappan and co-accused were out before the public when Kappan’s wife Raihana detailed the ordeals faced by her husband under detention including being put to starvation for 24 hours. There were reports of them getting chained to hospital beds and not allowed to use toilets after being tested positive to Covid.”

The letter expresses his family’s anxiety over Rahman’s health and likens the “life-threatening situation” he is put in, in jail, to the “torturous conditions” in which Father Stan Swamy was kept.

‘We are afraid we will lose him’

Mateen tells The Wire that his is a family dependent completely on sugarcane farming for survival, and Rahman was the only one who had a deep interest in education. “Despite coming from such a background, he managed to get enrolled in a PhD course,” he says. 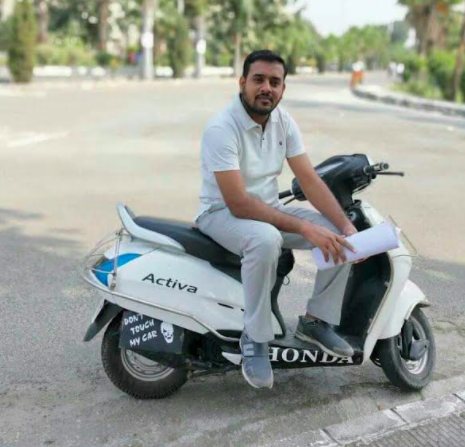 According to Mateen, Rahman is a PhD scholar at Chaudhary Charan Singh University in Meerut and was also going to appear for another entrance exam soon.

“I don’t know which entrance exam it was, I am not that educated. But he had mentioned that some entrance was coming up, and he had to study for it,” Mateen says.

“We are afraid we will lose him…” he says.

Rahman’s two sons, five-year-old Haris and four-year-old Waris have started school. “He always said he wanted his kids to be educated, but now that they are school going age, he is not here to see them start their education,” Mateen says.

Rahman’s wife, Sanjeedah Begum’s health has been worsening since her husband’s arrest. Recently, a blockade in her heart was discovered as well.

While speaking to The Wire briefly, she says that it seems like her husband is getting progressively ill every time she speaks to him. “My children don’t even know that their father is in jail. What if he dies there, what will I tell them then?” she asks.