Hathras: FIR Against Bhim Army Chief, 400 Others After Visit to Victim's Family 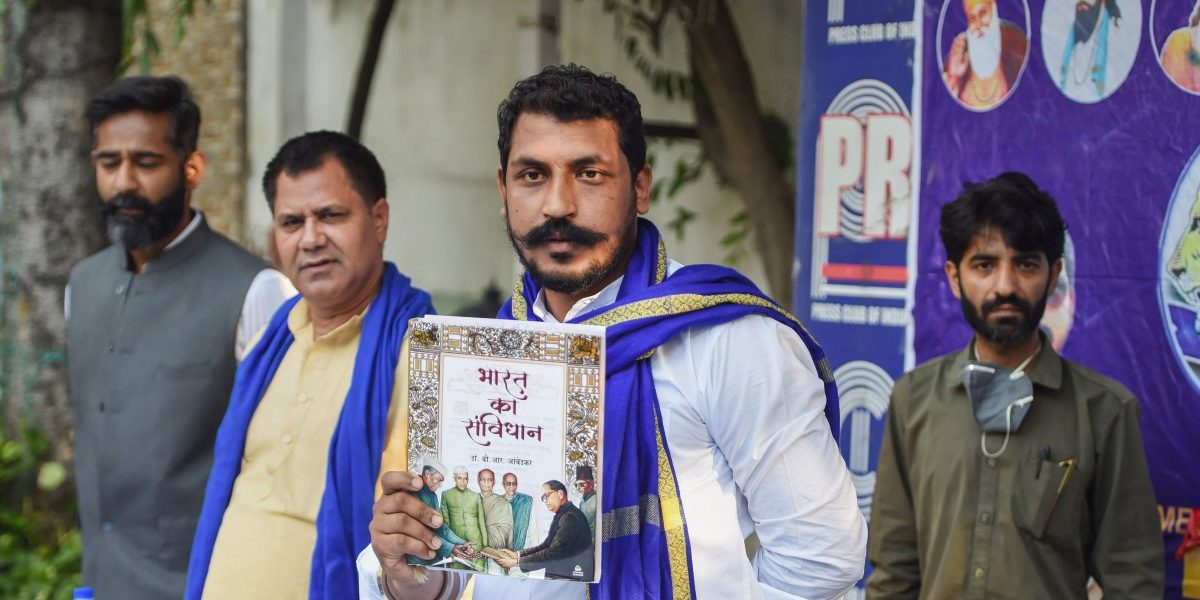 Hathras: Uttar Pradesh Police have registered an FIR against Bhim Army chief Chandra Shekhar Aazad and 400 others for violating Section 144, that had been imposed in Hathras since Friday.

This had been done to prevent large gatherings outside the house and neighbourhood of the 19-year-old Dalit woman who had been gang raped by four ‘upper caste’ Thakur men and who eventually died on September 29, 15 days after the incident.

Her death has led to an outpouring of rage and protests across the country. Meanwhile, Uttar Pradesh Police stopped politicians and activists from making their way to the victim’s house.

The FIR was filed under multiple sections of the Indian Penal Code and Epidemic Diseases Act, for violation of Section 144 Code of Criminal Procedure in Hathras. 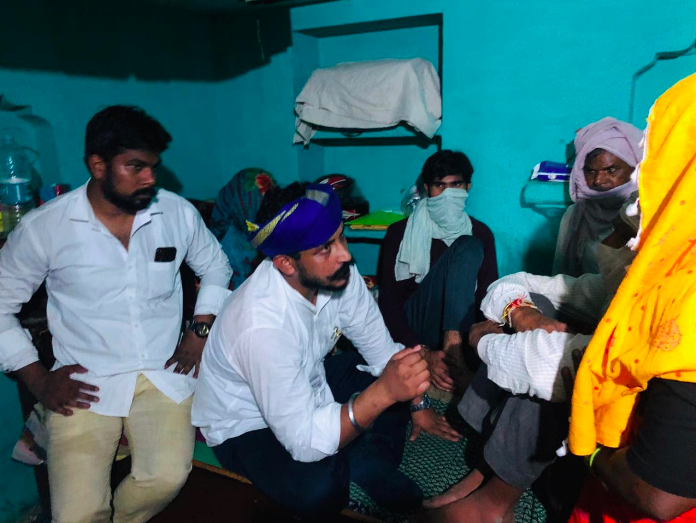 After initially having been denied entry into the village, Aazad and his supporters had  staged a dharna on the road in large numbers.

The FIR, registered at Sasni police station, Hathras district on October 4 states that Aazad and his supporters flouted COVID-19 guidelines despite the police team allegedly trying to make him understand that Section 144 had been imposed in the area.

It also says that this led to obstruction of traffic movement on the road, and additional personnel had to be brought to the area to clear the protest site and allow movement of vehicles. 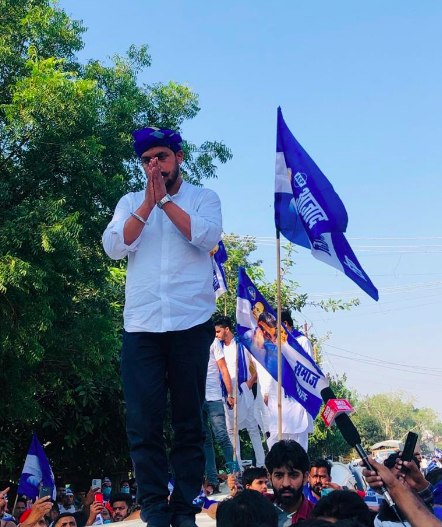 On Sunday, a video went viral on social media which showed some men from the dominant caste in the village threatening Aazad.

Thakur men, who have been staging the “Savarn Jago” protest outside the Victim’s village, call out @BhimArmyChief who has reached Hathras to meet the victim’s family. pic.twitter.com/sam5n8t86L

A few hours after his protest on Sunday, Aazad was allowed to visit the family but police granted him permission with the caveat that he could not take more than 10 people with him.

After meeting the family, he had said that the family were scared of retaliation from the dominant caste community and demanded that they be given Y-level security from the government.

Last week, Congress and TMC leaders were also barred from meeting the family members of Hathras victim. After repeated attempts on Saturday, Congress leaders Rahul and Priyanka Gandhi had managed to meet with the victim’s family. A day before, they had been arrested by UP Police for attempting the same.

On the same day when Aazad visited the family, Samajwadi Party and Rashtriya Lok Dal members were lathicharged upon by UP Police personnel as delegations from the two parties met with the family.

Sanjay Singh, an AAP leader had also visited the victim’s family on Monday.

On Sunday, UP chief minister Adityanath, taking a jibe at the opposition had said that the protests held by political parties are being conducted with the motive to incite ethnic and communal riots because, “They [opposition] don’t like development.”

Aazad, in a press conference on Monday, again demanded Y-category security for the victim’s family . He also asked that the investigation be done under the supervision of a retired Supreme Court judge, according to the family’s wishes. He said that the family should be allowed to stay with him.

“I will have to keep them in my own house, if the state authorities fail to provide them with adequate security,” he said. He added, “If actress Kangana Ranaut can be given ‘Y’ category security, why can’t they?

On Friday, Aazad had joined the the protest at Jantar Mantar in Delhi to demand justice for the victim. Delhi chief minister Arvind Kejriwal was also present.