The Supreme Court recently held that even 'mere support given to a terrorist organisation' will not attract sections of UAPA. How may it then be construed that some have been charged under the draconian law for 'supporting' the Pakistan cricket team? 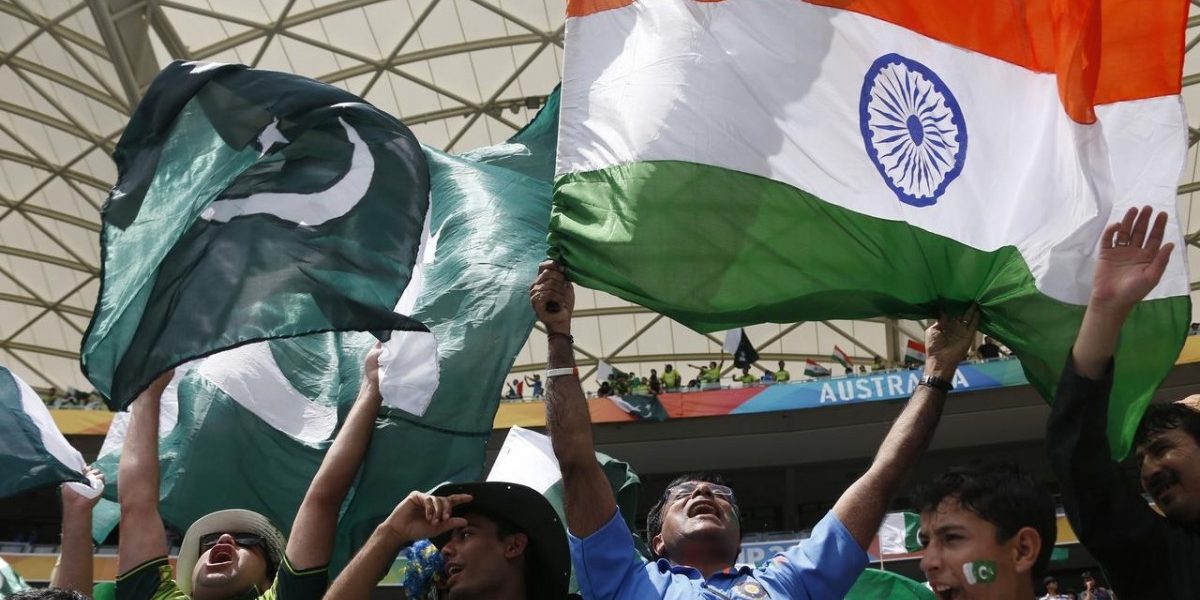 Had the 1999 India-Pakistan cricket match in Chennai been played in 2021, some 50,000 Indians might have had cases registered against them.

This for the reason that when India lost that match to Pakistan, the entire stadium rose as one to cheer the winners in an unforgettable ovation.

In our day, what might one think of the Indian captain who shook hands with his Pakistani counterpart and congratulated him for Pakistan’s smashing ten-wicket victory in the recent T20 World Cup match played at Dubai?

Why may he not be reckoned as guilty of “anti-national sentiments” as the young medicos in Srinagar, a teacher in Rajasthan, and some students in Agra who likewise acknowledged that Pakistan victory with cheerful appreciation?

And what indeed may also be said of those British citizens of Indian origin who, tricolour in hand, cheer with gusto an Indian cricket team while they play England and win matches there?

And let it not be said that England and Pakistan are different kettles of fish; after all, the former enslaved us for close to two centuries (counting from the Battle of Plassey after which the Company usurped Diwani rights of tax collection from us), not the latter.

The anti-colonial freedom movement was waged against Britain, not our next-door neighbour.

Notably, Pakistan may well be a nuisance, but it has not been formally declared an “enemy” nation.

So, why has the British government been slow to take a cue from us in the matter of patriotism, and set about hounding British-Indian citizens who cheer for Indian teams?

It surely must hurt to have those of the erstwhile Empire cheer back who are now Britains themselves.

In a landmark determination regarding grant of bail to some young Kerala men accused of having sympathies with the outlawed CPI (Maoists), and booked under the ubiquitous Unlawful Activities (Prevention) Act (UAPA), the Supreme Court, while granting bail, has tellingly expanded on the question of what constitutes or does not constitute unlawful activity in the context of the said case.

If that be so, how may it be construed that expressing support for a rival team in a game of cricket constitutes an offence chargeable under any law, not to speak of the draconian UAPA?

No evidence has surfaced to the effect that these accused persons either incited or committed any violent act, or, in any manner expressed any intent to further any nefarious enemy project against India.

This question has also been raised unambiguously editorially by the Indian Express which, imaginatively, also asks whether such a punitive course against young Kashmiris is not sanctioned by law squares with the home minister’s recent expansively expressed objective to converse with Kashmiri youth about the noble ends of government policy in that beleaguered Union Territory.

The Express has sagaciously called upon the highest court “not to turn a blind eye to this latest round of excessive and unlawful action. It needs to throw out these cases and tell the police why their actions violate the constitution.”.

Only the highest court may now settle the issue: is it criminal to applaud the victory of a rival team, be it a Pakistani one, over an Indian team?

And if so, under which provision of the existing jurisprudence?

And must a rival nation, not formally declared an “enemy” by the Indian state be so regarded by the citizen just to legitimise her patriotism?

Can an informally authorised and propagated hate be sufficient ground to charge those who do not participate in that hate?

The citizen must be told by the highest court if she is wrong or right to extrapolate from the above-cited case relating to the grant of bail to the accused persons in Kerala that the alleged offence committed by Kashmiri youth cheering a rival team is wholly gratuitous as well.

And, the Supreme Court may in its wisdom lay down guidelines as to when one may cheer a rival team and when one may not. And whether this sort of expression can be construed as a test of one’s loyalty to the constitutional republic.