Kuldeep Rana was critically injured on November 5, when a member of the security team of BJP leader Ram Chander Jangra allegedly attacked the farmer with the butt of his rifle. 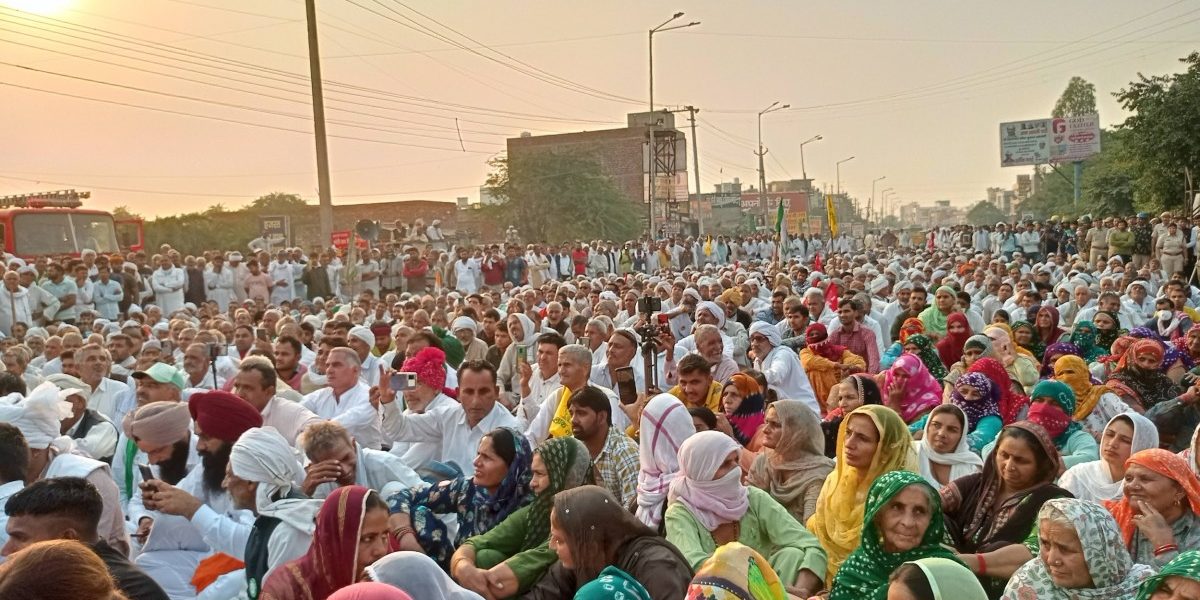 Hansi, Haryana: “My father is battling for his life, he is in the ICU. We don’t want anything, but to make sure none of this happens to anyone else,” said Preeti, the 20-year-old daughter of Kuldeep Rana who was severely injured on November 5, when he was allegedly attacked by a member of a BJP leader’s security team.

Rana and several others had shown black flags to the convoy of BJP’s Rajya Sabha MP Ram Chander Jangra amid the ongoing protests by farmers against the three Central farm laws in Narnaund, located in Hisar district of Haryana.

The farmers allege that the personal security officer (PSO) of Jangra attacked Kuldeep and Kailash with the butt of his security rifle, leaving the former critically injured. Farmer leader Bhartiya Kisan Union (BKU) spokesperson Rakesh Tikait confirmed to The Wire that Kuldeep has been admitted to a private hospital in Jind and remains critical at the moment.

Over a thousand farmers from several districts of Haryana are currently camping outside Hansi superintendent of police (SP) Nikita Gehlot’s office. The Hansi police have filed two cases against the farmers which also include serious charges such as attempt to murder.

Agitated against the cases on the farmers and the violence unleashed on protestors, the farmers have demanded that the cases must be dropped and action must be taken against Ram Chander Jangra.

“Is showing black flags a crime? We will not tolerate this. We are sitting here infuriated and with a sense of betrayal by this government, which is consistently and violently cracking down on us. If anything happens to Kuldeep, there will be blood on the hands of the Khattar and the Modi government,” said Sikaam, who had joined the protest from Jind.

In connection with the case, the police had alleged that a few protesters attacked the MP’s car and smashed its windscreen. They detained two protesters and lodged an FIR against them and one other protester.

In another statement to the press, SP Nikita Ghelot had stated that Kuldeep lost his consciousness due to an epilepsy attack.

Speaking to The Wire, Anu Sura, an activist, said, “This baseless comment by the SP has further angered not just the family of Kuldeep but all those who have been resisting the farm laws. The blatant gaslighting of what transpired and lack of remorse from the state is only strengthening our resolve to continue the protest.”

She added, “The cases which have been filed against the farmers are in line with the modus operandi of the state, which wants to ensure that none of us speaks up and utters a word against what happened.”

In a statement to the press, chief minister Manohar Lal Khattar has refused to change his stance on the Hansi violence despite the intensifying protests. He stated, “We are a democratic government where there is no space for pressure politics. No decision will be taken under pressure.”

Rakesh Tikait told The Wire, “It was the task of the government to protect, but now, it is the government and its agents who are inciting attacks and unleashing violence on the protestors.”

He added, “We are monitoring the situation of Kuldeep, the message going out from this protest is clear: the government must stop this violence against the protestors and cases against the farmers must be revoked.” 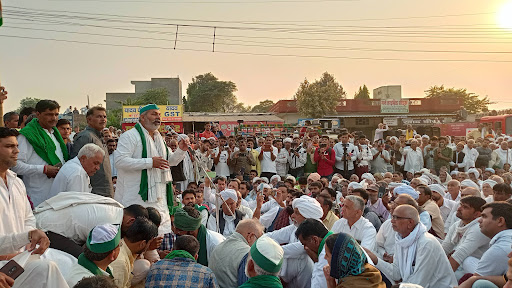 Amid the protests, the farmers reiterated that instances such as Lakhimpur Kheri – where four farmers died after they were mown down by a car that was part of a convoy ferrying Ashish Mishra, son of Union minister Ajay Mishra – have meant that the farmers’ faith in institutions of justice is crumbling. Speaking to The Wire, Kitabo, a relative of Kuldeep, said, “They drive cars over us, hit our sons, kill our people. Where is justice? I will not move from here until we get our due. We have shown our power through what happened in Lakhimpur and we will not back down.”

Meanwhile, a forensic report has confirmed that weapons recovered from Ashish Mishra and others had been fired – although it is unclear when these rounds were fired. The Supreme Court on Monday expressed its unhappiness over the manner in which the Lakhimpur Kheri probe was progressing and said that it would appoint a former judge of another high court to monitor the probe until the chargesheets are filed in the case.