The artists painted over the mural after their release. 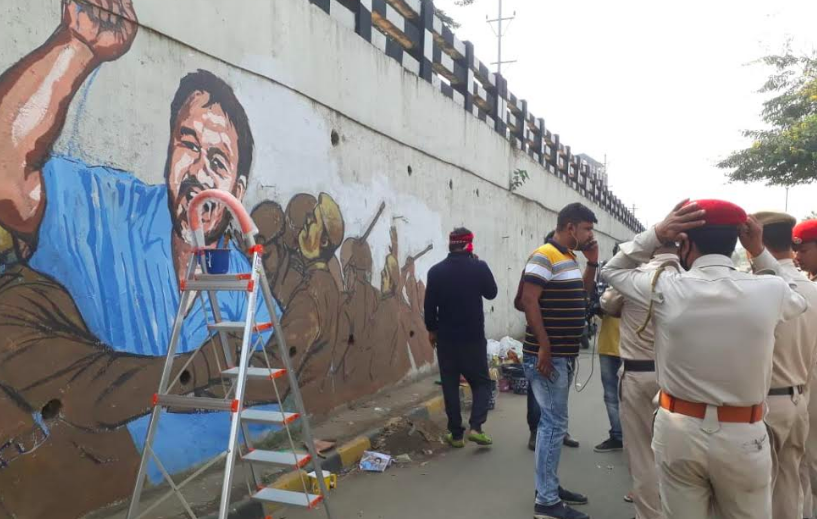 Police at the site of the mural in Guwahati. Photo: By special arrangement.

Guwahati: A group of four artists belonging to a Guwahati-based art collective were picked up by police for drawing a mural of Akhil Gogoi.

The mural – on the wall of a foot-overbridge at Bashistha – shows the incarcerated peasant leader being dragged by police.

Gogoi, who led the Krishak Mukti Sangram Samiti, has been jailed and charged under several offences in the aftermath of the protests in Assam against the Citizenship Amendment Act.

The four artists who belong to the group Anga Art were let off by police after a while. However, they eventually ended up painting over the whole mural.

Local media has called the police action an ‘obstacle on freedom of speech and expression’. 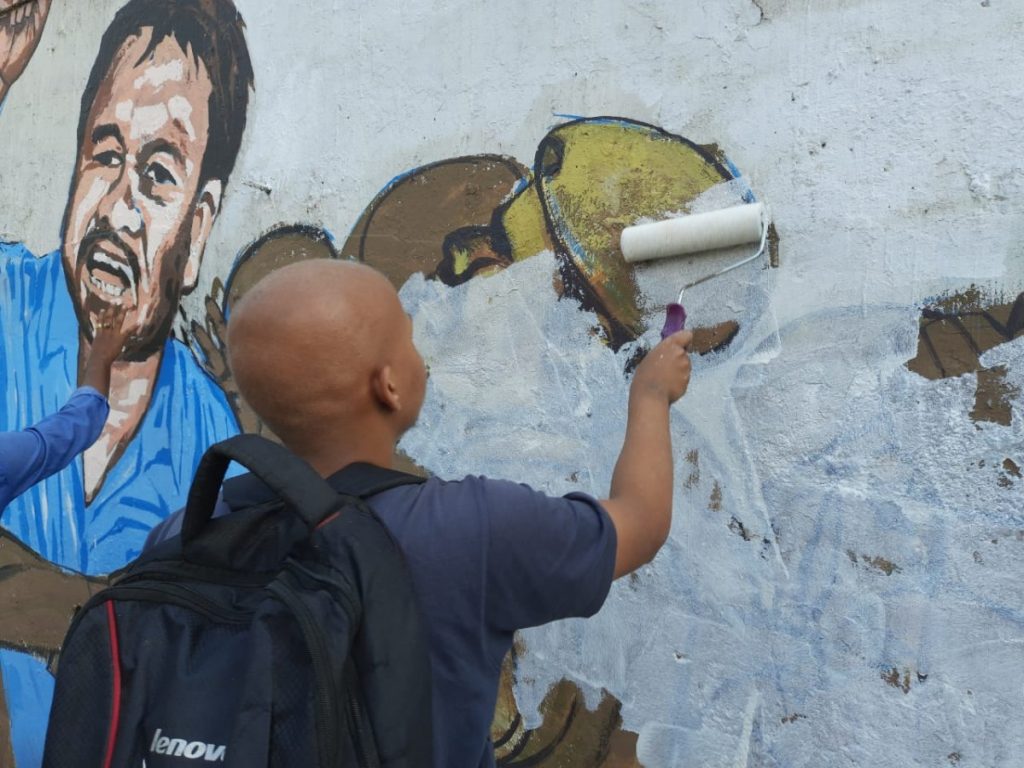 One of the artists painting over the mural. Photo: By special arrangement.

The incident happened on the very same day when the Gauhati high court was hearing Gogoi’s bail plea. The photo of the mural has gone viral on social media, with many commenting on the artists’ muzzling.

The artists had begun drawing the mural on November 19, Wednesday. On that day, the artists said, police paid it no attention.

Dhruba Sarma, one of the four artists told The Wire, “This is most strange. We had completed almost half the mural when police told us that we were vandalising government property and that no permission had been granted to us. We told police that since artistes like Zubeen Garg and Papon were often drawn on public property, portraying Akhil Gogoi should not be a big deal.”

Sarma said that a few of the policemen who picked them up appeared agitated. He added, “They asked us as to why we were portraying Akhil Gogoi as some kind of a god-like being.”

A few other policemen, said Sarma, conveyed that they liked the mural.

Rwituraj Goswami, a student activist said, “They have shown bravery. Someone has to stand up to fascist tendencies.”