The signatories pointed out that at a time when jails across the world were being decongested, Gulfisha had been languishing in prison for 100 days. 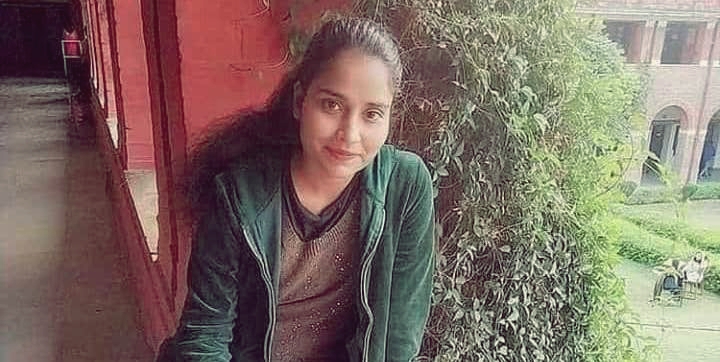 New Delhi: Civil society members, academicians, activists, writers, journalists, artists and lawyers have issued a statement calling for the release of Gulfisha Fatima, a student and community educator, who has been arrested by the Delhi police in connection with the violence that occurred in Delhi in February this year.

Fatima, who has been charged under the draconian Unlawful Activities Prevention Act (UAPA), is currently lodged at the Tihar jail.

The signatories of the statement, who include Uma Chakravarti, Roop Rekha Verma, Jayati Ghosh, Aisha Farooqui, Mary John, Nandini Sundar, Kavita Krishnan and Pradip Krishen, held that Fatima was charged for “daring to defend the Constitution”  and for resisting the CAA-NRC-NPR.

The statement further held that the Delhi police and the home ministry were using the pandemic as a “convenient excuse” to criminalise and imprison students and activists – many of whom were Muslims – who had protested against the Citizenship Amendment Act and the NRC.

The signatories also pointed out that at a time when jails across the world were being decongested, Gulfisha had been languishing in prison for 100 days. She was arrested on April 9, 2020, in the early days of the COVID-19-induced lockdown.

The statement also said that in an attempt to harass dissenters, Gulfisha was ‘re-arrested’ in another FIR after she was granted bail in one FIR. It also noted that Gulfisha’s participation, which had been “inspired by the collective struggle of thousands of Muslim women” shattered the dominant narratives peddled by the state about Muslim women who needed to be saved.

The signatories finally demanded that all charges against Gulfisha and other students and activists like Safoora Zargar, Ishrat Jahan, Devangana Kalita, Natasha Narwal, Meeran Haider, Sharjeel Imam, Sharjeel Usmani, Khalid Saifi, Akhil Gogoi, Dhairjya Konwar, Bittu Sonowal, Manash Konwar be dropped and that the state investigate and take legal action against the perpetuators of communal violence in recent months in Delhi, Uttar Pradesh and other places

The entire text of the statement has been reproduced below.

FREE GULFISHA FATIMA –LET HER CARRY ON THE TRUE LEGACY OF SAVITRIBAI AND FATIMA SHEIKH!

19th July 2020: Today marks 100 days since Gulfisha Fatima, a young student and community educator from Seelampur, in North-East Delhi was unjustly arrested by the Delhi Police. She has been falsely charged under the draconian UAPA law for daring to defend the Constitution, and for peacefully resisting the anti-people CAA-NRC-NPR. Just as she lit up the protest spaces with her warm smiles, compassion and innate intelligence, Gulfisha, lovingly known as Gul, continues to keep the flame of justice alive within her at Tihar Jail, as well as the urge to carry on the legacy of her ideals – Savitribai Phule and Fatima Sheikh – the foremost feminist educators of this land!

The country is witness to a brazen one-sided ‘investigation’ into the targeted violence unleashed in North-East Delhi in late February 2020, by the Delhi Police and the Home Ministry, who are using this pandemic as a convenient excuse to criminalise, interrogate and imprison peaceful anti CAA-NRC-NPR protesters, students and democratic activists, of which, many are Muslims. This spate of arrests, has sparked massive outrage from democratic voices across the country and the world, including the United Nations which has expressed grave concern at this ruthless stifling of ‘dissent’.

We all know that the bail finally ‘granted on humanitarian grounds’ for Safoora Zargar – in the second trimester of her pregnancy – was a result of persistent struggles at many levels. Today, we must speak out for the release of all political prisoners, including 27-year-old Gul, who was arrested on 9th April 2020, in the initial phases of the lockdown, when the Govt. imposed a thick curtain on information flow around detentions and arrests. Reportedly, she was mentally tortured during police custody, to add to that her bail applications have been repeatedly rejected by the Courts on technicalities. At a time when de-congestion of jails is a world-wide demand, like many other innocents, Gulfisha has been languishing in jail for 100 days now. That’s 100 days too many!

Between December 2019 to February 2020, millions of citizens across the country, in particular women, took to peacefully challenging the State’s communal project of discrimination and disenfranchisement. There are numerous accounts, of Gul, engaging at the local protest site, running classes, educating children and women from the community, empowering them with a vision of emancipation. In that sense, Gul is an inheritor of the legacy of the legendary Savitribai Phule and Fatima Sheikh, who braved all odds to make education and emancipation for all girls and women a reality. Her efforts as a community educator while raising slogans about ‘Hum Samvidhan Bachane Nikle Hain, Aao Hamare Saath Chalo’ is a brave and poignant moment in today’s times. Her sensitivity to the spirit of the women in the community is a roadmap to how education itself must be re-imagined pedagogically for it to be inclusive, non-discriminatory and accessible.

A promising student like Gul, hailing from a marginalized community, should have been encouraged and supported by the Government. However, by jailing her, the patriarchal state is sending out a chilling message intending to keep women students ‘in-check’ and out of educational institutions, tightening the bonds of servitude that women have long fought to break from. The government’s so-called commitment to ‘Beti Bachao, Beti Padhao’ is no more than empty rhetoric for, when the ‘betis’ rise to learn and lead and ‘bachao’ the Constitution of this country, the regime crushes and cages their dreams and dissent mercilessly.

Gulfisha braved too many odds, stood by her community, holding to heart the Constitution and educating while struggling, even as she went on ensuring that everyone was well-fed during those long, chilly winter nights! To charge such a harbinger of peace under draconian terror charges is a crime against humanity and absolute travesty! Her participation, inspired by the collective struggle of thousands of Muslim women, who countered the divisive CAA-NRC-NPR project of the government by re-imagining resistance as a collective, leaderless struggle shatters the farce of dominant narratives that ‘Muslim women are in need of saving’. The current regime clearly stands exposed in its intentions as it jeopardizes women’s lives, their families and communities.

As has now become an established practice by the state to harass and harangue people, as soon as Gul was granted bail in one FIR, she was ‘re-arrested’ in another FIR, under the newly amended UAPA, which gives the government a license of unending impunity to pronounce ‘dissenting voices’ as a threat to ‘national security! The ‘outlandishness’ of the UAPA law can also be gleaned from the fact that even a ‘first-time protestor’ like young Gul can be charged and jailed arbitrarily for long periods! The incarceration of Gulfisha and all the other anti CAA-NRC-NPR protesters bears testimony to the state that miserably failed to dialogue with the communities that constitutionally and democratically appealed to the government to reconsider its anti-people policies, over months of peaceful and awe-inspiring protest, marked routinely by calls for violence by right-wing leaders and top politicians from the majority community.

As we stand with Gul, we demand a summary repeal of the UAPA law that grants the government such sweeping powers or arrest and incarceration without any safety net of accountability.

As we stand with Gul, we stand equally with all the other young activists, students and other leaders including Safoora Zargar, Ishrat Jahan, Devangana Kalita, Natasha Narwal, Meeran Haider, Sharjeel Imam, Sharjeel Usmani, Khalid Saifi, Akhil Gogoi, Dhairjya Konwar, Bittu Sonowal, Manash Konwar and countless others who are bearing the might of the fascist, masculinist, police state for daring to stand by values of democracy, secularism, equality and justice.

As we stand with Gul, we demand that the state immediately drop all fake charges foisted on her and all other students & activists and instead take stringent legal action against each one of those who have been responsible for the targeted communal violence and hate crimes in Delhi, Uttar Pradesh and other places in the past many months.

Statement on Gulfisha Fatima by The Wire on Scribd