Why Does Gujarat Government Want to Banish Activist From 5 Districts for 2 Years?

On March 8, 2020, Lakhan Musafir received an official notice containing false accusations against him. 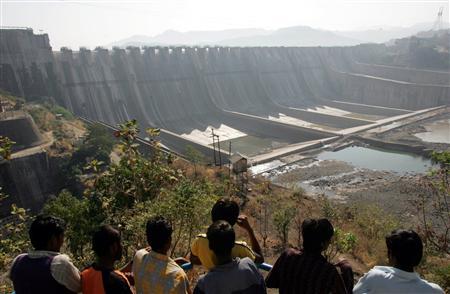 The current central and state governments, and their bureaucracies, have been and are still unable to answer and address the concerns raised, with facts, figures, and constitutional provisions, regarding the terror of tourism in the name of the Statue of Unity projects.

Their inability to address long pending up issues surrounding the right to life, livelihood and survival of the tribal population in the area, is reflected in the form of Section 144, house arrest, detention, intimidations, undeclared curfews, and beyond.

To top all of this, the unconstitutional law, The Statue of Unity Area Development and Tourism Governance Act, 2019 has been executed with full force.

In spite of all the stated actions by the local people and concerned members of the civil society, the central and state governments have failed to address the long-pending issue of livelihood and have now decided to banish activist Lakhan Musafir for two years from Narmada, Bharuch, Vadodara, Chhota Udepur and Tapi Districts.

While the notice mentioned some documents as annexures, Lakhan was not served copies of the documents along with the notice. Alarmingly, the notice also contained false accusations and fabricated statements.

Also read: In Gujarat, Tribal Evictions, State Repression in the Guise of Tourism

Banishment is an act which clearly indicates the defenceless and repressive nature of the ruling dispensation, that doesn’t have an answer for the questions regarding the fundamental constitution raised by the tribal population of the area. It is a clear indication that the government is not able to defend its unconstitutional action before the people of India and the world in any legitimate way.

It exposes the complete inability to defend its ongoing, illegal, and boldly unconstitutional actions.

The government’s banishment order – now being challenged in court – reflects its frustration and desperation to prevent people from raising issues, in legitimate ways permitted under the law of the land.

It is an open secret that governments have either deliberately chosen to not accept their utter failure in responding to peoples’ legitimate concerns. Instead of lamenting the fact that local people aren’t willing to file a complaint against Lakhan Musafir and blaming him or his actions on this fact, the government should realise that the local people don’t consider him to be anti-social or a menace to the society as the government machinery so conveniently asserts.

Lakhan Musafir is an activist who has dedicated his life to the empowerment of downtrodden people by helping them access organic farming, bio-gas plants, education, and particularly for the rights of those tribal families that were affected by Garudeshwar Weir and Tourism Projects under the guise of the Statue of Unity project. Practising Gandhian philosophy on a daily basis Lakhan has lived a very simple life with the tribals for the last several years.

The bewildering accusations against Lakhan Musafir must incentivise the people of India and the media to engage with collective questioning, sustained resistance, and demand the application of constitutional rights and the rule of law in letter and in spirit.

It is time to wake up and take concerted and legitimate actions to stop this case built on flimsy charges against Lakhan Musafir, a resident of Gujarat and a citizen of India!

Rohit Prajapati is a Gujarat-based activist, researcher and writer.