When Deepak and Chandan began working in Hazira, they knew they had to make the best of a bad bargain. But nothing had prepared them for the trauma they suffered during the lockdown. 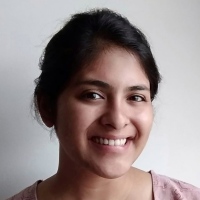 Hum log garib aadmi hai, kamake khane wala aadmi hai… humko dekhne wala bhagwan hi hai (We are poor people, we live hand-to-mouth. For us, there is only God). Deepak* told me this in a voice which sounded much older than his 20-something years.

He had learnt this truth the hard way in Hazira, a bustling hub of the Gujarat economy, where industrial campuses stretch out in a line towards the Arabian Sea. He had laboured in an oil refinery manufacturing unit, earning Rs 400 per day, sending the bulk of his earnings to his family in Bihar. When the lockdown was imposed, he was among the 50,000-plus workers stranded in Hazira.

I started attending to the distress calls of Deepak and other migrant workers in Hazira from the first week of May while volunteering for the Stranded Workers Action Network (SWAN). They called the SWAN helpline from their lodgings, located in the shadow of the industrial campuses. They wanted to tell me what they were going through but were hesitant at first, scared of speaking out against their companies and the police. They were scared they would not get their wages, or that they would get beaten up.

They told me their stories as they made their way back home, from mid-May onwards. As their stories unfolded, there was one note which rang through every single narrative: when they began working in Hazira, they knew they had to make the best of a bad bargain, but nothing had prepared them for the plight they would suffer during the lockdown. Now they say they have been used and discarded by the contractors they worked for, and also by the rest of society which does not seem to care.

How dispensable they were was made resoundingly clear during the days they were stuck in Hazira. Their companies promptly closed at the start of the lockdown. Despite the March 29 order that the Ministry of Home Affairs at the Centre had passed, directing all employers to pay full wages to their workers during the period of lockdown, many workers remained unpaid even when they worked during the lockdown.

Deepak had not been paid his wages for the work done in March before the lockdown, and his landlord was becoming demanding. During the lockdown, the company gave him an offer of resuming his work, which he gladly accepted. Surely, he thought, if he resumed work the company would have to pay him.

That day Deepak was fed lunch. But at the end of the workday he received no wages. Some others he knew were also not paid for this work during the lockdown. The next day he refused the offer of work. When his landlord came asking for money, Deepak had nothing to offer. The landlord cut off his water supply.

Deepak said the companies did not even feed their workers. For a while, an NGO was providing them some lunch. But it was always inadequate, and after a few weeks, it stopped entirely. Deepak watched his meagre savings deplete. There was absolutely no help from any quarter.

Numbers for the workers stranded in Hazira are hard to come by. The workers were often scared to talk. They suspected that the companies had asked for police help to keep them in check.

In the first week of May, one worker, Chandan, told me that he had gone outside to listen to a police announcement, following which he returned home to rest. Soon the police were pounding on his door: “They pushed their way in and demanded to know where I came from. Bihar, I replied.” Chandan said they beat him up so badly that he needed medicine for days. After that the workers withdrew into their shells. It took days before any one of them opened up to the SWAN volunteers.

Even local NGOs have no clear idea of how many workers employed in Hazira prior to the lockdown were deprived of food, how many went unpaid, or even how many of them remain stranded. The workers I spoke to mentioned thousands facing the same problems they did.

In fact, Dalit leader and MLA, Jignesh Mewani, in his letter to  Gujarat chief minister, Vijay Rupani, said there were 70,000 workers suffering in Hazira. His letter also mentioned  the non-payment of wages by several companies such as A.J Engineering and Aravind Engineering that are subcontracted by Larsen & Toubro.

Also read: Deserted, Demeaned and Distressed: The Lot of Migrant Workers in the Delhi-Haryana Region

I spoke to around 35 workers (which would correspond to 120 workers) throughout May. All of them wanted to return home. Chandan was a “team leader”, in charge of submitting the travel forms for 20 of his friends. He lined up in front of the collector’s office day after day, a list of his companions in hand, and Rs 750 from each for the train ticket in his pocket.

But neither the police nor the collector, or any responsible authority for that matter, seemed to have a clear idea of the train schedule. Chandan waited dutifully, spending long days in the sun. If too many workers joined the queue, they were beaten up. Fleeing distress in a haze of uncertainty: A May 2020 picture of Gujarat migrants setting out for their homes on foot. Photo: PTI

As time passed, Deepak lost all hope that the train would ever materialise.  He paid whatever rent he owed with the last of his money, and walked to Surat. There he waited for a train. After several days, a tout offered him a ticket for Rs 2,000. But the train took him only part of the way home. He managed to book private transport the rest of the way, and eventually found his way to his village in Muzaffarpur in the second week of May.

The other workers I spoke to also returned home, mostly by the trains which had started trickling out of Hazira towards the end of the second week of May.

After reaching home, many of the workers were put in quarantine. Some were lucky, their quarantine centres were decent. Others have told SWAN that their centres lacked soap and water and gave little food. Sometimes there was no healthcare support at all.

Also read: Bablu Bhaiya, Can You Forgive Us?

When Deepak finally reached home, he was expecting to be put in a quarantine centre. He wanted to do his bit to make sure the virus did not spread. But he was told by his village mukhiya that the quarantine facility was unavailable, and that he should go to the hospital to be tested.

Deepak had to hire a car for his trip to the hospital. He paid Rs 1,000 for the trip on the assurance that it would be repaid to him. Bola tha Block se milega, block se kuch mila hi nahi (I was told the Block officials would reimburse the amount, but I did not get anything.)

He calls me often, telling me that food is as scarce at home as it was in Hazira. The youngster lives with his parents, three brothers, their wives, and children. The 25 kg of rice and wheat they get through the PDS is insufficient for their large family. He tells me that sometimes his family does not get even that much because some of the foodgrain is siphoned off by middlemen.

Deepak may have returned to his village but there is not much scope for work there. During  an Interactive Voice Response (IVR) survey of calls made to migrant workers who had returned to their villages, in Jharkhand, in the first week of June, 1,270 persons responded to the question whether they want to work for MGNREGA. Of them, 70% replied in the affirmative. They were then asked a follow-up question, namely if they had a job card. At least half of them said they did not have a job card.

Farm work is often closed to returning migrants. Jo zameen hai, bas ghar bhar hai  (I don’t have any land except what my house stands on), Deepak says. He has no land to farm. He tells me that if he tried to work on a farm, he would not be taken seriously. He explains why: Hum toh sheher mein hi rehte hain aur kaam karte hain (We have only worked in the city).

Besides, the trauma that Deepak and his companions suffered as migrant workers in Hazira continues to weigh heavy on them. Although companies in Hazira started paying workers in the past few weeks, some are still left without their dues. I have spoken to workers who in April were still waiting to be paid Rs.9500 for work done before the lockdown.  In such a situation, waiting for their hard-earned bonus cheques seems a futile exercise.

Through a contact, SWAN managed to get the contractors to pay workers in a couple of cases. Many workers who have been in touch with SWAN volunteers are now reporting that they have no access to their provident fund either.

In the six years that Deepak had worked for his company, he had unfailingly contributed Rs 1,000 every month towards his provident fund, which was to be matched by his contractor. After his six-year service with the company, he should have had a provident fund of Rs 1.4 lakh in hand. But he has been given no PF number. No matter what documents he provides – Aadhaar, PAN number – the HR department of his former company just does not respond. His anxiety knows no bounds.

Throughout the lockdown period, the workers from Hazira who spoke to me have done what was expected of them.  They have worked, paid rent when asked, waited with inordinate patience for trains to take them home, and those like Deepak have been scrupulous about  following the rules of social distancing.

Their diligence has been met with deafening silence by figures of authority at every stage. They have been left unpaid and unfed by their companies, beaten up by the police, short-changed by the PDS and often left to fend for themselves by the village authorities.

Regardless, Deepak continues to act as a responsible citizen.  The village officials have not provided a quarantine facility, but he refuses to subject others to the risk of being infected. He has withdrawn to an empty shed a little away from his home. His meals are passed on to him. He sees his family from a distance, but he eats alone.

As he told me in a tired voice, Garib ka koi zindagi nahi hota hai… hai hi nahi. Jo milta bhi hai sarkar se to idhar aate aate poora upar wala kha jaata hai, garib ko milta kahan hai (The poor don’t have a life to speak of, no life at all. Whatever little is expected to come our way from the government is siphoned off by those sitting above us. The poor are left with nothing).

*The names of the workers have been changed to protect their identity.

Anushka Kale is a Young India Fellow at Ashoka University, Sonepat, and a volunteer with SWAN. This article was written with the help of inputs from Kit Patrick.