The wall in question is coming up in front of the Dev Saran or Saraniyavaas slum area. 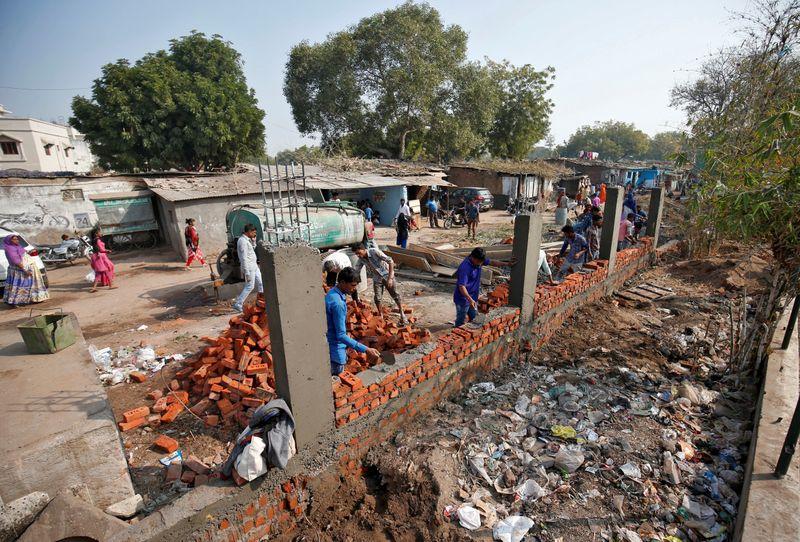 Construction workers build a wall along a slum area as part of a beautification drive along a route that U.S. President Donald Trump and India's Prime Minister Narendra Modi will be taking during Trump's visit later this month, in Ahmedabad, India, February 13, 2020. Photo: Reuters/Amit Dave

New Delhi: A wall is being constructed by the Ahmedabad Municipal Corporation to hide a slum cluster from the view of US President Donald Trump and Prime Minister Narendra Modi.

The wall is over half-a-kilometre long and seven feet high.

The two have planned a roadshow in the city on February 24.

The wall is being constructed on the road leading from the Ahmedabad airport to Gandhinagar as part of a beautification plan that has been rolled out ahead of Trump’s visit. He is scheduled to address a huge gathering at the Motera Stadium in Ahmedabad at the end of the roadshow.

The ‘Kem Chho Trump’ event is being seen as Modi’s reciprocative gesture to the US president for joining him at the ‘Howdy Modi’ gathering in Houston last year.

As part of the preparations for the event, a lot of infrastructural work has been undertaken all around Ahmedabad and Gandhinagar.

The wall in question is coming up in front of the Dev Saran or Saraniyavaas slum area, which has been in existence for several decades and houses over 500 tenements. The place is home to over 2,500 people and the manner in which the wall is being constructed to mask it has posed questions around the mindset which has driven the exercise.

Earlier, when Japanese Prime Minister Shinzo Abe and his wife Akie Abe had visited Gujarat for the 12th India-Japan annual summit in 2017, and then for the Vibrant Gujarat Summit the same year, a beautification drive was undertaken but attempts were not made to hide any part of the city’s life from the visiting dignitaries. 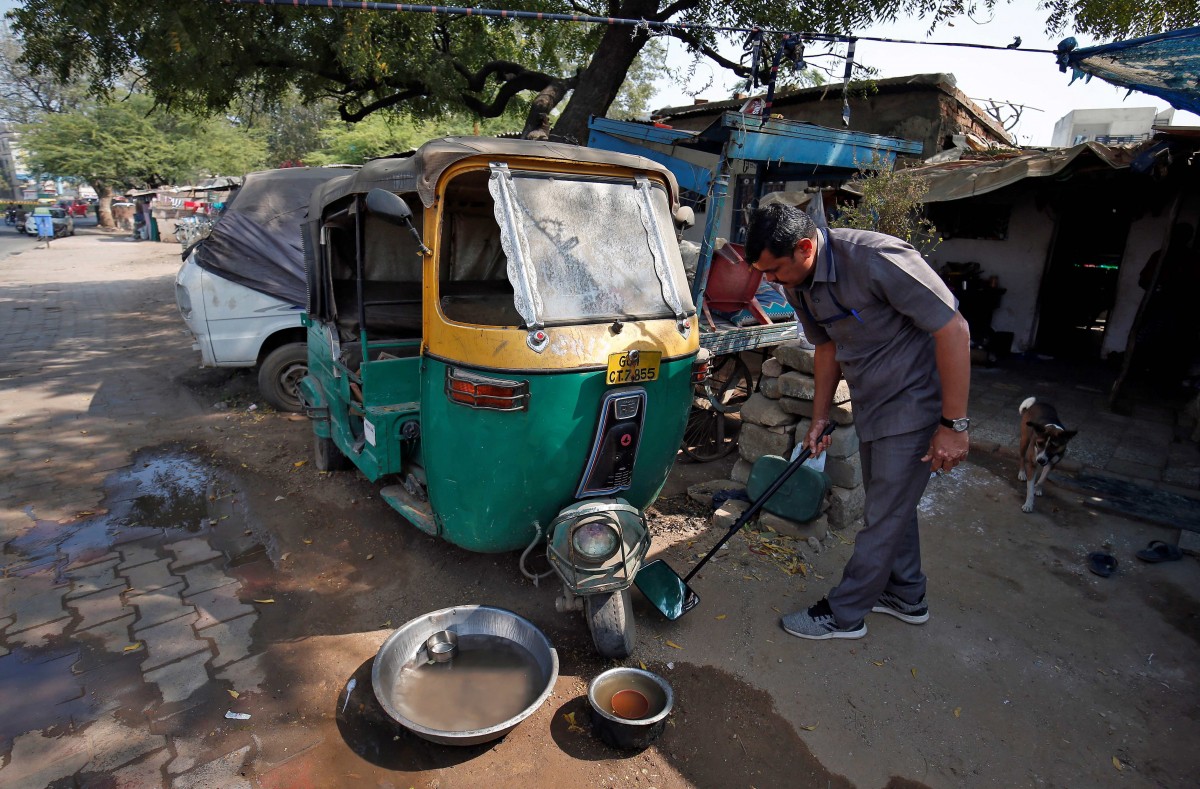 Meanwhile, the budget session of the Gujarat assembly has also been postponed by two days in view of Trump’s visit. It has now been rescheduled to convene from February 26.

The state legislative affairs minister, Pradipsinh Jadeja, told the media that it was due to Modi and Trump’s visit that the government has decided to reschedule the budget session and the presentation of the budget.

This is the first time in the last two decades that the budget session has been rescheduled in the state. The secretary of Gujarat assembly, D.M. Patel, was quoted as saying that “rescheduling of budget date has happened rarely in Gujarat’s parliamentary history”.

An official defended the action, saying the rescheduling has been done to prevent any political clashes that are usually witnessed on the first day of the budget session.