Since the legal framework for protection of sex workers has come, how is society perceiving them now? 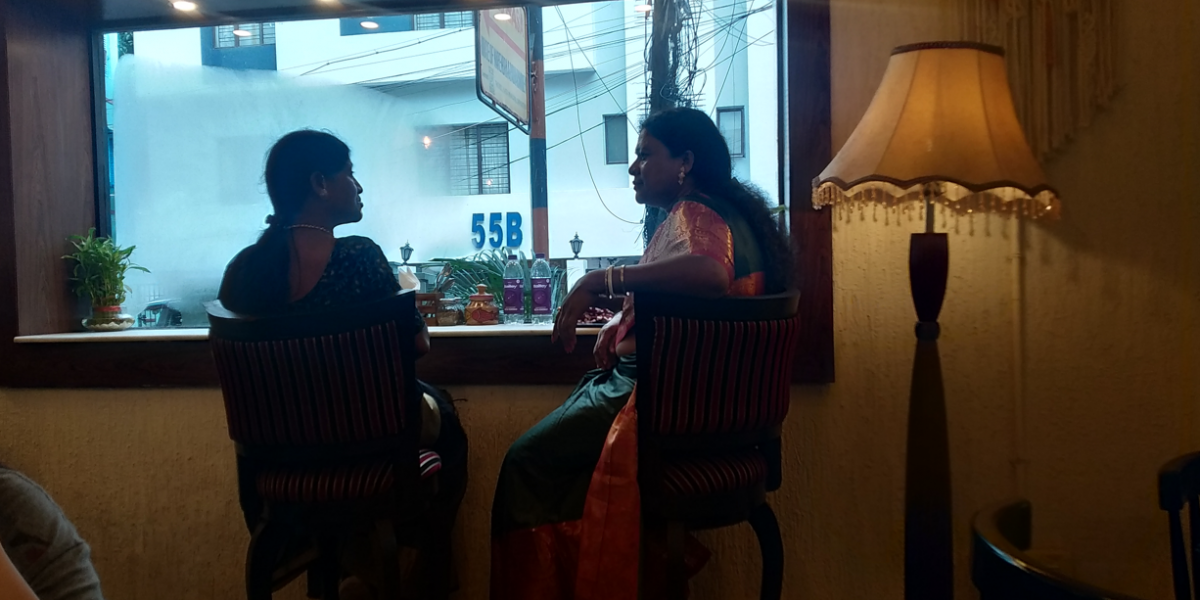 Kolkata: Bunaphile Cafe in Kolkata’s Hindustan Park was filled with curious eyes on the evening of July 15. Two tables were occupied by women the people in the cafe have seen around in the city but hardly ever in a cafe like this. The middle-aged women were in bright, inexpensive sarees and footwear. A sartorial choice that is quite a misfit in a place like this. In a bit when one of them stepped out to smoke, there were more stealing glances and murmurs.

This was partly the purpose of the group of sex workers who had travelled from Sonagachhi, Kolkata’s red light area, to simply experience parts of the city that they usually don’t. Their cafe trip marked the beginning of the project, Occupying  Spaces. In the weeks to come, there are plans to present an exhibition of objects of everyday spaces and a creative output by sex workers and visit another café similarly located in the ground floor of an upscale locality, says Krishti Kumar, an independent researcher, who led the idea.

“I have been working with my research interests with Durbar, a community-led organisation of sex workers, from last October. My focus was on marginalised communities and how they inhabit urban spaces. So in May when the Supreme Court commented on how sex work needs to be given the status of labour and the taboo around it needs to go. I thought why not put the question of stigma through a litmus test and in the process extend the assertion of the community in the city as well,” says Kumar.

Also read: Sex Workers Need to Be Seen as Labour, Not Victims

The question that she wanted to explore was that even if the legal framework for protection does come, what the situation now in society is. Have our mainstream spaces evolved?

When she approached Durbar and the group of sex workers through them, the community members were keen. This was a reversal of a gaze that they were now tired of. “Artistes, scholars and such work with sex workers in this country. But this time the community would be entering a mainstream genteel space of urban social life. So the idea that the lens will be on the so called bhodroloks (the genteel class) was warmly received,” says Kumar.

But while approaching the cafes, her initial experience was a disappointing one. Multiple places which host shows like stand-up comedy, music events and even book launches with progressive subjects went silent on her. The group decided that the first entry would be without any kind of prior arrangement as it is simply their right to sit and eat somewhere.

The first part of the project was a social intervention conducted beyond the confines of a structured event where usually the space remains alert and allotted beforehand. The search for a welcoming cafe that led to a struggle to find one was for the second event.

On the first day, the experience was largely positive. And even ended in a lively conversation, says Sunita (name changed).

From where they started their journey in Shobhabazar, the mood was festive.  They had dressed up and were well prepared for this holiday. On the way, some of them teased each other not to be befuddled by the ambience. Some rehearsed how they were going to carry themselves, while for some it was just a little time off and a trip outside the familiar. They spent a few hours in the cafe, ordered sandwiches and coffee, shared stories and laughed among themselves if someone was eyeing them or was visibly uneasy.

As far as the food is concerned, one thing Sunita is never going to do is order black coffee. “That was a big mistake. It was so terribly bitter. Who has coffee like that. I loved the sandwich though. It had chunky chicken portions and was very tasty,” she says.

She was very happy about the behaviour of the staff as well. But not all looks were welcoming or they were at home throughout. “This place seems to be frequented more by young couples,” says Mamata Maity. 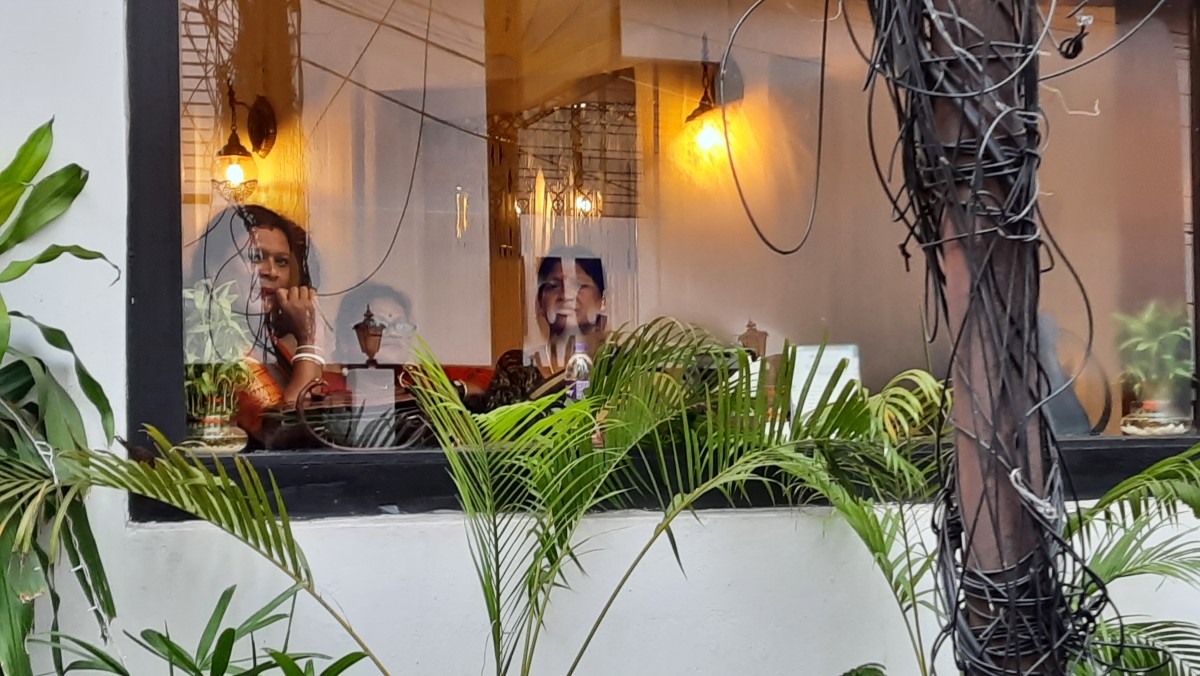 A sex worker sitting at Bunaphile Cafe in Hindustan Park. This is part of project, Occupying  Spaces. Photo: Author provided

At the end of the evening they got up to announce their next outing which will be an exhibition at a café in Jodhpur Park in the second week of August.

“With the event, we are answering the anxieties of the mainstream society. The first part of the project threw up a comment from one of the patrons of the cafe where she stressed that she had never seen a sex worker in her life. The sex worker’s image is quite visual and monolithic for the society at large. The idea of a curation of objects celebrating the everydayness of sex workers in their intimate spaces germinated from the desire to enable an egalitarian interactive space. Hence, the event is themed on how the sex worker actually looks,” says Kumar.

In this outing, the people present mostly listened, but in the next event there will be more interaction and even a debate on the rights of sex workers as a professional community and the stigma attached to the profession, says Kumar.

This outing will be conducted after a curated tour of the objects and performances by the sex workers like colourful alpana, a dance performance, paintings, singing and dishes prepared by members of the community.

Kumar says that the creative inputs have a back story. For example, dumur (a kind of fig tree) curry has its roots in Bisakha Laskar’s childhood spent in the Sundarbans. Laskar is a 44-year-old sex worker and president of the committee president of Durbar committee.

The sarees, bangles, utensils, mirrors are all among everyday objects that make a home for the community.