The government has denied 17-year-old Osaib Altaf's death in a report submitted to the Supreme Court, leaving his family running from pillar to post and in shock.

Srinagar: For the past two months, the Marazi family from Palpora on the outskirts of Srinagar has been moving from pillar to post to get a death certificate for their 17-year-old son Osaib Altaf.

The family alleges that Altaf drowned in the Jhelum on August 5 after being chased by security forces.

Altaf’s mother Saleema said the administration at the city’s Shri Maharaja Hari Singh (SMHS) hospital told her husband that a copy of a first information report (FIR) confirming the drowning incident is a “prerequisite” for issuance of the death certificate.

“For the past two months, we have been continuously visiting police stations and SMHS hospital but to no avail,” Saleema says at her residence. “The irony is that police officials are refusing to even register a case.”

Every time the family approaches the police for an FIR, the issue of jurisdiction is raised.

On September 26, the J&K government had submitted a report from Director General Police Dilbagh Singh in the Supreme Court, in response to a petition filed by a group of human rights activists about the detention of minors in Kashmir.

The government denied Altaf’s death in the report.

“Osaib Altaf: the incident (of death) as reported as been found to be baseless as no such death has been reported to the police authorities as per verification report received from the field formations,” reads the report.

The government’s denial of Altaf’s killing has shocked the family. “How can the government resort to such a falsehood?” says Saleema. “Do they mean my son is alive? And if so please ask them to release him.”

She said there are videos of Altaf’s funeral on the internet and that newspapers have reported his death too.

Even after two months, that the house is in mourning is palpable. Altaf’s grandmother Noora, who sat in the room silently listening to her daughter-in-law, suddenly burst into tears. 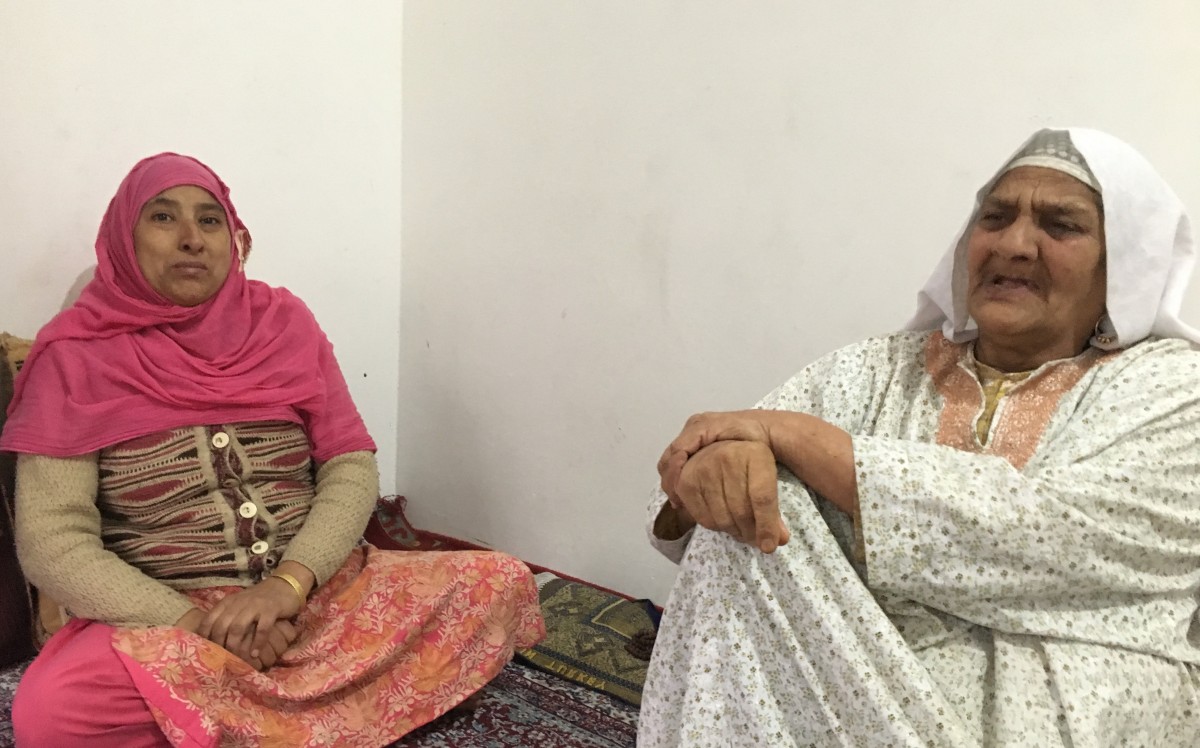 “My Osaib was a budding flower. By shamelessly denying his death, is the government trying to say that he never lived? That he was never born? How can people heading the state be so heartless,” says 67-year old Noora.

A class 12 student, Altaf loved playing football, his brother Suhail Ahmad told The Wire. On the afternoon of August 5, Altaf had gone to a nearby playground with his friends.

“That was the last time I saw him alive,” Ahmad says, just hours before Union home minister Amit Shah briefed parliament about the decision to scrap Article 370 of the Indian constitution and bifurcate the state into two Union Territories.

Fearing a backlash from people in the Valley, the state authorities had already deployed the police and paramilitary forces in large numbers to enforce strict restrictions on movement. Telephones, mobile phones and internet services were snapped.

“At 1 pm, I went to call my son for lunch but he told me that he would return soon,” Saleema recalls.

But the young boy never returned. Locals told the family that the security forces chased a group of boys, including Altaf, on a bridge across the Jhelum river.

“All the boys, we were told, managed to swim. But my son drowned because he didn’t know how to swim,” said Saleema. With hope in their hearts, they had rushed Altaf to SMHS hospital, but he was declared brought dead.

The incident was first reported by Huffington Post and then The Wire and Hindustan Times. The Wire also published a video story about the funeral.

Altaf was the first civilian casualty in the aftermath of the reading down of Article 370.

Two months on, the family has locked Altaf’s room.

“All his belongings – books, clothes and electronic gadgets are locked in his room,” said Suhail. “We are now left with his memories.”

Altaf lies buried at the ‘martyrs graveyard’ in Eidgah, around three kilometre from his Palpora home.

“Please do visit the graveyard. You will find my son buried there,” said Saleema. “Graves don’t lie.”