Saibaba, who is wheelchair-bound with over 90% physical disability, had filed the bail application on medical grounds, saying his weak health makes him vulnerable to contract COVID-19 in jail. 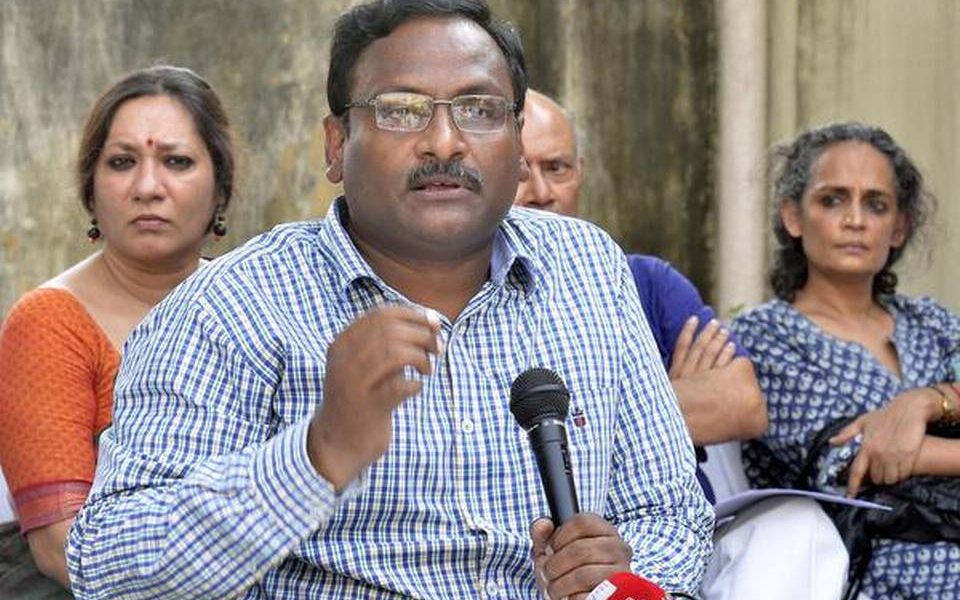 Nagpur: The Nagpur bench of the Bombay high court on Tuesday rejected the bail application of former Delhi University professor G.N. Saibaba, who is serving a life sentence in a prison over charges of allegedly having Maoist links.

Saibaba, who is wheelchair-bound with over 90% physical disability, had filed the bail application on medical grounds, saying his weak health, along with comorbidities, makes him vulnerable to contract COVID-19 in jail.

The former university professor, convicted in March 2017, is currently lodged at the Nagpur Central Jail.

A division bench of Justices A.S. Chandurkar and Amit Borkar on Tuesday said it was not inclined to grant bail, and rejected the plea.

Saibaba, in his plea filed through advocate Nihalsingh Rathod, sought bail for 45 days on medical grounds so that he could get treatment outside and also meet his mother, who is suffering from cancer, in Hyderabad.

He submitted that he was suffering from various life-threatening ailments and was prone to contracting COVID-19 after the outbreak of the disease in the jail. He also said that he was not getting proper medical treatment in jail.

However, special public prosecutor P.K. Sathianathan opposed the bail plea, saying the petitioner was lodged in a separate jail wing where inmates were are not in contact with those lodged in other wings of the prison.

Also, the prison staff who tested positive for coronavirus were admitted in a government hospital, and the staff deployed at the prison had tested negative. All preventive measures are being taken in the prison, he said.

Besides, the petitioner’s brother is taking care of his mother, he said.

“Hence, on all the grounds, be it medical, the pandemic or his mother’s health, he is not entitled to be released on bail,” Sathianathan said.

He also told the court that Saibaba has two attendants round-the-clock and a medical officer is always there to attend to him and provide proper treatment.

“If he goes out, he is more likely to contract the disease outside than inside the jail,” he added.

Over 200 prisoners and 60 staffers of the Nagpur Central Prison have so far tested positive for coronavirus.

The jail houses nearly 1,800 inmates while 265 police personnel are attached to it, according to a prison official.

In March 2017, a sessions court in Maharashtra’s Gadchiroli district convicted Saibaba and four others, including a journalist and a Jawaharlal Nehru University student, for Maoist links and engaging in activities amounting to “waging war against the country”.

The court held Saibaba and others guilty under the stringent Unlawful Activities (Prevention) Act.