The Uttar Pradesh government had given a verbal ultimatum to the protesting farmers, asking them to vacate the site on Thursday. 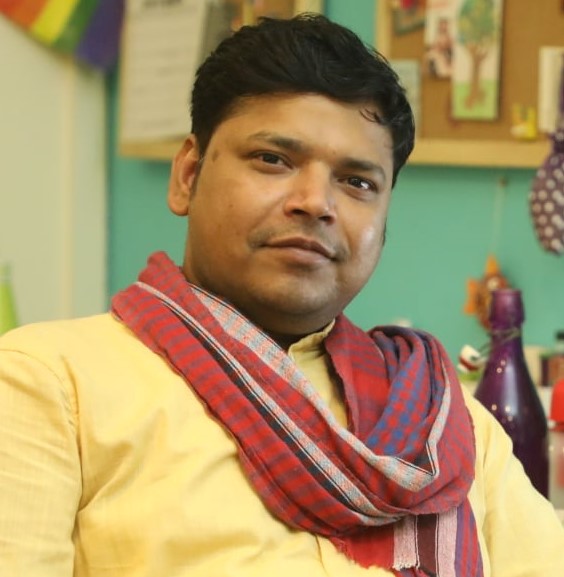 New Delhi: The Uttar Pradesh government’s attempts to force the farmers who were protesting at the Ghazipur border to vacate the site did not bear fruit, with the ultimatum and union leader Rakesh Tikait’s appeal acting as a catalyst for more protesters to show up at the spot.

While there was no formal order, Ghazipur district magistrate Ajay Shankar Pandey issued a ‘verbal ultimatum’ asking the farmers to leave the site on Thursday. Section 144 (no assembly) was imposed and there was heavy police deployment at the protest site.

The Wire‘s Shekhar Tiwari visited the site late on Thursday night to speak to the farmers about the government’s diktat. Many farmers expressed a steely determination to continue their protest until the three farm laws are repealed. “Even if we are lathi-charged or fired upon, we will not leave the protest site,” a farmer said.

Some farmers also claimed that the violence during the January 26 tractor rally was instigated by those who wanted to damage the farmers’ cause. One farmer said, “The government realised that since we are protesting peacefully, they cannot force us to leave. So the violence has given them the opportunity to evict us.”

According to reports, with crowds swelling and the resolute farmers standing their ground, the additional police deployment at Ghazipur was removed in the early hours of Friday.

“Excess security force from the protest site has been withdrawn and only a minimal deployment of personnel remains there,” a Ghaziabad police officer told news agency PTI on the condition of anonymity.

The officer also revealed that some BKU protestors were served notices under section 133 (removal of public nuisance) of the Code of Criminal Procedure (CrPC) on Thursday.

Earlier, Bharatiya Kisan Union leader Rakesh Tikait had arrived at the spot to speak to the farmers. Tikait, who has been named in multiple FIRs relating to the violence on Republic Day, refused to surrender and issued a rallying cry for the protesting farmers, many of whom appeared ready to vacate the site.

As he left the stage and spoke to media, the BKU leader broke into tears and said he was ready to die rather than end the protest against the farm laws.

Tikait demanded an investigation by a Supreme Court-appointed committee into the January 26 violence. “There won’t be any surrender. BJP wants to create a different scenario. Call details of those responsible for the Red Fort incident should come out in the public,” Tikait said, according to India Today.

“Deep Sidhu’s connection should also come before the country. A Supreme Court-appointed committee should investigate the matter,” Tikait said.

On the BKU’s call, more farmers from western Uttar Pradesh districts such as Meerut, Baghpat, Bijnor, Muzaffarnagar, Moradabad and Bulandshahr reached the UP Gate by early morning to join the stir, even as the security forces at the protest site thinned out overnight.

Several protesters waved the tricolour with some waving flags of farmer unions such as the Kisan Ekta Manch amid a continuous sloganeering of “jai jawan, jai kisan“. Many protesters also were wrapped in blankets as they braved the bone-chilling cold and wind.

“Zaroorat padhi to khade rehke dharna denge, tum dharne pe baithe rehne ki baat karte ho (I can protest while standing up and you are asking me whether I am going to continue my sit-in protest),” Jagat Singh Rathi, 78, told PTI.

With a muffler tied around his head and a walking stick in his hand, the septuagenarian from Meerut said he has been at the BKU’s protest since the agitation was launched on November 28 last year.

Ankit Sahrawat, a farmer from Muzaffarnagar, said he reached the UP Gate early on Friday along with 40-50 people.

“More farmers from western Uttar Pradesh districts will reach here. Everybody has condemned what happened in Delhi on Republic Day but now they have made Chaudhary sahab (Rakesh Tikait) cry. Unke aansu nikle hain, wo sahan nahi hoga (Farmers will not tolerate that Tikait had to shed tears),” Sahrawat, who is around 35 years of age, told reporters.