Sindoo-Shermaal (Shopian): Several half-burnt apple trees in an orchard are the only remnant of the attack by unknown gunmen in this village on October 14. Packed apple cartons lie stacked as the villagers talk in whispers about the killing.

On Monday evening at around 7.30 pm, the villagers said, two masked gunmen appeared in the orchard, which is about a mile from the main road.

The duo asked two non-locals – truck driver Muhammad Shareef Khan and his conductor Akram (both from Rajasthan – to take their vehicle out on the road. The two were taken aback and stopped loading apple boxes.

“Following the gunmen’s directions, Shareef Khan took the driver’s seat while Akram ran inside a nearby house seeking help,” a villager told The Wire. “Rest, all of us ran away.”

“Mustering courage, we came out and found his (Khan’s) body,” the villagers said. “The gunmen had set the truck ablaze and part of Khan’s body had been burnt.”

The police blamed militants for the gruesome attack. “The trucker had two bullet wounds in his head,” said a senior police official.

The killing has left entire village, nestled among apple orchards, in shock and fear.

October is usually the peak of harvest season in Kashmir. However, this year, orchards in the southern districts of Kashmir look deserted. Ripe fruit sags from trees and heaps of plucked apples ready for packing lie abandoned.

“Who will now dare to harvest the fruit?” Najeeb, a young man said.

Monday’s attack has scared people to such an extent that none dares to tread inside the orchards.

Over the past three days, police have rounded up more than 20 youth from the village and adjoining areas for questioning.

Two days after the killing, gunmen struck in Nehama village in adjacent Pulwama district and shot dead a non-local laborer, Sehti Kumar Sagar from Chhattisgarh. Sagar was working in a brick klin in adjoining Wuakhoo village and had gone to Nehama along with a fellow worker to purchase some essentials.

“Two bike-borne gunmen fired at him from a point-blank range in the afternoon,“ said another police official. “Though he was removed to hospital immediately, doctors there declared him brought dead.”

Sagar’s fellow worker escaped from the spot unhurt. The police official said Sagar’s body is likely to be flown to his native village in Chhattisgarh on Thursday.

“He was killed by militants,” confirmed senior superintendent of police in Pulwama, Chandan Kohli.

Hours later in the evening, gunmen fired upon two fruit dealers from Punjab in Trenz village of Shopian. The duo, Charanjeet Singh and Sanjay Kumar were rushed to the nearest health facility.

“His condition is critical and he is currently in the intensive care unit,” a doctor at SMHS hospital said. A group of villagers accompanying Kumar were reluctant to talk to the media.

J&K Director General of Police Dilbagh Singh described the attack as handiwork of militants. “These acts by the militants are affecting livelihood of people,” the DGP said.

Fearing for their safety, some of the truckers have left Kashmir for home without loading the fruit,

“My three colleagues and I are into this business of transporting fruit to outside markets for past 17 years. We have never been harmed by anyone in Kashmir,” said Kripal Singh, a trucker from Punjab. “But the situation is scary now.”

Kashmir is reeling under uncertainty after the government of India on August 5 scrapped Article 370 of Constitution and bifurcated J&K into two Union Territories, the move which stripped the state of its separate flag and Constitution. Fearing reprisals from people the August 5 move, authorities imposed strict restrictions and suspended communication in the Valley.

Besides, markets across Kashmir are closed and public transport is off the roads for the past 74 days. Students are not attending educational institutions, despite government opening the schools and colleges and announcing to hold examinations from end of this month.

The initial days of restriction incurred a huge loss to the horticulture sector, considered to be backbone of the state economy in Kashmir, as growers could not ferry pears and peaches to the outside markets.

To alleviate the worries of fruit growers, the J&K government introduced a scheme to procure apples directly from the growers. However, the official market integrated scheme has found few takers.

“We usually take advance payments from fruit dealers against the crop, so how could a last minute intervention from the government work?” said Abdul Sattar Dar, a fruit grower. 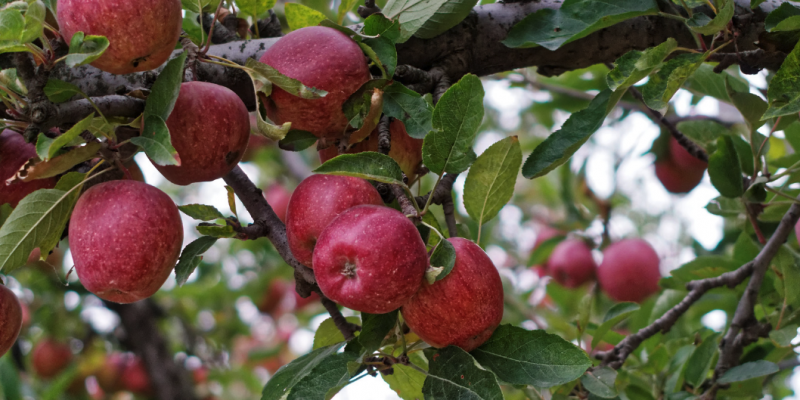 While, according to fruit growers, apple harvesting had picked up during the past few weeks, the killings have brought it to complete halt.

“The harvest season is nearing end. We are at loss to understand what to do now,” said a member of Shopian Fruit Growers Association.

Amid the prevailing situation, Army has said it was willing to provide security to worried apple growers and fruit dealers.

“It is the responsibility of Army to provide security to farmers including apple growers and businessmen,” General Officer Commanding (GoC) of Srinagar-based Army’s 15 Corps, Lieutenant General KJS Dhillon told reports on sidelines of a function in summer capital Srinagar on Wednesday. “We will provide security to growers to ensure they are able to reap the harvest and sell it,” the GoC said.