'From the Stone Age, Back to Modern Times': Kashmiris React to Restored Postpaid Mobiles

People – young and old – were busy making calls on Monday, whether on the road, in offices or at home.

A man talks to his relatives on the phone in Srinagar on Monday. Photo: PTI

Srinagar: The last 70 days have been full of anxiety and tensions in the Kashmir Valley. Monday, though, was completely different.

People waited desperately for the clocks to strike 12 noon. Then, excitement filled the air – the phones were starting to ring.

Kashmiris couldn’t hide their smiles. Frantic calls and cheerful greetings could be heard through the day.

“For a moment, it felt like a dream,” said 27-year-old Zahoor Ahmad Bhat from Anantnag, when his phone rang at 12:05 pm on Monday.

It was his brother on the other side of the line. Bhat, who works at a hotel in Srinagar’s Sonwar, hasn’t been home for the last two months.

The brothers talked for 15 minutes. Then, one-by-one, other family members – his mother, father and two sisters – who were eagerly waiting all these days to hear Bhat’s voice, came on the line.

“It was an emotional moment,” said Bhat, who worked for three years in Dubai before health issues forced him to return home in June 2018. “It has never happened that I have not talked to my family for such a long time, not even when I was working outside the country.”

Seventy days after Centre read down Article 370 of constitution and blocked all means of communication – internet, landline connections and mobile services – fearing backlash from the people, state authorities restored postpaid mobile services in the region.

According to official figures, the Valley has 66 lakh mobile subscribers – both postpaid and prepaid customers – registered with different telecom services providers.

But unlike other states, postpaid subscribers constitute a bulk of the customer base in Kashmir.

People – young and old – were busy making calls, whether on the road, in offices or at home, to relatives and friends to exchange greetings and inquire about their well-being.

The first number Nadira dialled was her son Uzair’s, who works as a sales manager at a shop in Nepal that deals in Kashmiri shawls. “I burst into tears on hearing my son’s voice,” said Nadira, who lives with her husband and two daughters in a single-storey house in Bund, behind Lal Chowk, the Valley’s commercial hub. 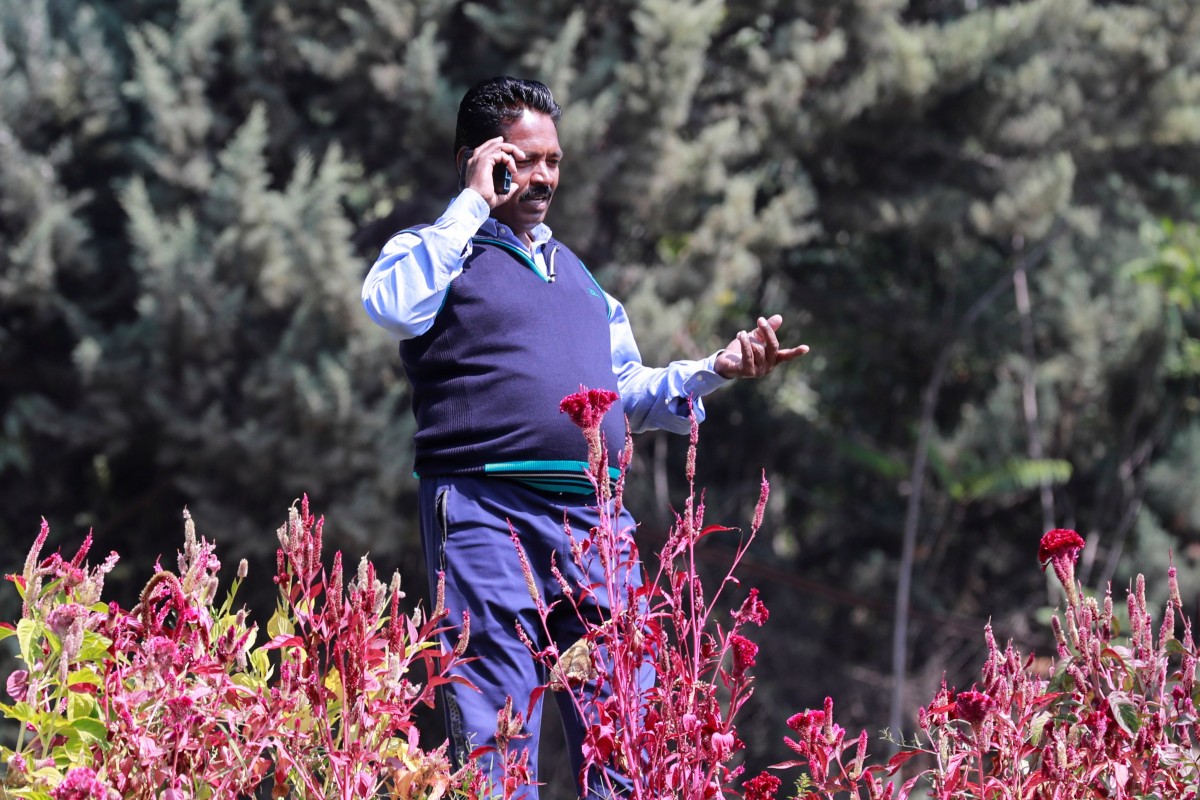 A man speaks on the phone after the partial restoration of mobile phone services in Srinagar October 14, 2019. Photo: Reuters/Danish Ismail

There were others who shared lighter moments with their friends on the phone.

“Congrats, our phones are ringing again,” Abdul Rashid, an engineer, told his friend Naseer Ahmad, while drinking tea at a canteen inside a multi-storey building housing multiple offices in Raj Bagh. “Let’s finish our discussion before authorities snap the services again.”

The restoration of mobile services is one among several steps taken by the government in the past more month to ease restrictions in a phased manner.

On November 11, Kansal said 99% of the Valley was restriction-free. By mid-September, all 50,000 landline connections in Kashmir were made operational, according to the government.

Monday’s step was much awaited. Parents whose children are studying outside the Valley or work elsewhere had gone through a tough time being disconnected from them. It was also a relief for patients suffering from diseases like cancer, who were otherwise unable to contact their doctors in case of an emergency.

There is, however, no word from the government on the restoration of prepaid mobile and internet services.

The internet gag has badly hit students, who can’t access tutorials online to prepare for exams. The educated unemployed youth have been deprived of opportunities to apply for jobs advertised online, both within the state and outside.

A large number of young people working in different IT firms have lost their jobs due to the communication blockade. The business community has also suffered, as has Kashmir’s tourism industry.

“We have been suddenly tossed from the Stone Age back into modern times,” said Adil Hussain, an undergraduate who lives in Srinagar’s uptown Chanpora locality. “Let’s hope it will not take another 70 days for the government to restore internet services.”