'We hope and trust the Supreme Court will rise to the occasion and not let the citizens and the Constitution down at this critical juncture,' write 12 prominent former judges and senior advocates. 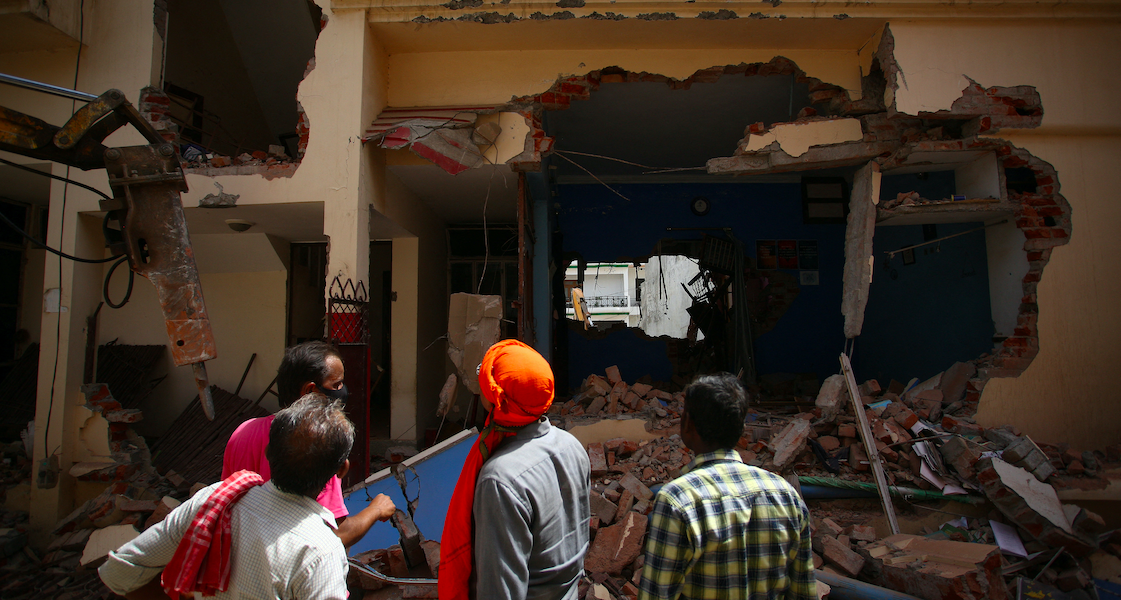 New Delhi: A section of former Supreme Court and high court judges along with senior advocates have issued an urgent appeal to the Supreme Court to take suo motu cognisance of “recent incidents of violence and repression by state authorities on citizens in Uttar Pradesh.”

The letter comes after Prayagraj administration bulldozed the house of Welfare Party of India leader Javed Mohammad after naming him “mastermind” of protests against Bharatiya Janata Party leaders’ remarks against Islam.

Protests had taken place all over the country on June 10. In Uttar Pradesh, police announced the names of “key conspirators” soon afterwards and began demolition drives in Kanpur, Saharanpur and Prayagraj, claiming they had been living in illegal establishments.

The legality of such a move – especially in the light of the fact that the Prayagraj house belonged to Mohammad’s wife while the notice was sent to him and the limited time between the notice being served and the actual demolition occurring – has been questioned.

“Instead of giving protestors an opportunity of being heard and engaging in peaceful protests, the UP state administration appears to have sanctioned taking violent action against such individuals,” the signatories of the letter note.

The letter is signed by:

The letter notes Uttar Pradesh chief minister Adityanath’s exhortation to officials “to take such action against those guilty that it sets an example so that no one commits a crime or takes law into their hands in future.”

“He has further directed that the National Security Act, 1980, and the Uttar Pradesh Gangsters and Anti-Social Activities (Prevention) Act, 1986, be invoked against those found guilty of unlawful protests. It is these remarks that have emboldened the police to brutally and unlawfully torture protestors,” it says.

The letter observes how Uttar Pradesh police have arrested more then 300 people and registered FIRs against protesting citizens.

“Videos of young men in police custody being beaten with lathis, houses of protestors being demolished without notice or any cause of action, and protestors from the minority Muslim community being chased and beaten by the police, are circulating on social media, shaking the conscience of the nation,” the letter says.

The judges and advocates call the “brutal clampdown” by the ruling government an “unacceptable subversion of the rule of law and a violation of the rights of citizens.”

” [It] makes a mockery of the Constitution and fundamental rights guaranteed by the State,” the letter adds.

The letter also highlights what appears a clear ulterior motive behind the law enforcement and civic authorities’ activities.

“The coordinated manner in which the police and development authorities have acted lead to the clear conclusion that demolitions are a form of collective extra judicial punishment, attributable to a state policy which is illegal,” it says.

The letter observes that these are “critical” times during which the mettle of the judiciary is tested.

Also read: Illegal Home Demolitions Are Now State Policy. Here’s What the SC Can Do

“On many occasions, including in the recent past, the judiciary has faced such challenges and emerged with distinction as the custodian of the rights of the people,” it says, citing recent examples in the suo motu actions taken by the Supreme Court in the matter of the migrant workers stuck during the sudden 2020 lockdown and in the Pegasus matter.

“In the same spirit, and in its role as custodian of the Constitution, we therefore urge the Hon’ble Supreme Court to take immediate suo motu action to arrest the deteriorating law and order situation in Uttar Pradesh, specifically involving the high-handedness of the police and state authorities, and the brutal clampdown on the fundamental rights of citizens,” the letter urges

“We hope and trust the Supreme Court will rise to the occasion and not let the citizens and the Constitution down at this critical juncture,” it stresses.

Meanwhile, the Jamiat Ulama-i-Hind has filed two fresh pleas in the Supreme Court, seeking directions to the Uttar Pradesh government to ensure that no further demolitions are carried out in the state without following due process and that such exercise is done only after adequate notice. It has not been reported yet whether these petitions have been admitted.