Hours before the case was filed, the Ministry of Information and Broadcasting on Sunday sought an explanation from streaming platform Amazon Prime Video on whether Hindu gods had been "ridiculed" in the show. 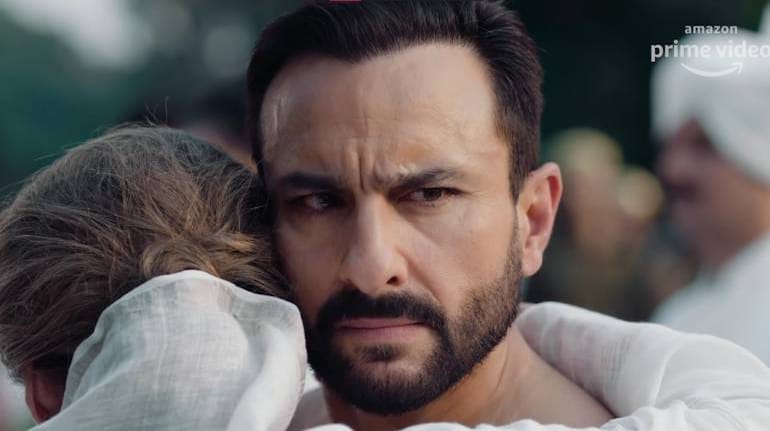 A still from 'Tandav'.

New Delhi: A case has been filed against makers of Tandav, a new web series released on Amazon Prime, in Uttar Pradesh for allegedly insulting Hindu gods.

The FIR has been filed against Amazon India original content head Aparna Purohit, show director Ali Abbas Zafar, producer Himanshu Krishna Mehra, writer Gaurav Solanki and others. It mentions Indian Penal Code sections 153A (promoting enmity between different groups on grounds of religion, race, place of birth, residence, language), 295 (injuring or defiling place of worship with intent to insult the religion of any class), 505 (1) (B) (statements conducing to public mischief with intent to cause, or which is likely to cause, fear or alarm to the public, or to any section of the public whereby any person may be induced to commit an offence against the State or against the public tranquility) and 469 (forgery for purpose of harming reputation) along with sections of the IT Act.

Uttar Pradesh chief minister Yogi Adityanath’s media adviser Shalabh Mani Tripathi shared a copy of the FIR on Twitter. “There is no tolerance for playing with people’s sentiments in Yogi Adityanath’s Uttar Pradesh. A serious case has been registered against the entire team of Tandav, which is spreading hate in the guise of cheap web series. Prepare for arrest,” he wrote in Hindi.

Hours before the case was filed, the Ministry of Information and Broadcasting on Sunday sought an explanation from streaming platform Amazon Prime Video on whether Hindu gods had been “ridiculed” in the show, PTI reported.

BJP MP Manoj Kotak on Sunday said he has written to information and broadcasting minister Prakash Javadekar, seeking a ban on Tandav.

Filmmaker Ali Abbas Zafar has created, directed and produced the political drama with Himanshu Kishan Mehra and it is written by Gaurav Solanki, best known for Article 15.

Kotak, the MP from Mumbai North-East, alleged that attempts are often made on streaming platforms to “not show Hindu deities in good light”. “Hence, we have made a demand to Javadekar ji and have written to him to ban the web series immediately. The actors, producers and directors should apologise for hurting sentiments,” he added.

Sharing the picture of his letter to Javadekar on Twitter, Kotak said as there is no law or autonomous body governing digital content and films on such platforms are full of sex, violence, drugs, abuse, hate and vulgarity. “Sometimes, they also hurt religious sentiments,” he added.

Another BJP politician, Ram Kadam, the MLA from Ghatkopar West, also asked the director to remove the portion of the web series in which Lord Shiva is allegedly ridiculed. The legislator said he has filed a complaint in this connection at the suburban Ghatkopar police station.

Taking cognisance of complaints regarding the web series, the Ministry of Information and Broadcasting on Sunday sought an explanation from Amazon Prime Video on the issue.

When contacted about the complaints, Amazon Prime Video PR said the platform “won’t be responding” on the matter.

The government recently brought OTT platforms such as Netflix, Amazon Prime Video and Disney+ Hotstar, besides other online news and current affairs content, under the ambit of the Ministry of Information and Broadcasting, giving it powers to regulate policies and rules for the digital space.

“A censor board is needed for the OTT segment as it is increasingly becoming popular,” he said.

“I have written a letter to the information and broadcasting (I&B) minister demanding a ban on this series. I also said there should be a law to control the OTT platforms,” Sarang informed.

Note: This article was updated at 5:52 pm on January 18, 2021 to include details about Vishvas Sarang and Rameshwar Sharma wanting the web series to be banned.