The letter also appealed to the Samyukt Kisan Morcha leadership, the umbrella body of various farmer unions, to respond positively to the government’s invite if it is extended. 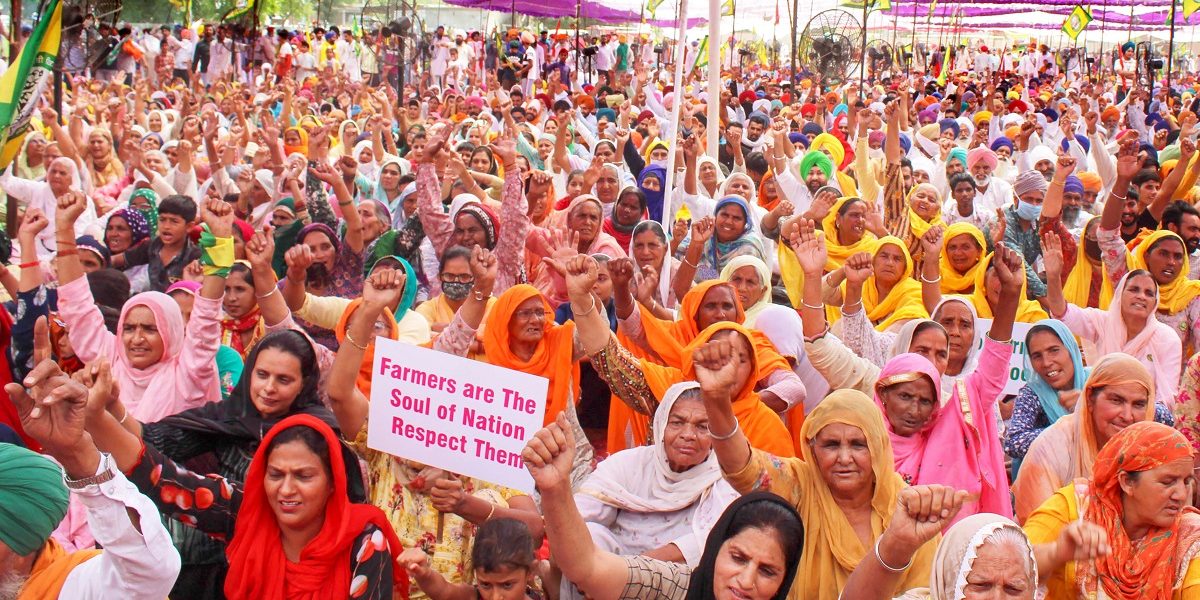 Farmers at a protest against the Centre's agricultural laws on the outskirts of Amritsar, April 19, 2021. Photo: PTI

Jalandhar: Urging the Centre to end the deadlock in the ongoing farmers’ protest, renowned intellectuals from across the country have written a letter to Prime Minister Narendra Modi and Union agriculture minister Narendra Tomar to invite the farmers for dialogue ‘immediately’.

Civil society members also appealed to the Samyukt Kisan Morcha (SKM) leadership, the umbrella body of various farmer unions, to respond positively to the government’s invite if it is extended.

The last meeting between farmers and the Union government on the controversial farm laws was held on January 22. It ended in a deadlock, which has continued to persist. The farmers have been sitting on protest at Singhu and Tikri borders for the past five months, apart from smaller protests and dharnas spread across the country.

In the letter, people such as former vice-chancellors, members of the Planning Commission of India, agriculture experts, retired IPS and IAS officers, veteran journalists and others wrote: “In the understanding of the farmers, and rightly so, the implementation of these three laws would not only accentuate their crisis but would also pose a serious threat to their livelihood.”

The letter read, “Pan India, the movement is getting amazing support and cooperation from the farmers, agricultural labourers, youth and civil society organisations. The Indians settled abroad (Non-Resident Indians), members of civil society across the globe are also lending support to this movement of farmers. Globally, India is facing a serious setback to its cherished values of democratic and human rights.”

The intellectuals pointed out that already, India’s ranking regarding rights and freedom has begun sliding in indices released by independent monitors.

“The adamant attitude of the Union government is causing unprecedented psychological and physical sufferings to lakhs of agitating farmers consisting of women, children, old people and youth, who have been camping in the open on the outskirts of Delhi for the last more than 140 days and are facing numerous problems. Already more than 300 persons have died, several hundred have suffered injuries and detentions in the on-going struggle and there does not seem to be an amicable solution in sight. Camping in temporary shelters at the Delhi borders in extreme winter and scorching heat of the summer is not easy. This reflects the long patience and suffering of the farmers, labourers, women and youth in this protest,” the letter read.

Also Read: The Protesting Farmer Is Caught Between the Devil and the Deep Blue Sea

It further mentioned that millions of work-days have been wasted as a result of which agriculture and growth of the country is going to be adversely impacted. “The on-going movement needs to be understood in the larger human and social context as the standoff is in no body’s interest,” they said.

The letter says that against this backdrop, the signatories earnestly appeal to the government to be “fair to the farmers who are providing food security” to the nation. “The government is urged to immediately invite the farmers’ leaders and find an amicable solution in order to end the stalemate. We also appeal to the leadership of the SKM that they should respond positively to the government’s invite as and when such an invitation is extended,” they emphasised.

Responding to this development, Dr Darshan Pal, president of the Krantikari Kisan Union, said that the letter was sent by a group of intellectuals to PM Modi and Union agriculture minister Tomar around three days ago.

“They have also sent a copy of the letter to the SKM leadership. These prominent intellectuals have appealed to both sides to end this stalemate. However, we have not got any response from the government so far. The government should think over it and initiate dialogue, as SKM leadership has always been open to talks over the crucial issue of farm laws,” he said.

Shingara Singh Mann, secretary of BKU (Ekta Ugrahan), said that the stalemate will only end through dialogue. He said the groups have not yet got any invite from the government so far. “The Modi government was claiming that they were just a call away. But to date, the stalemate has continued. The government should put aside its adamant attitude and listen to the farmers,” he said.

Responding to a letter that he received, Meghalaya governor Satya Pal Malik extended support to the farmers’ protest once again. Malik had received a letter from Sombir Sangwan, president of the Sangwan Khap Chalis from Charkhi village (Charkhi Dadri) in Haryana.

In his letter to Sangwan dated April 23, Satya Pal Malik expressed solidarity with the protesting farmers. He added that he had tried to apprise Prime Minister Narendra Modi and Union home minister Amit Shah that they were on the “wrong path” in dealing with the farmers’ protest earlier.

“I am coming to Delhi in the first week of May and would speak to the concerned leaders about the farmers protest and ensure that they agree to your demands,” he said. 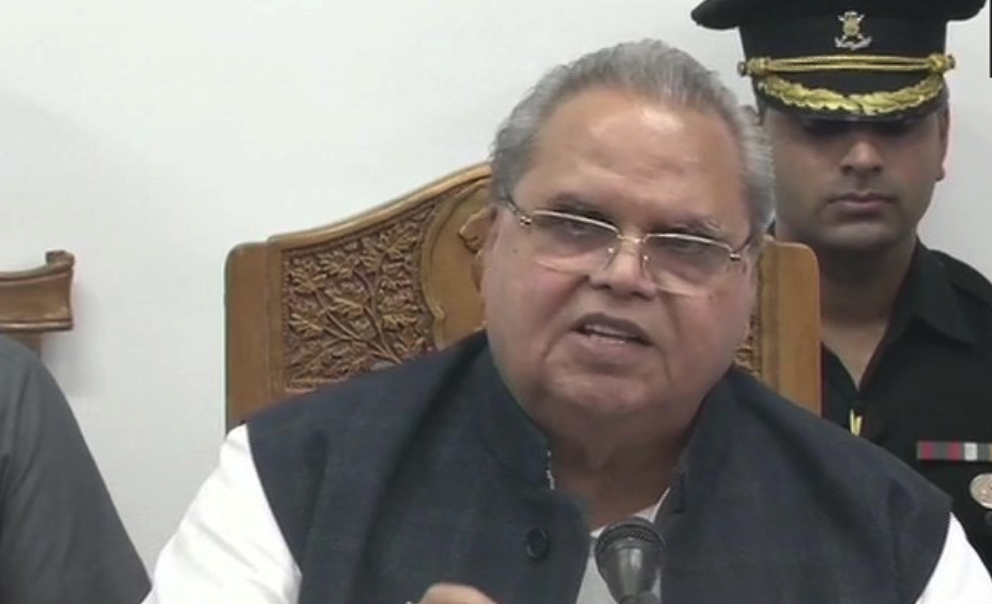 Malik mentioned that during his previous meeting, he had suggested to PM Modi and Amit Shah that they should accept the farmers’ demands. “I had also suggested [to] them that [the] farmers’ protest cannot be suppressed. Centre …. should find a solution and accept the demands of the farmers. I will keep on trying to convince the government and do whatever is possible at my end,” he said in the letter.

Notably, in March, Satya Pal Malik had backed the farmers’ protest and said that he would speak up, even if he was removed from his post. He had also urged Modi and Shah not to offend the farmers. Malik had also claimed that it was he who prevented the arrest of Bhartiya Kisan Union (BKU) leader Rakesh Tikait at the Ghazipur border, in the aftermath of violence during the farmers’ tractor rally on January 26.