UP: Family Awaits Compensation, Struggles to Get By After Losing Son to Police Torture

Faisal Husain, a vegetable vendor in Unnao district, passed away after being beaten up by the police for allegedly violating lockdown rules.

New Delhi: Faisal Husain, a vegetable vendor in Uttar Pradesh’s Unnao, died less than an hour after being brutally beaten by the Bangarmau police for violating lockdown curfew on Friday (May 21). His mother, Naseema Bano, is unable to speak even two days after his death. “My son…” she says, and starts crying over the phone. Faisal would have turned 20 in August this year, she manages to say.

A post-mortem conducted on the victim’s body on Saturday found 14 injury marks, according to the police. This includes injuries on the head that suggest someone attempted to crush his skull, confirming police brutality. Additional superintendent of police (SP) Unnao, Shashi Shekhar, confirmed that Faisal suffered these injuries, thus disproving the local police theory that prima facie, it appeared as though Faisal had died of a heart attack.

Two police constables, Vijay Chaudhary and Seemavat, were suspended while a home guard, Satya Prakash, was dismissed from duty after the incident. As per the Unnao additional SP’s directions, charges were filed against the three under several sections, including murder. The home guard has been arrested while the two constables are on the run.

SP Unnao, Anand Kulkarni, in a press release said that raids are being conducted to find the remaining two accused police officers. He added that the investigation would be conducted by the crime branch.

Faisal’s family of six has lost their only breadwinner to what they call “police torture”. The family says that after asking Faisal his name, the policemen slapped him and took him to the police station to torture him. He was later taken to the Community Health Centre when his health suddenly began deteriorating, and was declared dead by the doctors.

Also read: Mangaluru Police Violence: A Year on, Muslim Victims Wait for Names to Be Dropped From FIRs

Faisal was selling vegetables from a sack next to his house in a small market at around 2 pm when this incident took place. He had just returned after offering his Friday prayers, the family told The Wire.

The police say that they had taken him to the police station because he was flouting lockdown rules. His family, however, is not convinced. They say that selling vegetables does not count as “flouting” the lockdown rules.

“Moreover, the police asked him his name, and they slapped him when he told them,” his cousin, Noman Husain, said.

“We could see him only after he was dead…”

Noman says that the family was not allowed to look at Faisal’s condition when they reached the police station. “We could see him only after he was dead…” Faisal’s body was finally handed over to his family the next morning at 5 am, after a post-mortem. His was buried the same day, at around 1 pm.

Uttar Pradesh has announced a “corona curfew” till May 31, 2021, in the wake of rising COVID-19 cases in the state and across the country.

Mohammad Ayan, Faisal’s 15-year-old brother, will now have to start working to support the family. His 22-year-old brother, Mohammad Sufiyan, is suffering from both mental and physical disabilities, he told The Wire.

The victim’s father, Islam Husain, is in his late 60s, and sells toffees from his house as he cannot work outside anymore due to his age and poor health conditions. His mother, Naseema Bano, is in her 50s but has lost sight in one eye. She used to embroider clothes for customers using dim lighting at night before she went partially blind.

Now that the family’s sole breadwinner has died, the family is struggling to make ends meet, says Noman.

“How can I trust the police now?”

Naseema worries that the police may not take action against the culprits. “The same police that killed my son now have the responsibility to bring him justice. How can I trust them now?” she asks. An officer posted at the SP’s office is investigating the case and not the local Bangarmau police, as the family feared tampering and influence. 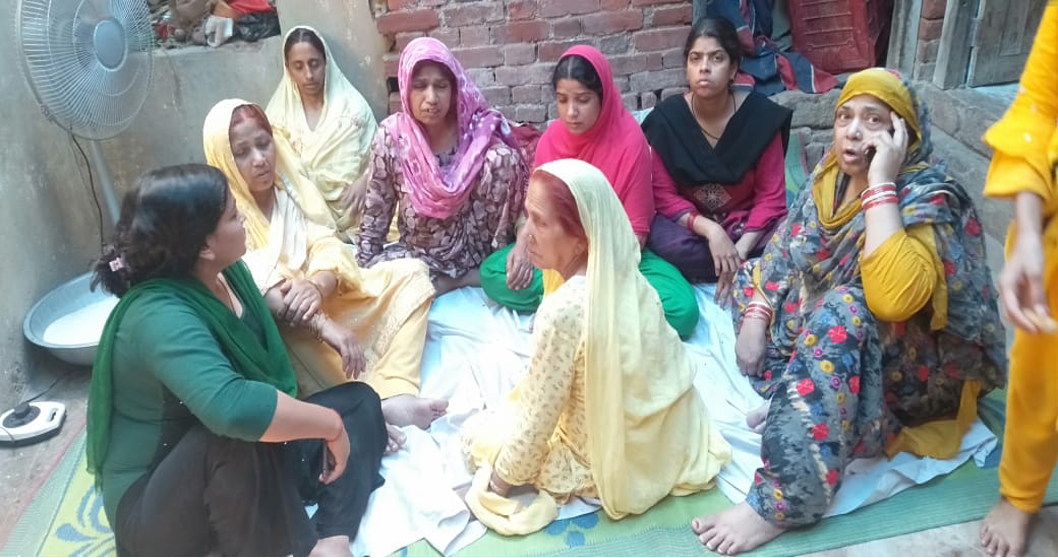 Faisal, according to his family, spent two years in Pune learning mechanical work so he could come back and support his family. He had returned from his training because of his 26-year-old sister Rehnuma’s wedding.

“Shortly after, coronavirus emerged and a lockdown was imposed because of which he could not go back. He started selling vegetables like lemon, coriander and chillies near the house to sustain the family,” Khushnuma, his 22-year-old sister, told The Wire. Since all the brothers and sisters have not been formally educated and do not have school degrees, they had no choice but to rely on Faisal’s job.

“He would buy vegetables worth Rs 500 from the wholesale vegetable market, bring it back to the village and make a profit of Rs 150-200 on a daily basis,” Khushnuma added. The family lives in a small house which leaks during the rains and cannot even afford to get it fixed, Noman told The Wire.

The government has not yet officially announced any compensation for the victim’s family. The additional SP, though, told The Wire that the government is planning three kinds of compensation – under the Pradhan Mantri Awas Yojana and chief minister’s relief fund, and from the collectorate.

The family now wants strict action against the culprits, but adds that it will in no way bring justice to the innocent young man. His father asks, “Even if the culprits are arrested, who will take care of us now?” 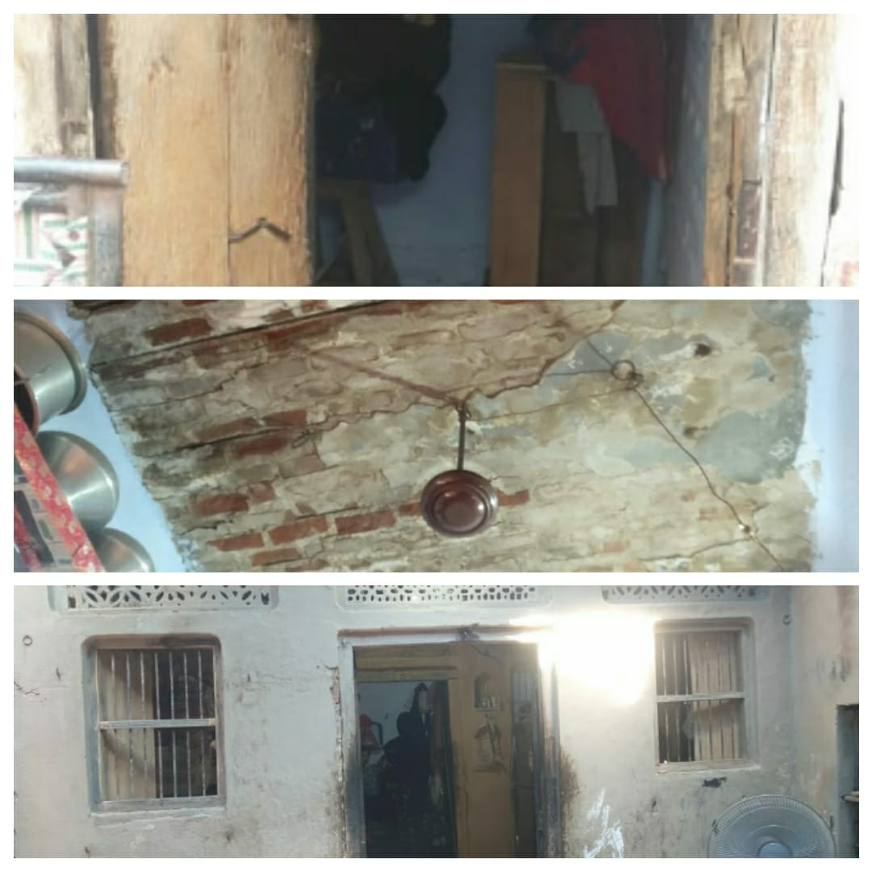 On the day of the incident, family members along with hundreds of locals came out to protest in Bangarmau. UP chief minister Yogi Adityanath has not yet given any statement on the matter. Former chief minister and Samajwadi Party leader Akhilesh Yadav has spoken to the family over the phone and assured them of all required support.

Arti Bajpai, district president of the Congress party in Unnao, said that her party has promised to extend financial support to the family because of their weak financial condition. She has accused the current MLA from the ruling party, Shrikant Katiyar, of being biased against minorities as he did not visit the victim’s family. “So, when a child from a Muslim family dies, you [referring to Shrikant Katiyar] will not even visit them? This is clear bias,” she says.

Family was struggling to meet basic needs in lockdown

Alok Anwar, a member of the PUCL (People’s Union for Civil Liberties) in Uttar Pradesh said that a team of three people visited the family on the day of the incident. “They reported that the family is extremely poor and were struggling to even meet their basic needs because of the lockdowns, and because of that the young man was forced to sell vegetables to sustain his family,” he told The Wire.

He added that the Yogi Adityanath-led UP government is using the state as a lab. “Violence is a big part of this structure, which is creating fear among minorities and other marginalised sections of the society such as Dalits. This also sometimes include women,” he said.

He further says that this government’s “Brahminical”, “patriarchal” and “Hindutva” ideology, of which the police are a big part, is making progress stagnant in the state. “The police get a free hand in such reigns,” he added. Another team of four activists from PUCL and HRLN (Human Rights Law Network) will be visiting the victim’s family on Monday.

No standard definition of “custodial death”

Raja Bagga, senior researcher at the ‎Commonwealth Human Rights Initiative, reiterates that the police are often violent. He says that these incidents occur because of a culture of impunity and low accountability or prosecution among police forces. He further says that this incident is not an isolated one.

Watch: Burden of Debt Piles Up on Family of Imprisoned Anti-CAA Protester

NCRB and NHRC are the two organisations that keep an account deaths in police custody and judicial custody. “But the NCRB and NHRC only collate data that the states provide them with,” Bagga said. Often times, he added that unnatural/suspicious deaths get recorded as deaths occurring from “natural causes” by the NCRB. “Even in this case, the police were initially saying that he died of a heart attack,” he said.

His organisation is currently developing a tracker to identify how big the gap between the official data and unofficial numbers of custodial deaths is. According to him, there is no standard definition of a “custodial death” and that the Supreme Court of India only specifies the definition of “custody”.