"We are alarmed that a public intellectual who has made selfless contributions to the nation through his scholarship, can be under the threat of imprisonment on the basis of extremely questionable and prima facie motivated evidence." 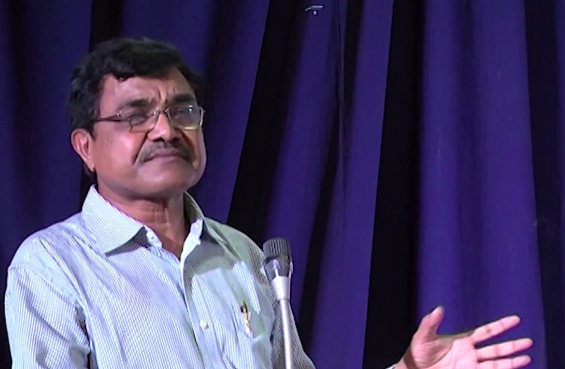 New Delhi: A number of students and teachers at the Indian Institutes of Management in Ahmedabad and Bangalore and the Indian Institute of Technology, Gandhinagar have expressed their solidarity with Anand Teltumbde, who faces imminent arrest in the Bhima Koregaon case.

Teltumbde, an alumni of IIM Ahmedabad and well-known academic recognised for his work on the anti-course discourse, has been booked under two charges – for allegedly plotting to assassinate prime minister Narendra Modi, and for allegedly inciting mob violence on the Dalits who had visited Bhima Koregaon on January 1 last year. As The Wire has reported before, activists and lawyers have pointed out a number of holes in the case against him.

“As faculty members, we are proud not only of Prof. Teltumbde’s achievements in the corporate world but also of the extremely rich scholarship he has produced on a diverse range of topics, including the Constitution of India,” some faculty members at IIM Ahmedabad have said. “We are alarmed that a public intellectual who has made selfless contributions to the nation through his scholarship, can be under the threat of imprisonment on the basis of extremely questionable and prima facie motivated evidence.”

“We and our students continue to benefit immensely from Prof. Teltumbde’s work. As citizens, we admire and benefit from Prof Teltumbde’s principled defense of civil rights in the pursuit of public interest. We see the abuse of the already draconian, UAPA to threaten and intimidate Prof Teltumbde with flimsy evidence as a threat not only to one individual but all of us, who firmly believe in the Constitution, the rights and obligations it confers.”

A group of students and teachers at IIM Bangalore have expressed solidarity with their colleagues in Ahmedabad. “Prof. Teltumbde has contributed significantly to the cause of social justice and his actions have been in the interest of strengthening Indian democracy. We are concerned about the repression faced by persons who speak for social justice, and those who serve as role models for the aspiring youth,” their statement says.

Twenty-five students and faculty members at IIT Gandhinagar have said that the charges against Teltumbde are an attempt to stifle academic freedom. “Dr. Teltumbde has opposed, with documentary evidence, all those charges levied against him by the police. Nevertheless, the latter remains in a capacity to detain him under the powers allotted to them by the UAPA. We see this as a suppression of academic freedom, and in the larger sense, also as a deliberate violation of rights and liberties. We stand by Dr. Teltumbde, and demand that all charges against him be dropped, and his arrest withheld, until the Police is able to present convincing evidence.”

On January 14, the Supreme Court refused to quash the FIR against Teltumbde, making him susceptible to arrest.

Lawyer Sudha Bharadwaj, prison rights activists Vernon Gonsalves and Arun Fereira and Telegu poet and activist Varavara Rao have also been arrested in the case, but are yet to be chargesheeted.