EC Decides Those Left Out of NRC Will Have Right to Vote: Reports

Around 1.2 lakh 'doubtful' category voters were not allowed to vote for this year's Lok Sabha elections. 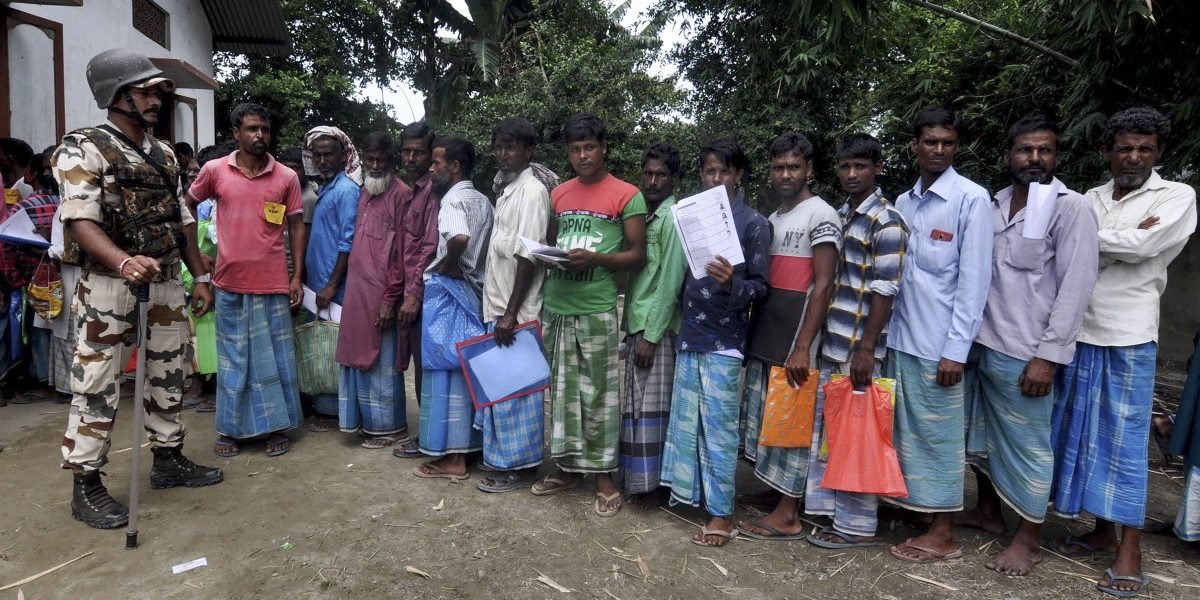 People stand in a queue to check their names on the final list of the NRC outside a Gaon Panchayat office in Pavakati village, Morigoan, August 2019. Photo: PTI/Files

New Delhi: The Election Commission, which had earlier this year assured the Supreme Court that the draft National Register of Citizens (NRC) will not be a basis to deny residents voting rights, has now stated that voters left out of the NRC will not be termed “doubtful” and will have the right to vote.

Citing a “senior official” of the poll panel, Indian Express reported that the EC has “taken a call” on the issue of voting rights in Assam and arrived at the decision.

The report explained that doubtful or ‘D’ voters are those whose citizenships are either uncertain or disputed. It said it was in 1997 that the poll panel introduced this category while revising the voter list of Assam.

The report said ‘D’ voters would continue to remain on Assam’s electoral roll, but they would not be able to vote in an election unless their case was decided by a Foreigners’ Tribunal. There are around 100 Foreigners Tribunals in Assam and 200 more are expected to be set up.

Those left out of the final NRC have been allowed 120 days to appeal against their exclusion at the Foreigners Tribunals. An appeal against the orders of these tribunals can also be made before the high court and the Supreme Court.

During the Lok Sabha elections too around 1.2 lakh ‘D’ voters had not been able to vote. However, those excluded from the draft NRC were allowed to cast their vote.

There is widespread belief that many genuine citizens have been left out of the identification exercise and several parties, including the BJP, have also demanded a re-verification.

In March this year, the Commission had assured the Supreme Court that the draft NRC would not form the basis to deny voting rights. The case had come up before a bench headed by Chief Justice of India Ranjan Gogoi.