The new advisory says health workers should be quarantined only in case of “high risk exposure” or if they report symptoms suggestive of COVID-19. 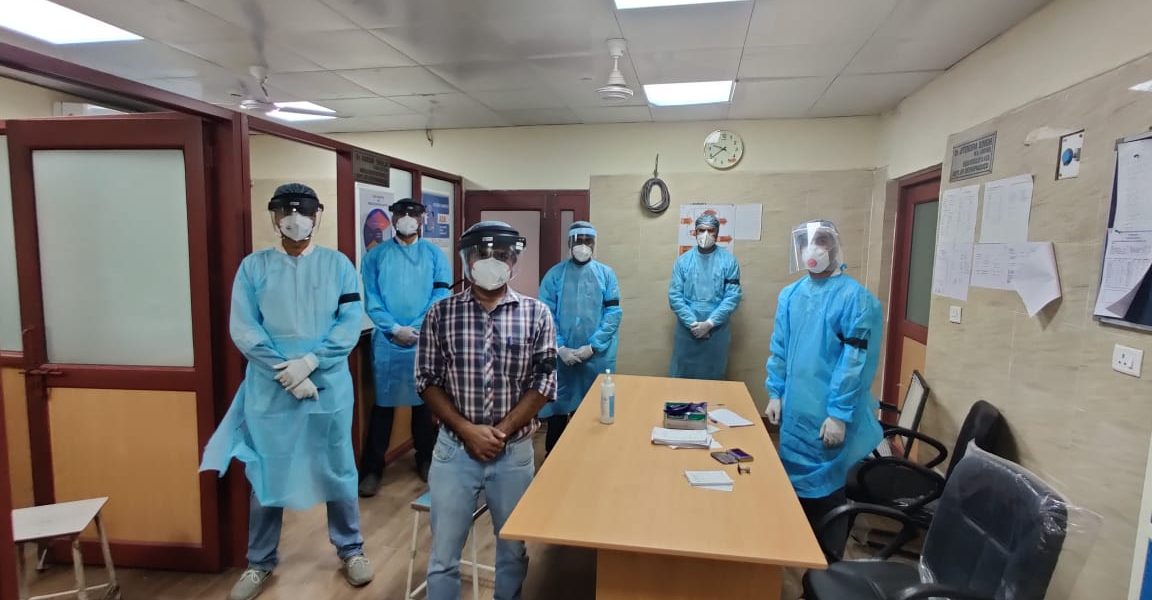 New Delhi: On May 22, doctors and health workers treating COVID-19 patients across the country held a silent black-ribbon protest to express their disappointment over the revised quarantine guidelines issued by the Centre and some state health departments.

Resident doctors’ associations (RDAs) and unions of Deep Chand Bandhu Government Hospital, Sanjay Gandhi Memorial Hospital, Lady Hardinge, Lok Nayak Hospital and RML Hospital, among others, observed the protest. It happened only days after the Federation of Resident Doctors Association (FORDA) wrote a letter to Union health minister Harsh Vardhan to revoke the advisory. The letter said “many asymptomatic doctors are testing positive for COVID-19 at present” and the ministry must rethink their new advisory.

The protests’ organisers told IANS that if governments don’t rethink their guidelines, they will “intensify their agitation”.

The new advisory, issued on May 15, changed the quarantine advisory for healthcare workers working in hospitals qualified to treat COVID-19 patients, and said workers should be quarantined only in case of “high risk exposure” or if a worker reported symptoms suggestive of COVID-19.

According to the old guidelines, all workers were advised a 14-day quarantine after 14 days’ COVID-19 duty.

On the same day, the FORDA organised its protest, the AIIMS resident doctors’ association also sent a strongly worded letter to their director, Dr Randeep Guleria. The letter called the government’s new guidelines “unscientific and ill-founded” and that revising the existing quarantine protocols for healthcare workers could “prove detrimental in the country’s efforts to contain the pandemic”.

The AIIMS RDA then demanded that “if the availability of healthcare workers is a problem,” each worker should be tested between the fifth and seventh day after completing 14 days duty.

The letter finally called the Centre’s move to limit quarantine “an act of government forsaking the people of the country and their saviours, the underpaid, overworked doctor with minimal safety precautions … as the country approaches its peak.”

Dr Srinivas Rajkumar, general secretary of the AIIMS RDA, told The Wire that even the Centre’s old guidelines were unscientific.

That is, the government could reduce the quarantine period from 14 to seven days and instead test all healthcare workers attending to COVID-19 patients even if they don’t show symptoms. And “even if this much can’t be done for doctors,” he continued, “then what can be done?”