Despite SC's Stance on Sedition, Charge Slapped on JNU's Kanhaiya Kumar, Others

The apex court said that if comments, however strongly worded, do not have the tendency to incite violence, they cannot be treated as sedition. 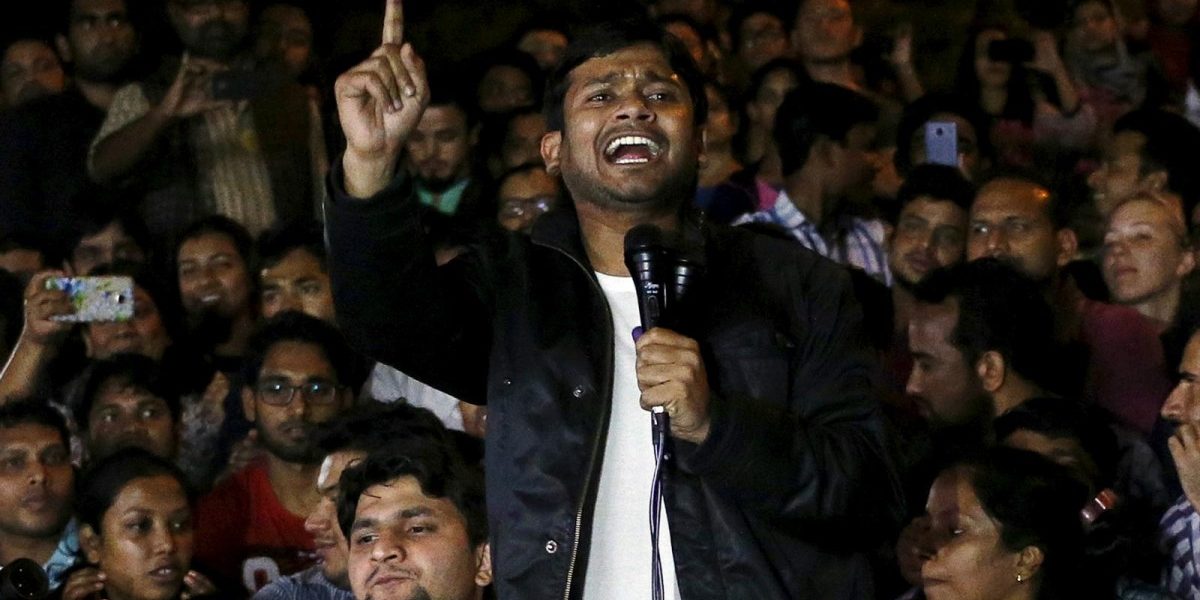 Kanhaiya Kumar at the JNU campus on March 3, 2015. Credit: Reuters

New Delhi: The Delhi police on Monday filed its chargesheet against former Jawaharlal Nehru University Students’ Union (JNUSU) president Kanhaiya Kumar and others in a sedition case lodged in 2016.

The Delhi police also charged former students – Umar Khalid and Anirban Bhattacharya – for allegedly using ‘anti-India’ slogans during an event organised on the JNU campus on February 9, 2016, on the anniversary of the hanging of Afzal Guru. Former JNUSU vice-president Shehla Rashid has also been named, but not charged.

Metropolitan magistrate Sumit Anand put up the chargesheet for consideration before a court on Tuesday.

The police alleged that Kanhaiya incited the crowd and was part of the mob that allegedly raised ‘anti-India’ slogans.

A case was registered on February 11, 2016 under Sections of 124 A (sedition) and 120B (criminal conspiracy) of the IPC against unknown persons at Vasant Kunj (North) police station following complaints by BJP MP Maheish Girri and the ABVP.

In March 2016, a magistrate report into the event said that anti-India slogans were not raised and stated the videos were doctored to this effect. It is unclear if the police is using the same videos as evidence against the students.

The students questioned the timing of the chargesheet and claimed it was politically motivated.

Kumar said the chargesheet was filed just ahead of the 2019 Lok Sabha elections, showing it to be politically motivated. “But we are happy that the chargesheet is finally filed. We demand a speedy trial now so that the truth comes out. I trust the judiciary of my country,” he said.

In a joint statement, Khalid and Bhattacharya also questioned the timing, adding “chargesheet should ideally be filed within 90 days after the FIR and not 90 days before the next election.”

“As the people of this country have prepared their own chargesheet against this anti-people, anti-poor and communal government, it has once again tried to deflect attention from its failures by raking up this issue just before elections,” they said.

On Twitter, Khalid said he is prepared to face trial to prove his innocence. “But are you [Narendra Modi] ready to face a JPC on Rafale scam, or at least face a press conference once?” he said.

Hearing about the chargesheet being filed, I have only one thing to say – we are ready to face trial in court of law to prove our innocence.

But are you ready to face a JPC on Rafale scam, or at least face a press conference once?

The Nation Wants To Know!

According to Hindustan Times, Rashid called the case “bogus” as she was not present on the campus on the day of the incident. “It is a bogus chargesheet that has been filed ahead of the Lok Sabha elections to reap political benefits,” she said.

Aparajitha Raja, a PhD student who is Rajya Sabha CPI MP D. Raja’s daughter, called the chargesheet an assault on “students’ activism”. Raja’s name, like Rashid’s, is under column 12 of the chargesheet as police are gathering evidence against her.

“The fact that it has taken them three years to put together a chargesheet clearly shows that it has no grounds. It is a cooked up matter to silence the voices of students who speak against the power. No seditious activity has ever taken place on the JNU campus,” she said.

It may be recollected that on January 10, Assamese leaders and intellectuals Hiren Gohain, Akhil Gogoi and Manjit Mahanta were charged with sedition for opposing the Citizenship (Amendment) Bill.