A Year on, Over 300 Victims of North-East Delhi Violence Await Proper Compensation

An assembly sub-committee constituted by the Minorities Welfare Committee has worked with victims and officials to ensure proper compensation to victims, and over 2,200 cases have been settled. 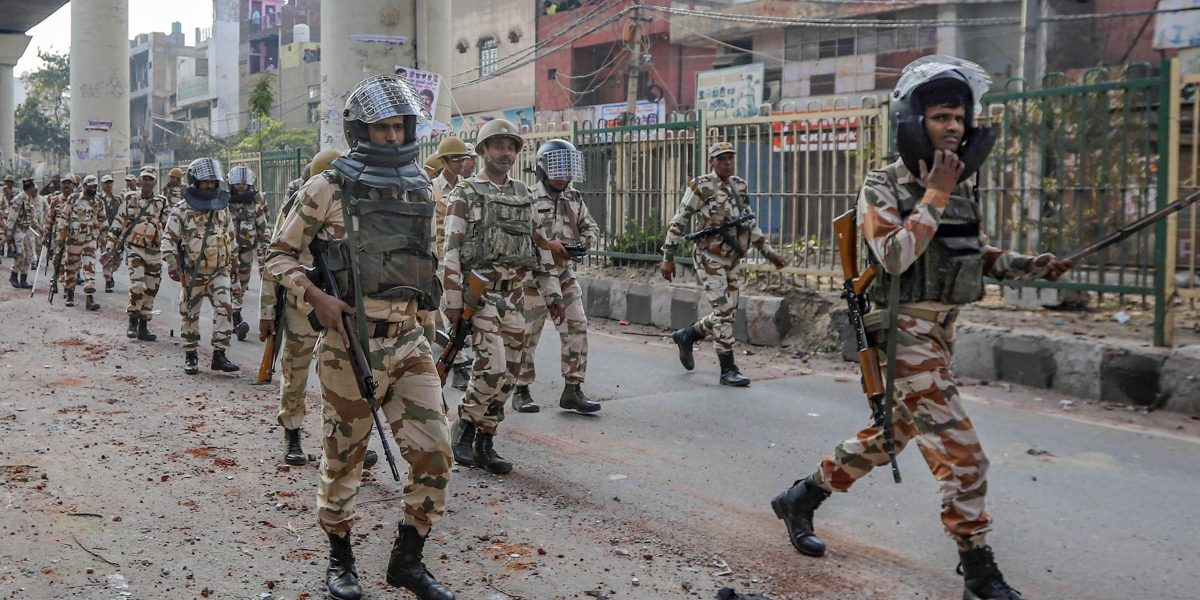 New Delhi: While on the face of it the disbursement of Rs 26 crore to 2,221 victims of the North East Delhi communal violence of February 2020 appears meagre, even reaching this level has taken a lot of effort from the sub-committee which was constituted by the Delhi Legislative Assembly’s Minorities Welfare Committee in August last year. At the time of the constitution of this panel, compensation of only Rs 6.32 crore had been paid in 47 cases.

Since the process of evaluation of loss and payment of compensation was slow in the beginning and many complaints were filed regarding inaccurate assessment of loss or injury, the minorities panel chairperson and Aam Aadmi Party MLA from Okhla, Amanatullah Khan, had announced the constitution of the sub-committee to gather “correct information” about the compensation paid to the victims.

Khan had stated that in association with Delhi Waqf Board officials, the sub-committee will conduct a survey to learn how many people received compensation, it if was adequate and if any victim was left out. The sub-committee comprised four legislators – Tughlaqabad MLA Sahiram Pehalwan as chairperson, Abdul Rehman of Seelampur, Haji Yunus of Mustafabad and Prahalad Sahni of Chandni Chowk.

Slow pace of compensation led to creation of assembly sub-panel

However, since then, hundreds of complainants approached the Compensation Claims Commission and the Minorities Welfare Committee of the Delhi assembly, claiming that they have not been paid proper compensation. While the Commission received 2,600 applications, the assembly panel has dealt with around 700.

Also read: Delhi 2020, the Real Conspiracy: What the Police Chose Not to See

On how the assembly panel has been going around dealing with people’s grievances, Zia Ul, an Associate Fellow with the Delhi Legislative Assembly, who is looking after the work related to Mustafabad constituency in the sub-committee, told The Wire that “wherever people had complained that they had been paid less compensation than they should have been, the verification was done again. It was compared if they had been compensated as per the rates and categories decided by the government. The Committee worked towards getting enhanced and correct compensation for these victims.”

He said, “In the first meeting of the committee, all the concerned sub-divisional magistrates and district Magistrates were called and they were asked on what basis the compensation was paid. Thereafter, they explained how things were done as per the government guidelines. But we then carried out a survey of the victims to see if the compensation which had been paid was actually what they were entitled to as per their loss or injury.”

The difference in compensation for various categories was quite substantial. For example in the case of complete damage to a house, Rs 5 lakh compensation was announced, for major loss it was Rs 2.5 lakh. Similarly for death of an adult, the ex-gratia was Rs 10 lakh and in the case of a minor it was Rs 5 lakh. Likewise, in the case of injuries, the compensation announced was Rs 2 lakh for serious injury and Rs 20,000 for minor. However, permanent disability due to injury carried a compensation of Rs 5 lakhs.

Zia said there were many cases where the compensation was not in accordance with the fixed rates for that nature of loss or injury. “The Committee was constituted to address these issues and it has worked on three major categories. A large number of people came to us who said they had photographic evidence and videos of damage to their houses or their being completely burnt during the violence. They complained that they were not adequately compensated for the loss in line with the guidelines.”

Then, he said, the Committee saw all those videos and it raised the issue with the SDMs and DMs and asked them to review the compensation they had paid in light of the new facts which emerged. “It raised the issue of proper compensation not being paid. One major issue which emerged was that none of the SDMs had assessed the cases in their own jurisdiction and SDMs from outside were given the responsibility for carrying out this task. So in a lot of cases, the complaints pertained to the issue of proper verification not happening.”

Also, the government criteria for payment of compensation was that if someone’s entire house was gutted, only half payment would be made for it. “So what happened was that in some cases of `major’ loss, the SDMs evaluated it to be ‘minor’. The Committee got many such cases reverted to their category they ideally belonged to.”

`Panel got compensation enhanced in many cases’

The Committee got many cases reviewed and categorised correctly in cases of personal injury too. “There was a case of Akram, whose one hand was completely damaged. However, in the hospital his injury was entered as one of `minor’ nature. So he was only paid Rs 20,000 compensation. He then appeared before the Committee through the local MLA and then his hand was shown to the SDM and DM. They were told that he lost his entire hand and yet was being treated as a minor case. Then his compensation was raised from Rs 20,000 to Rs 5 lakh, since it was a case of permanent disability.”

Also read: A Year After the Delhi Violence, a Letter to Our Friends in Jail

Stating that the cases before the Committee pertained to all types – loss of life, injury and damage to both commercial and domestic property – Zia said, “We did the verification for all these cases with the videos and then presented the findings before the Committee. These details were then placed before the SDMs and DMs.”

He said so far the compensation has been enhanced in around half of these cases following a review by the Committee. In some cases, the files had also gone missing and they too were helped by the panel. “This also helped a lot of people who would have found it difficult to approach the SDMs directly with their matter,” he added.

Over 300 cases still to be settled

In the remaining cases, he said, while the files have moved, the issues were still being deliberated as the video evidence was not conclusive in nature. “For example, if someone’s house could be seen burning or completely damages, that case was resolved quickly. But if in a case, it was alleged that the property had been looted, then it was difficult to assess the exact loss. Likewise, in cases of partial damage to property, the assessment was not clear.”

So such cases have been put in the pending category. These are being examined afresh by a sub-committee. They would be reopened and reassessed by new teams which would go to the site and speak to neighbours of the victims to learn if the extent of loss claimed by the victim had actually taken place or not, Zia said.

Due to the efforts put in over the past few months, the number of compensation cases settled has gone up. So far the Delhi Government has disbursed Rs 26.09 crore to 2,221 victims. Of this, Rs 4.25 crore has been paid to the next of kin of 44 people killed in the riots; Rs 1.75 crore to 233 injured people; Rs 11.28 crore in 1,176 cases of damage to residential property and Rs 8.51 crore to 731 people whose commercial establishments were destroyed. However, considering there were around 2,600 claims originally, over 300 still remain to be settled.