Those present observed a minute's silence for the people who had lost their lives in the last two days. 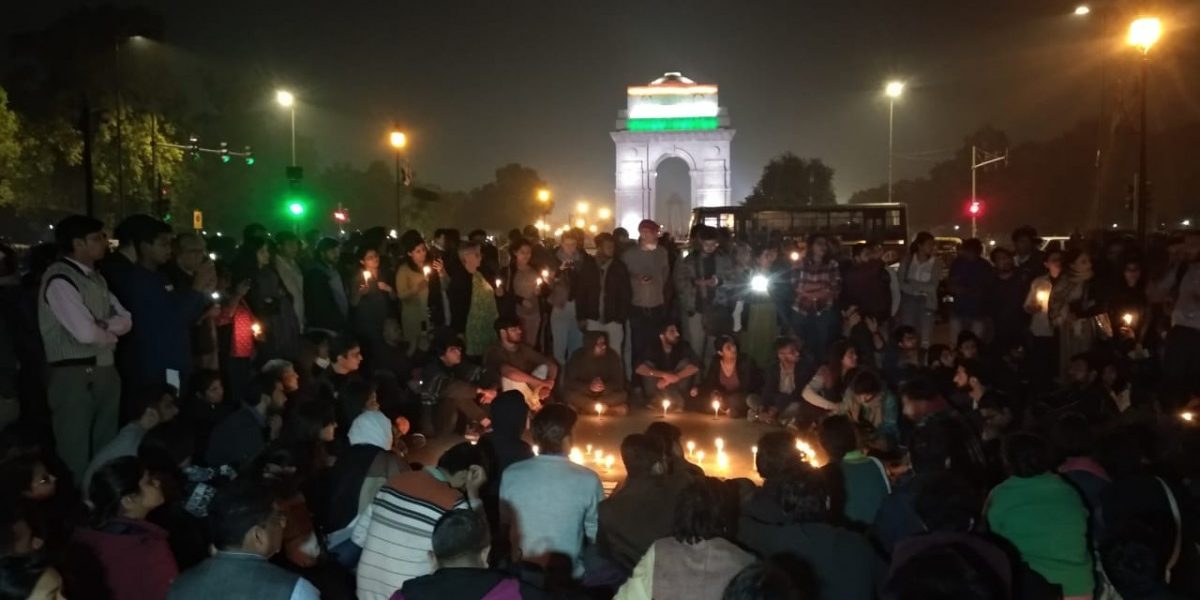 New Delhi: Around 300 concerned citizens of Delhi assembled at the India Gate on Tuesday evening to light candles and mark a silent protest against the ongoing Delhi riots.

Till the last confirmed reports came in, the death toll in the riots that have occurred in north east Delhi since February 24 had claimed 13 lives including that of a head constable. More than 150 people have been reported injured.

Before observing a minute’s silence in memory of those dead and others admitted to various hospitals, a Delhi resident who identified himself as Dushyant, addressed those assembled in Hindi.

Calling it “state sponsored violence”, he called for justice to the innocent people who lost lives in it. He said, “Law and order of Delhi comes under Central government. In the best case scenario, it has either failed to do so or it has been executed due to its approval or abetting.” A woman, who refused to give her name, told The Wire, “I just heard that people are assembling here to register their silent protest against what is happening in Delhi, so I came. I am upset. I have come as a concerned citizen. I have seen the 1984 riots, the 2002 riots (in Gujarat) and this is 2020. This shouldn’t happen.”

Vani Subramanian, a member of the women’s group Saheli Trust, said, “This city has been burning for the last 38 hours and people are feeling helpless, frustrated, angry and desperate. Because we have worked very hard, specially in the last few months when we have seen a series of protests (anti-CAA ones) which we have not seen in our lifetime.” 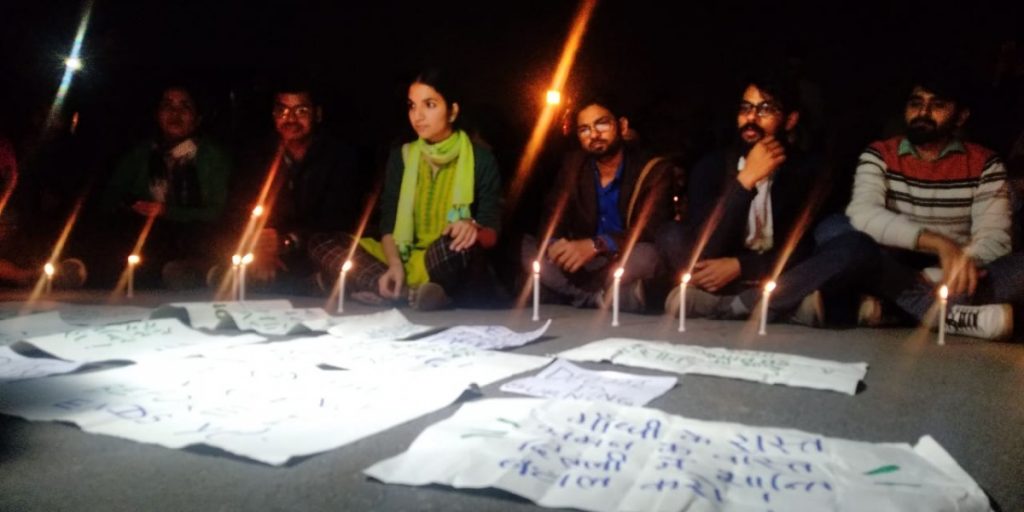 “They have been the most inspiring, the most beautiful, the most peaceful protests against a law that is so discriminatory. And when you felt that you can breathe in this deteriorated political atmosphere, that people have a voice, then we hear so many hate speeches delivered in the national capital just before the Delhi elections and after it. Now we see this violence and police watching it helplessly. So what can an ordinary citizen do?”

Those assembled sat by a police barricade that stopped public entry to the monument. 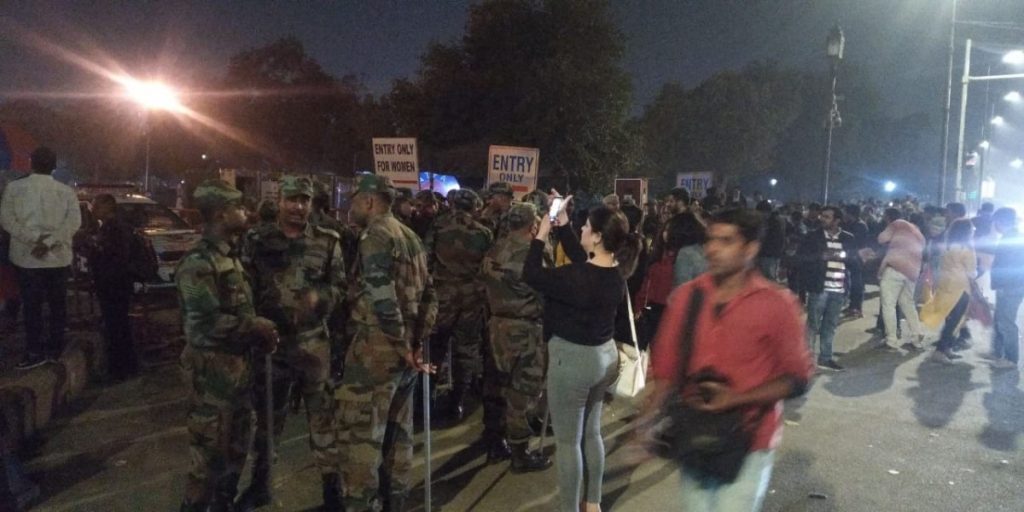 On being asked, Sub-Inspector Jagvir Singh who was manning the barricade said it has been a rule to block entry to India Gate from 7.30 pm onwards during the winter months and thus, entry to protesters too had been blocked on Tuesday. A considerable number of policemen were present at the site.

A large number of people were sighted lighting candles outside the barricade.